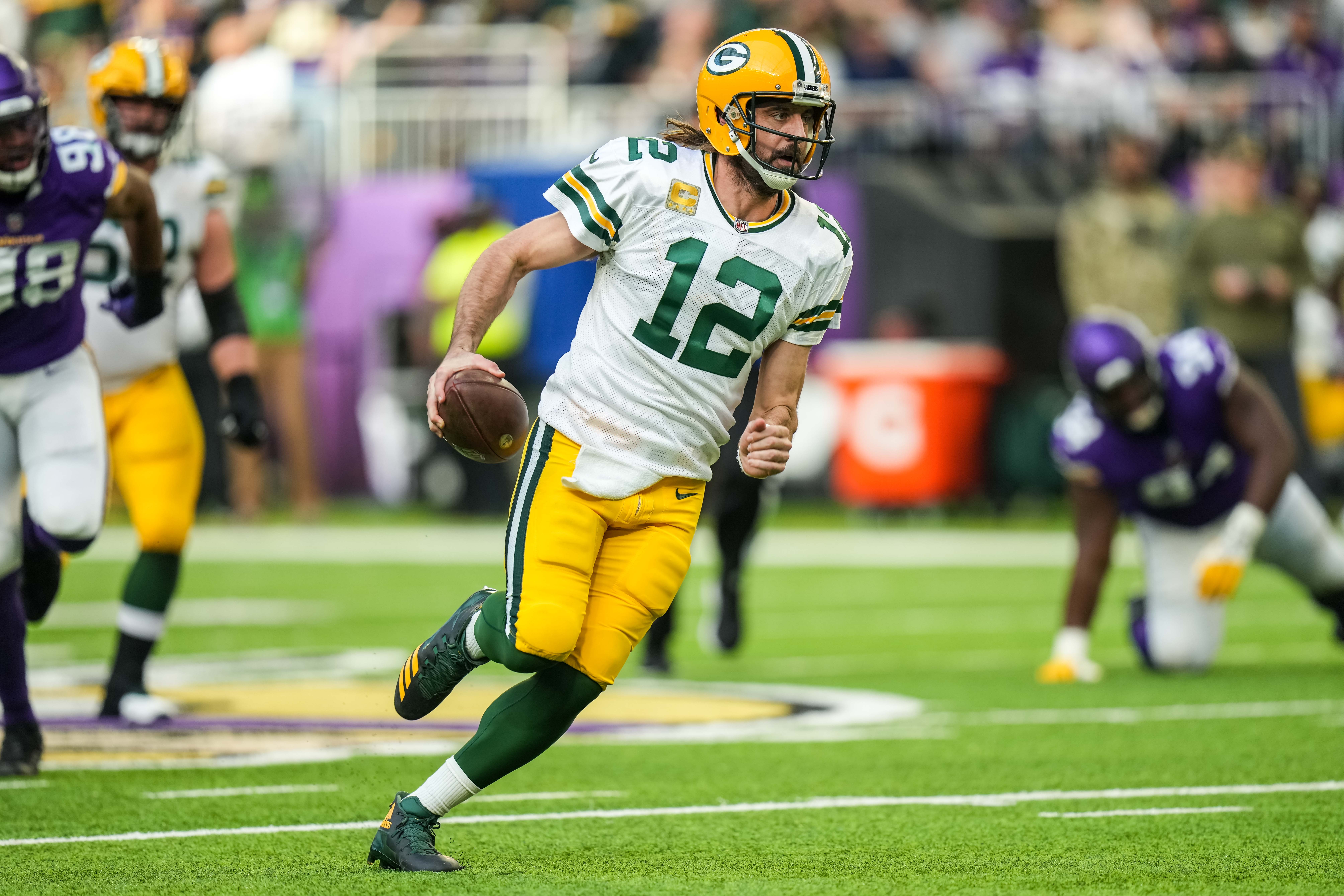 The Green Bay Packers lost to the Minnesota Vikings 34-31 on a last second field goal by Greg Joseph. It was an exciting and back and forth game which the Packers easily could have won.

Aaron Rodgers threw for 385 yards and four touchdowns while both Davante Adams and Marquez Valdes-Scantling topped 100-yards receiving, but in the end, the Packers defense couldn’t make the key stop and they fell on the game’s final play.

Here are 10 things we learned from the Packers 34-31 loss to Minnesota:

The Packers entered this game as the least penalized team in the NFL while the Vikings were one of the most penalized. Unfortunately for the Packers, they were called for eight penalties in this game for 92-yards and many of them came at the worst possible time.

The biggest one wiped out a big interception by Darnell Savage that would have ended a Vikings touchdown drive that put them ahead 16-3 in the second quarter. Kingsley Keke was the called for roughing the passer on the play and the Vikings kept the drive alive and scored on a 10-yard pass to Adam Thielen.

In a close game against a division rival, you can’t beat yourselves but that’s just what the Packers did against the Vikings.

The injury bug continues to bite the Packers. In this game, they lost Pro Bowl offensive lineman Elgton Jenkins to an apparent knee injury in the second half. Jenkins was carted off to the Packers locker room and did not return to the game.

With David Bakhtiari still not back from his knee injury, the Packers may have to rely on Nijman again to hold down the left tackle spot.

We will wait for an update on Jenkins’ status early this week, but it didn’t look good as he came off the field.

Meanwhile, Aaron Rodgers admitted he re-aggravated his injured toe and described it as a little worse than turf toe. How this injury will affect Rodgers going forward remains to be seen although he played a strong game against Minnesota, finishing with a quarterback rating of 148.4.

The Vikings had one of the worst run defenses in the league coming into this game and the Packers figured to run the ball frequently with A.J. Dillon getting the bulk of the carries.

Instead, the Pack ran only 19 times all game with two of those being scrambles by Rodgers and one being a kneel-down just before halftime by Jordan Love.

Dillon finished the game with 53 yards on just 11 carries, an average of 4.8-yards per carry.

The Packers fell behind 16-3 early in this game and that unquestionably reduced the number of times they ran the football but running the ball more would have made more sense and helped keep the Vikings offense off the field.

The Packers knew Justin Jefferson was going to get his share of catches, but they couldn’t prevent him from making big plays.

Jefferson finished the game with eight catches on 10 targets for 169 yards and two touchdowns. He also drew a 37-yard pass interference call in the second quarter against Darnell Savage that set up a touchdown.

He had a 43-yard catch on the Vikings opening drive that set up a field goal. He also caught a 56-yard pass in the first quarter that put the Vikings on the Green Bay one to set up their first touchdown. Late in the third quarter, he had a 21-yard catch and then added a 23-yard touchdown pass in the fourth quarter.

Jefferson had more than 100 yards receiving by the end of the first quarter and the Packers struggled to recover from that.

No matter how the Packers tried to cover Jefferson, he found a way to get open and not just make catches but make splash plays that hurt the Pack.

Both offenses were efficient and effective on third down. The Packers were 7-of-11 on third downs and often converted after coming up 1st-and-15 or 1st-and-20 after committing costly penalties.

The Vikings were even better on third down, converting 9-of-13 third down opportunities for a 69.2 percent success rate.

After playing outstanding football in recent weeks, the Packers defense was unable to get off the field consistently in this game.

Had the Packers made a few more stops on third down, they would have likely won this game.

The Packers did a solid job of preventing Dalvin Cook from beating them. The Vikings star running back gained 86 yards on 22 carries with a long run of just 13 yards.

He wasn’t a major factor until late in the game when he picked up some key yards on the Vikings final drive.

Still, if you would have told Packers fans before the game that the defense would hold Cook to less than 100 yards rushing, just under four-yards per carry and a long run of just 13 yards, most fans would have signed up for that in a heartbeat.

Cook was not the reason the Packers lost and the run defense did its job in this game.

The Packers clearly missed Rashan Gary who was inactive after suffering a hyperextended elbow last week against Seattle.

The Packers managed two sacks in the game, both by Preston Smith, but they were unable to get consistent pressure on Kirk Cousins and the result was a big day for the Vikings quarterback.

The defense had only five quarterback hits all game, three from Preston Smith and two from a blitzing De’Vondre Campbell.

Gary may not always sack the quarterback, but he gets consistent pressure and is near the top of the league in that category. His absence was felt as neither Tipa Galeai nor Jonathan Garvin were able to provide much pass rush.

The news was mixed for Mason Crosby and the Packers struggling special teams. On the opening drive, Crosby hit a 54-yard field goal which gave the Packers an early 3-0 lead and all seemed well. Crosby also hit all four of his extra points.

But on the Packers first drive of the second quarter, Crosby missed a 32-yard field goal that bounced off the upright. In a game the Packers lost by a field goal, that miss was costly.

The Packers lack confidence in their kicker right now and they still need to straighten this out before playoff time.

The Packers clearly liked the matchup of Marquez Valdes-Scantling against the Vikings secondary and they kept throwing the ball to the speedy wideout.

In the first half, MVS had only two catches on eight targets although one of those catches gained 39 yards.

In the second half, they targeted Valdes-Scantling only twice but one of them was for a 75-yard touchdown that tied the game with just 2:04 left in the game.

His final numbers for the game were 123 yards on four catches and one touchdown.

With a win, the Packers could have put a stranglehold on the division and been comfortably ahead of the Vikings with six games remaining on the schedule.

Now, the Packers are 8-3 while Minnesota is 5-5 or 2.5 games back with six to play for the Packers and seven for the Vikings. The rematch with Minnesota at Lambeau Field on January 2 may now become a critical game for the Packers who can’t take their foot off the gas if they hope to win the division.