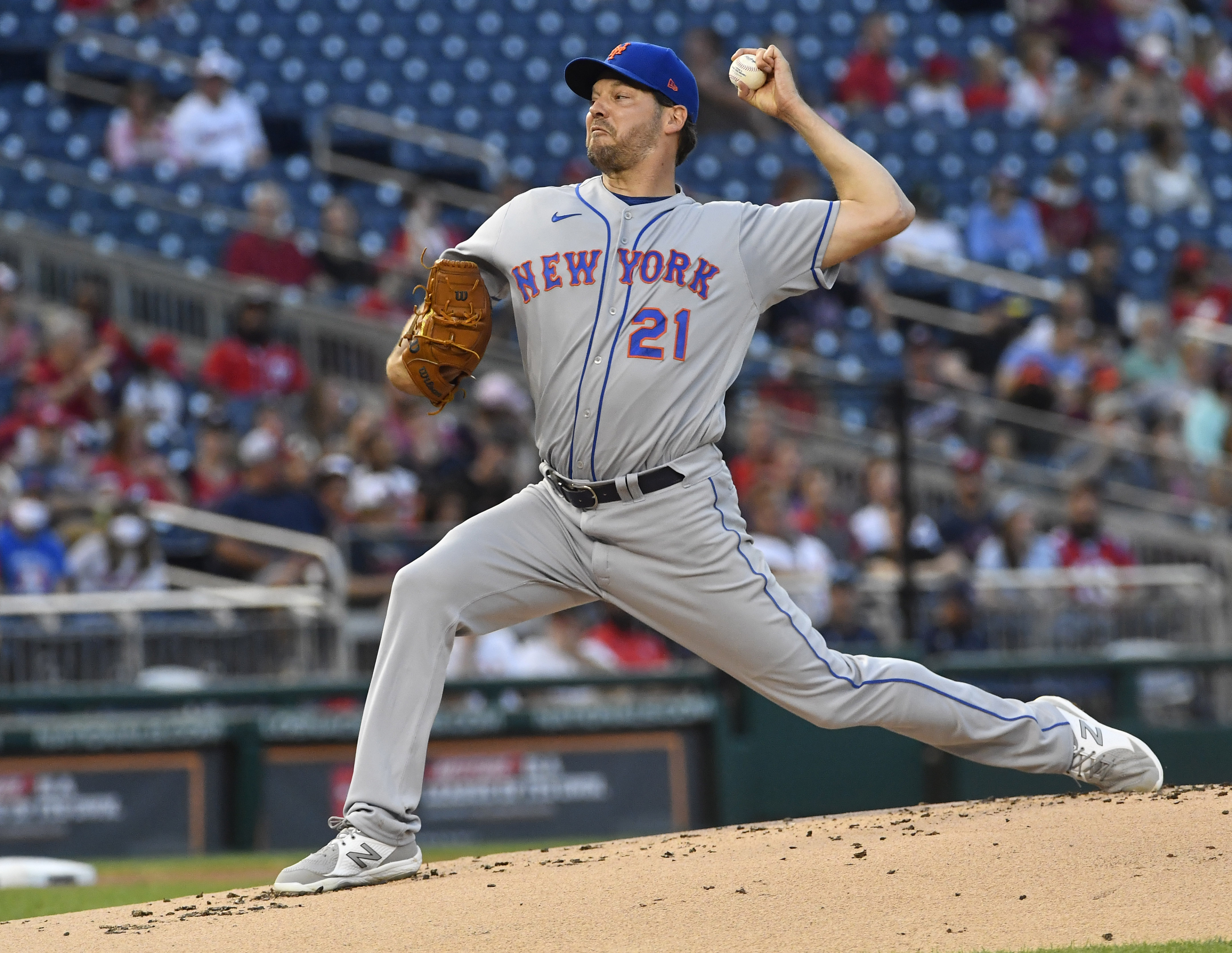 Now that the 2021 season is over for the New York Mets, we have been looking back at the year that was. After taking a more general view of the offense, pitching, and coaching staff, it’s time to take a deeper dive into the Mets’ players. This series will take a look at every player on the roster for the Mets at the end of the season from A (Albert Almora Jr) to Y (Jordan Yamamoto). The review will look at their season statistics, stories, and what role (if any) they will have next season. We continue the series today with a look at starting pitcher Rich Hill.

Story: Rich Hill began 2021 with the Tampa Bay Rays after signing a one-year deal worth $2.5 million over the winter. Things started out well for Hill in Tampa Bay as he went 6-4 with a 3.87 ERA and earned the American League’s Pitcher of the Month in May by going 3-1 with a 0.78 ERA in six starts. With a surplus of rotation options, the Rays ended up dealing Hill to the Mets in late July for relief pitcher Tommy Hunter and a prospect.

The Mets got Hill as rotation depth with the goal of having him hold the fort until Jacob deGrom and Noah Syndergaard returned from their injuries. Neither made it back in time to contribute, allowing Hill to finish the year in the Mets’ rotation. Hill pitched well in New York, finally earning a win as a Met in his last start of the season, but he delivered plenty of quality outings down the stretch.

Hill was a steadying presence for the Mets and continued to demonstrate the ability to give quality innings to them at age 41. There is no question that Hill pitched well enough to win more than one game as a Met but circumstances often worked against him.

The Mets were interested in bringing Hill in prior to last season and he seemed to enjoy pitching in New York. Hill would be a good fit for the Mets as experienced rotation depth but in an ideal world the Mets would have him be their sixth starter, possibly working out of the bullpen as a long man if everyone is healthy. It is unclear if that possibility would appeal to Hill, who may be looking to land in a situation where he is guaranteed a rotation spot.

Check back tomorrow as our Player Review Series continues with a look at outfielder Khalil Lee!