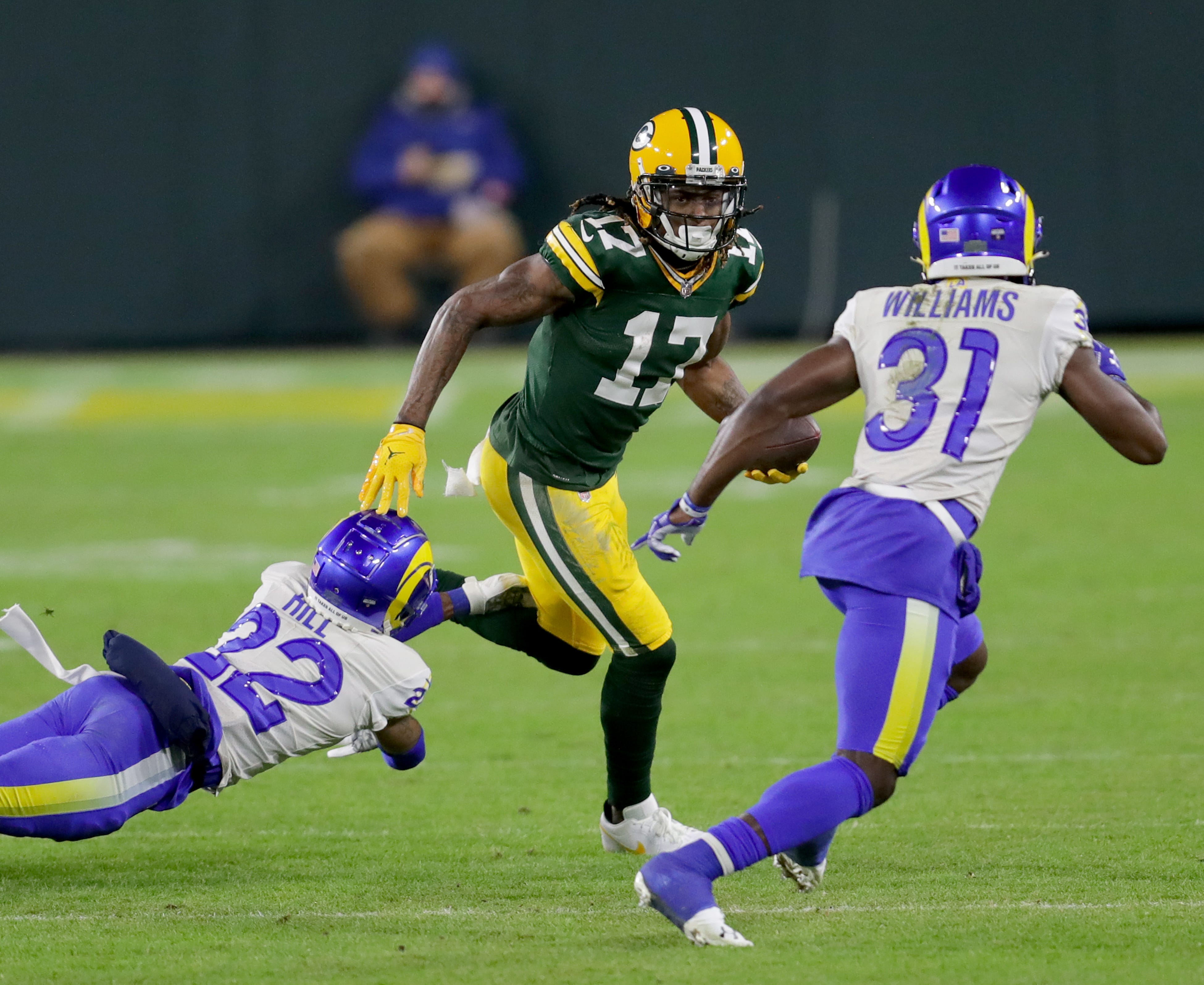 The Green Bay Packers return home to face the Los Angeles Rams in an NFC matchup with playoff tie-breaking implications. The Packers lost to the Minnesota Vikings last week 34-31 and are now 8-3 on the season and in first place in the NFC North. The Rams had a bye last week and are 7-3. They have lost their last two games including 31-10 defeat in San Francisco two weeks ago.

The Rams lead the all-time series by just one game, 46-45-2. The teams first met in 1937 when the Rams played in Cleveland and includes their two stints in LA and their time in St. Louis. The Packers have won two of the three playoff meetings between the two clubs including a 32-18 win at Lambeau in the Division Playoffs last season. The Packers have won six of the last seven meetings including that playoff game last January.

Here is a look at six key factors that will determine who wins Sunday’s game in Lambeau:

The Packers are still without David Bakhtiari, their All Pro left tackle and now they are also without Elgton Jenkins who did an outstanding job after moving to tackle this season. Jenkins is now out for the season after suffering an ACL injury last week.

That means third string left tackle Yosh Nijman will be protecting Aaron Rodgers’ blind side. Nijman did a solid job for three weeks when Jenkins missed time due to an ankle injury. He often needed help from tight ends or running backs and he will likely need some help again.

Edge rusher Leonard Floyd is the Rams top pass rusher with 7.5 sacks while Aaron Donald remains one of the best interior pass rushers and has six sacks. The Rams also acquired Von Miller at the trade deadline which gives them another pass rushing weapon.

Look for Matt LaFleur to call quick release and short passes to help the offense limit the effectiveness of the Rams pass rush.

The Packers got away from the run last week against the Vikings because they fell behind early and took so many penalties that they were often facing 1st-and-20 or 2nd-and-15 situations.

Running the ball can also help slow down the Rams pass rush by preventing them from teeing off on the quarterback.

Aaron Jones’ status for the game is still unknown as he missed last week’s game with a knee injury. Even if Jones plays, look for A.J. Dillon to get the bulk of the carries for the Packers.

Dillon is a strong, between-the-tackles runner who is tough to bring down one-on-one. The interior of the Packers offensive line will have to run block Donald and find a way to control the clock and set up the play-action passing game. The Packers need to keep running even if they aren’t very successful early.

One of the best matchups in this game will be Packers Pro Bowl wide receiver Davante Adams against Rams Pro Bowl cornerback Jalen Ramsey.

In the playoffs last year, Adams won the battle and caught nine passes for 66 yards and a touchdown on a cold, January day in Green Bay.

The two talented players have a friendly rivalry and both look forward to the competition between them.

Look for LaFleur to scheme Adams open for some short passes and eventually try to set up some splash plays downfield with similar starts to the routes.

If Adams has a productive day, the Packers offense is downright dangerous.

The Rams have two very dangerous receivers in Cooper Kupp and the recently-signed Odell Beckham, Jr.

Kupp has an impressive 85 catches for 1,141 yards and 10 touchdowns in 10 games. He’s been remarkably consistent, catching seven or more passes in nine games this season and going over 100 yards receiving six times.

Kupp is 6’2” which means the Packers may want to have Kevin King match up against him although King has yet to practice this week (through Thursday) because of hip and knee injuries. Rasul Douglas and rookie Eric Stokes will also try to contain Kupp and safeties will also help double him when possible.

The Packers may not be able to stop Kupp but if they can contain him and prevent him from making big plays, that would be considered a successful day.

Beckham didn’t have much impact in his first game with Los Angeles two weeks ago, catching two passes on just 15 snaps. Last week’s bye should have given him a chance to learn the playbook and do more this week.

Beckham may have some extra motivation after saying he wanted to join the Packers as a free agent earlier this month but only receiving an offer for the veteran minimum from Green Bay.

The former Browns and Giants star is very talented but has been slowed down by injuries in recent seasons and has earned a reputation as a diva. If he can return to form, he can give the Rams another outstanding receiving weapon.

The Packers defense will need to contain Kupp and Beckham if they hope to win this game.

Stafford has been an upgrade for the Rams at quarterback over the departed Jared Goff. Stafford has an impressive 106.1 quarterback rating this season and has thrown for 3,014 yards and 24 touchdowns against eight interceptions.

The Packers are familiar with Stafford from his time in Detroit. Now he has a much better supporting cast.

The Packers will need to pressure Stafford. If they do, he can be forced into mistakes. Preston Smith will have some pressure on him to provide pass rush with Za’Darius Smith still on IR with a back injury.

The Pack also hopes to get Rashan Gary back this week after he missed the Minnesota game with a hyperextended elbow. Gary has been a limited participant in practice so far this week and getting him back would be a big help for the Packers pass rush and run defense.

The Packers are without OLB Jonathan Garvin who has been placed on the Covid-reserve list and Whitney Merciless who was lost for the season two weeks ago with a pectoral injury so depth is limited at edge rusher. Tipa Galeai is now the main backup on the Packers roster.

If Kenny Clark and Kingsley Keke can add pressure from the line, that could help the Packers even more in this situation.

Special teams have been a problem all season. The field goal kicking remains an issue as Mason Crosby missed another try last week in a three-point loss. Whether the problem started with the long snapper or the holder, clearly, Crosby’s confidence has been diminished by the lack of success this season.

It will be interesting to see how Rams punter Johnny Hekker and kicker Matt Gay handle the cold weather at Lambeau. Gay has been very consistent this season, hitting on 18-of-19 field goals but he has yet to kick in cold weather this year which could affect his timing.

The Packers cannot let special teams mistakes cost them valuable field position or turnovers. This is going to be a close game and special teams can make a big difference.

This game has a lot of tie-breaking implications come playoff time. If the Packers want to have a chance to be the top seed in the NFC, they need a win here. Meanwhile, the Rams need a victory if they hope to have any chance of catching the Cardinals for first place in the NFC West.

The Rams are also looking for revenge for last year’s playoff loss in which Donald played but was not healthy.

The key for the Packers will be protecting Rodgers. If they give Rodgers enough time to operate, he should be able to get some points on the board.