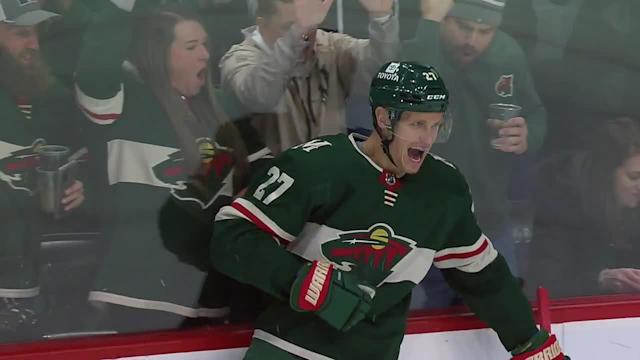 Its not how you start, but how you finish.  The Wild have shown they can finish, even when they decide to be a team that scores first instead of chasing the game as it has done earlier in the year.  Minnesota managed to earn all 6 points it had an opportunity to earn this week which will keep them atop of the Central Division standings.

Last week when I wrote my week summary for the Wild I pointed out the fact Minnesota was still a bit suspect defensively and between the pipes.  Coincidentally, Cam Talbot seemed to raise his game by stealing a victory against New Jersey and then having two more solid games against the Jets and this afternoon against the Jets.  It was more than just making the highlight reel save, but rather coming up with the timely saves that helped neutralize Winnipeg and Tampa Bay from ever really generating much in the way of momentum.

Offensively, the team is still scoring by committee and managing to have contributions from all four of its forward lines.  If there is any area of concern now is the flagging power play.  The Wild are managing to set up in the offensive zone but often focus on setting up the perfect shot instead of taking what the opposing penalty kill is giving them.  This was evident on Sunday afternoon when the Wild squandered 3 power plays in the 2nd period and were fortunate that didn’t come back to haunt them.  So why has the power play struggled?

I think its a combination of being too predictable in puck movement and a lack of traffic in and around the goal.  This makes it fairly straight forward for opposing penalty kills to defend Minnesota’s power play as well as for goaltenders to make saves when they have a clear view of any shot the Wild seem to take.  The Wild do not attempt much in the way of cross-ice passes to put the penalty kill out of position to block shots, which again makes it easier for them to adjust when you’re simply moving the puck from station to station.

Ryan Hartman continues to be clutch for the Wild (knock on wood), while Kirill Kaprizov has been busy piling up assists.  Kevin Fiala is managing to create scoring chances, but its amazing he still only has 3 goals this season which is the same amount as Victor Rask who has spent about half of the year in the press box.  Rask nearly had two goals on Sunday, but his goal was still important to give the Wild a lead and put pressure on the Lightning to keep up.

Jordan Greenway still has no goals, and while his effort along the wall and on the forecheck has been noticeable he doesn’t seem too interested in taking shots of his own.  Luckily for him, Marcus Foligno and Joel Eriksson Ek have been fairly productive this season but it would be nice for Greenway to be rewarded with a goal in the next few games.

Jordie Benn has been a pleasant surprise as he’s been placed into the lineup, playing on the 3rd pairing with Dmitry Kulikov.  He keeps it simple but doesn’t mind being physical in his own end of the ice.  I know that probably annoys Calen Addison fans, but the team is winning so until that changes I doubt Wild Head Coach Dean Evason sees much of a reason to change the lineup just to appease those fans.

The Wild have 3 games this week, as they continue their 5-game homestand where they are 2-0 on it already.  Hopefully they can continue to build on their strong start.

What did you think of the Minnesota Wild’s games this week?  Tell us on Twitter at @CreaseAndAssist! 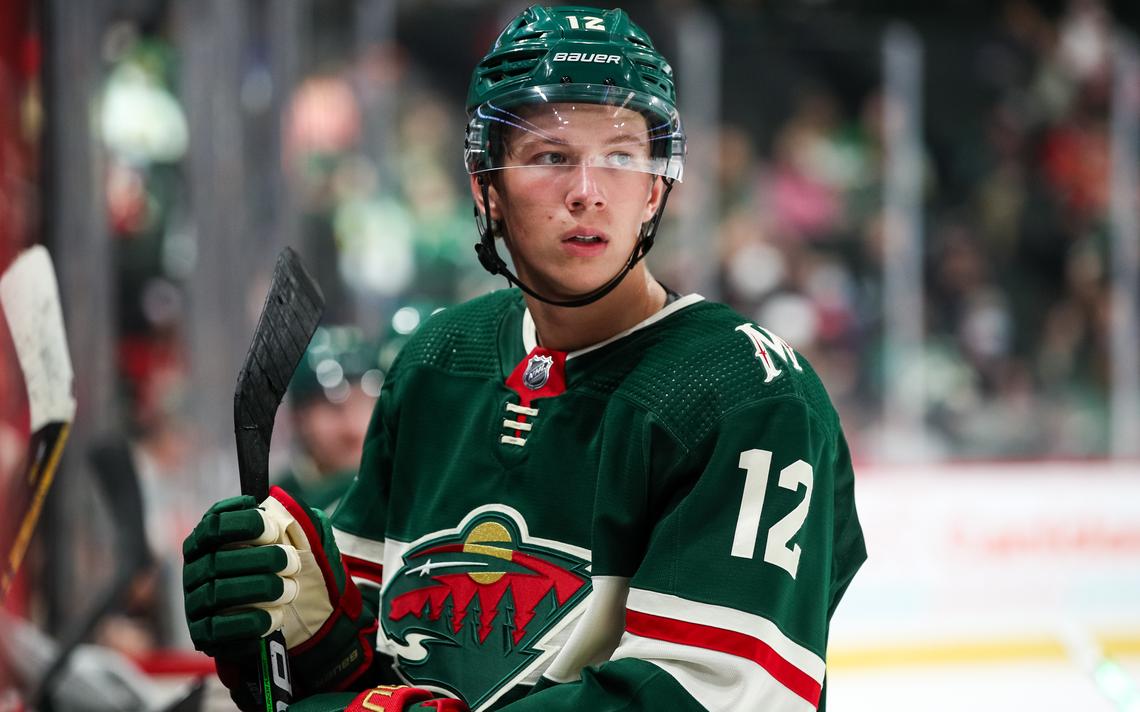 Wild Twitter is abuzz with fans clamoring for the Minnesota Wild to call up talented winger Matt Boldy from the team’s American Hockey League affiliate in Iowa.  Boldy has given them good reason to take notice with 3 goals and 3 assists in just 3 games this season with the Iowa Wild.  As Tim Army told KFAN‘s Brandon Mileski and Pat Micheletti on their most recent episode of Beyond the Pod, he discussed how Boldy has the ability to make the kind of plays that gets you out of your seat.  He has been impactful and is usually the most dangerous player on the ice whenever he gets a shift.

Boldy had played well last year in a late-season stint with the team, so it is encouraging to see him pick up from where he left off.  While fans are hoping the team will call him up, I’m rather lukewarm to the idea.  Why?  Because I see the benefit of him playing top minutes with Iowa and continuing to develop chemistry with players like Marco Rossi, Connor Dewar or Adam Beckman who could very well end up being his linemates in the future.  While I know that will likely make some of those fans eye roll, this organization has had a history of rushing its young players.  I think Wild General Manager Bill Guerin sees the value in developing players in Iowa.

Army has helped create a positive, winning culture and with the Minnesota Wild currently doing pretty well on its own so what is the rush?  My guess is the team wants to be a club full of youngsters but it flies in the face of what the big club has been so far.  The Minnesota Wild are a team that is playing greater than the sum of its parts.  It has the right mix of grit, speed and skill to be successful, and I think that applies for both the Minnesota Wild and the Iowa Wild.

Meanwhile, the Iowa Wild are playing with confidence and showing good depth all throughout the lineup.  The team added a small bunch of veteran defenseman to the club in Joe Hicketts, Jon Lizotte, Kevin Czuczman, Doyle Somerby and Dakota Mermis.  Hicketts has been the point-producer while the others have been a terrific source of stability for Tim Army’s squad.  This group deserves a lot of credit for making life a lot easier for goaltenders Andrew Hammond and Dereck Baribeau.

Beyond Calen Addison, the team didn’t have many prospects to work into Iowa’s lineup this season, especially since players young enough to still be eligible to play major junior were sent there to benefit from playing in bigger roles with their respective clubs.  So for players like Ryan O’Rourke and Daemon Hunt who spent most their season with Iowa are enjoying the greater ice time and role they have with the Greyhounds and Warriors respectively.  With the AHL now back to a true minor league level instead of a slightly diluted league due to NHL teams having taxi squads, this gives these young players the time to grow and develop at a natural pace.  Like I said before, what’s the rush?

RW – Pavel Novak (Kelowna, WHL) ~ The shifty winger had an assist on quick shot from the right faceoff dot in the Rockets’ 2-1 loss to Spokane on Wednesday.  He would add another assist in the Rockets’ 4-1 win over Prince George on Saturday.  Novak has 9 goals, 22 points, 8 PIM’s and is a +9 in 17 games.

RW – Josh Pillar (Kamloops, WHL) ~ The Blazers’ right-shot winger had assist on 3 shots in Kamloops’ 4-3 victory over the Winterhawks on Friday.  On Saturday, the Warman, Saskatchewan-native added another helper on 3 shots in the Blazers’ 3-2 win over Everett.  Pillar has 9 goals, 27 points, 15 PIM’s and is a +13 in 19 games. 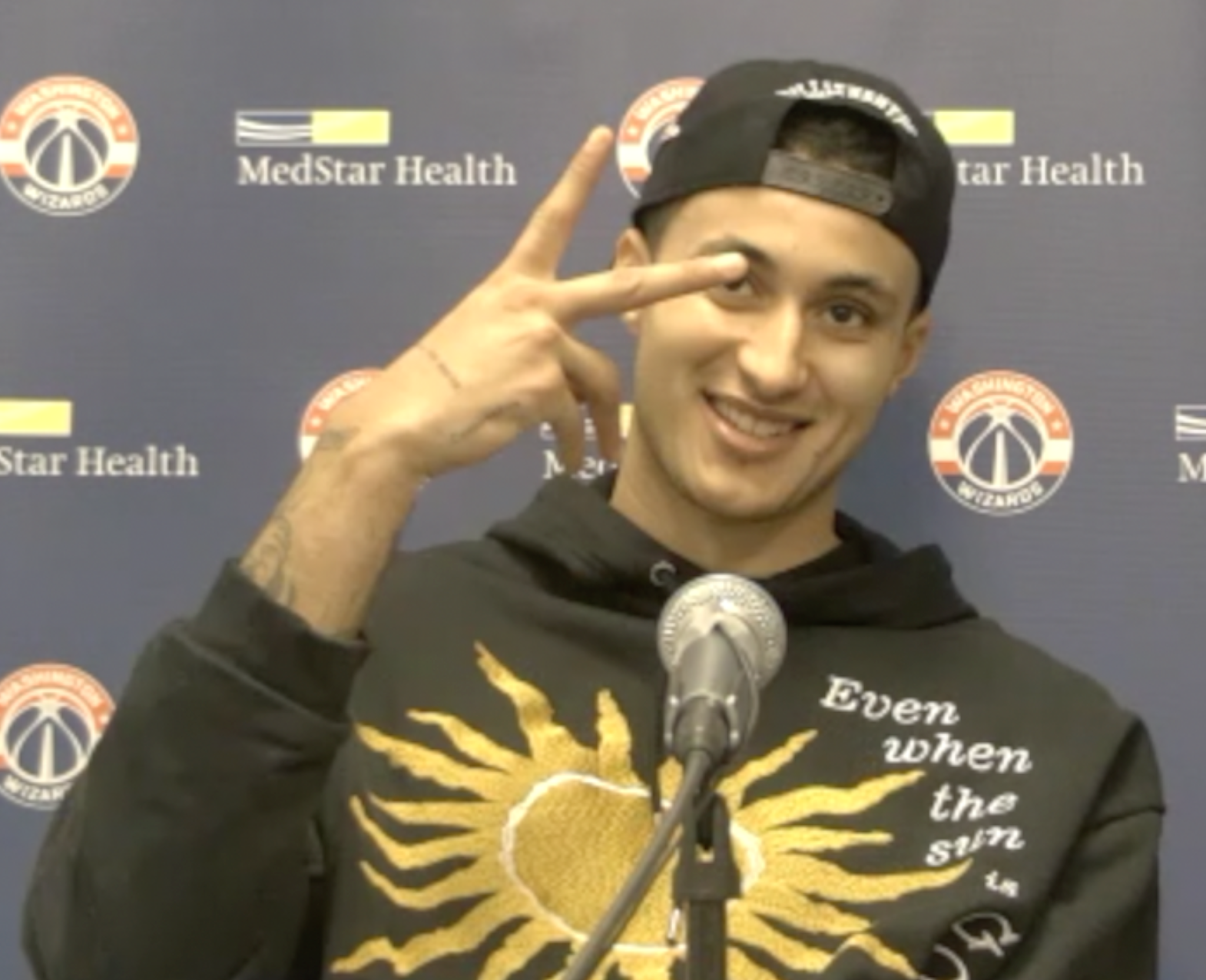 If you asked anyone within the Washington Wizards organization in the offseason if they would take a 13-7 record through the first 20 games of...