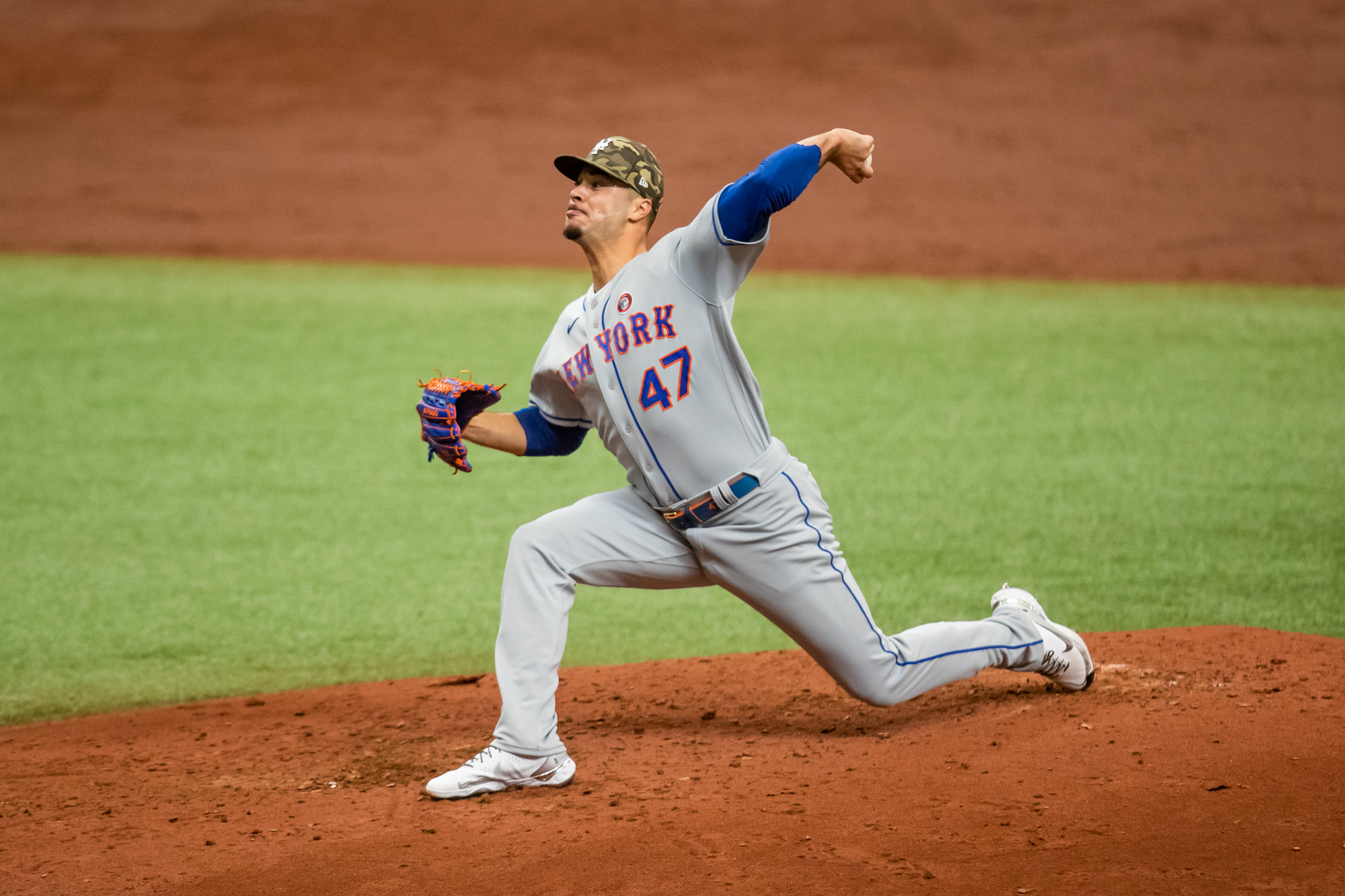 Now that the 2021 season is over for the New York Mets, we have been looking back at the year that was. After taking a more general view of the offense, pitching, and coaching staff, it’s time to take a deeper dive into the Mets’ players. This series will take a look at every player on the roster for the Mets at the end of the season from A (Albert Almora Jr) to Y (Jordan Yamamoto). The review will look at their season statistics, stories, and what role (if any) they will have next season. We continue the series today with a look at starting pitcher Joey Lucchesi.

Story: Seeking rotation depth, the New York Mets acquired Joey Lucchesi from the San Diego Padres in a three-team trade. Lucchesi was deemed expendable by San Diego after they acquired Joe Musgrove in that deal and the Mets were interested in him for his unique churve that had given hitters fits in the past. Injuries in the Mets’ rotation helped Lucchesi earn a spot in the team’s Opening Day rotation but a litany of rainouts and COVID postponements led to his turn being skipped frequently, which contributed to some early struggles for Lucchesi.

The Mets began using openers ahead of Lucchesi before injuries forced their hand to simply let him start games. Lucchesi looked much more comfortable at that point, delivering a string of solid starts that lowered his ERA from over 10 at the beginning of May to 4.46 by mid-June. Unfortunately for Lucchesi, he suffered a torn ulnar collateral ligament and underwent Tommy John surgery, ending Lucchesi’s season just as he was getting into a groove.

It took a bit for Lucchesi to get going but he looked like a good depth starter just before the injury. Lucchesi’s early-season struggles, however, make it hard to grade him any higher than this.

Lucchesi is arbitration-eligible for the first time but he won’t be able to pitch until late in the 2022 season due to the timing of his Tommy John surgery. Given the Mets’ recent flurry of transactions, Lucchesi could be a non-tender candidate to free up a 40-man roster spot for a new acquisition with an eye on retaining him on a minor league deal. The smart money says the Mets simply tender Lucchesi the deal to avoid the risk of losing him on the open market given their general desire to have depth in their rotation going forward.

1. George Kambosos Jr.: Shocked absolutely everyone except for himself, did what he’s been saying he was going to do and absolutely outclassed...