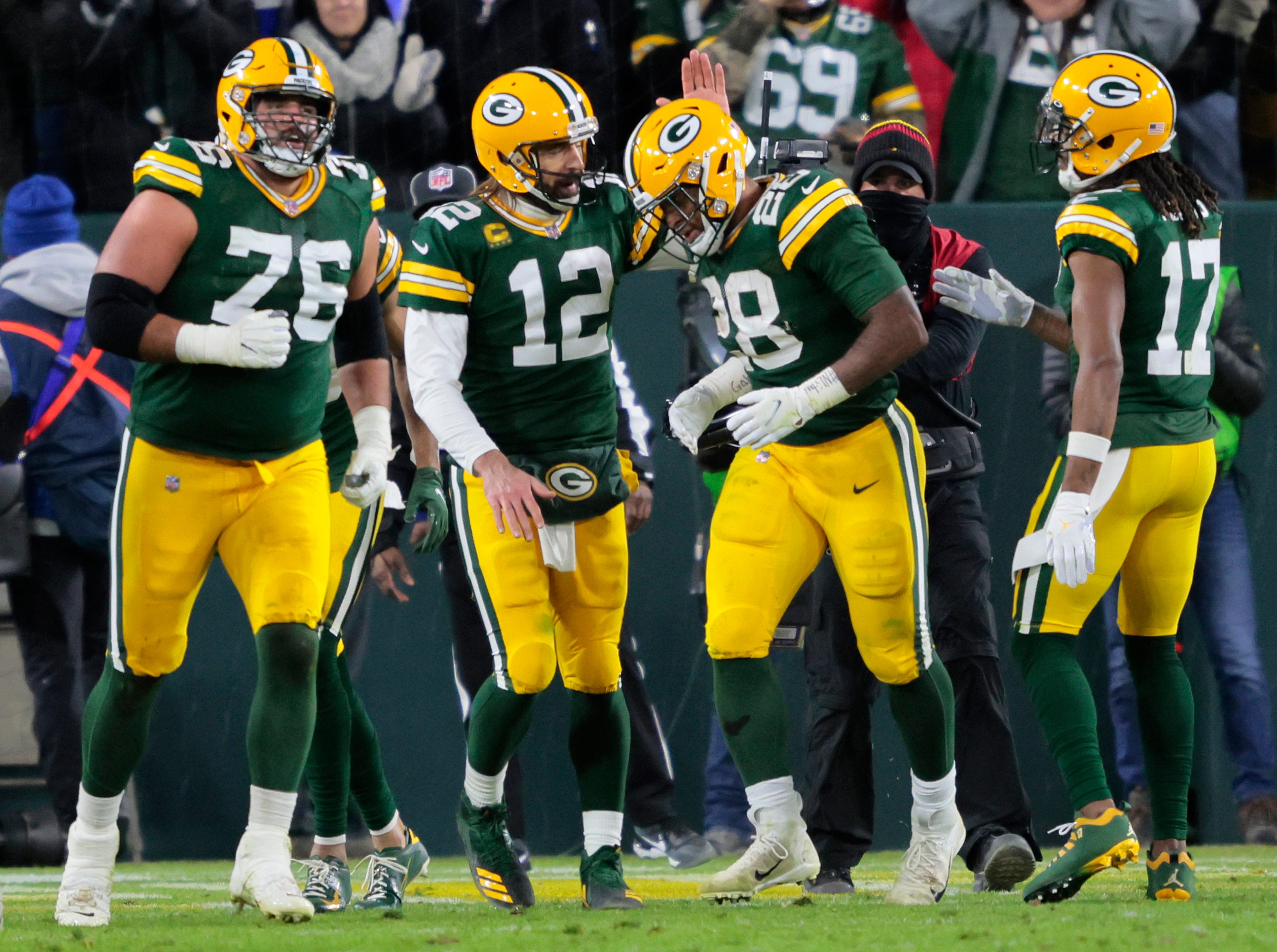 The Green Bay Packers head into their bye week with a 9-3 record and a commanding hold on first place in the NFC North. After 12 grueling weeks of football, the team finally has a week off to reset, recover and assess themselves as they head into the final five game of the regular season.

The Packers have been dealing with a lot of injuries all season. The bye week should give the team a chance to rest their injured players and get them ready for the stretch drive.

The list is lengthy but if the Packers can these players back in the lineup or to help them be healthier, they can be in an even better position to compete for the top seed in the NFC and a possible trip to the Super Bowl.

For starters, there are players who have been playing through injuries that can benefit from the bye week. Aaron Rodgers has his toe injury and has opted not to have surgery at this time. The week off will give him time to heal.

Running back Aaron Jones and wide receiver Allen Lazard returned to the lineup against the Rams but both missed time due to injuries and the week off should help them get closer to 100 percent.

On defense, Rashan Gary missed the Vikings game with a hyperextended elbow but played well against the Rams. Giving Gary a week off will only help him be more effective when the Packers return to action.

Receiver Randall Cobb left the Rams game with a hamstring injury and hopefully he will benefit from the week off.

This week, the Packers placed ILB De’Vondre Campbell on the Covid-19 reserve list. Hopefully, the bye will give Campbell time to recover without missing a game.

Then there are the players that have been out of the lineup. Cornerback Kevin King missed the Rams game and has been in and out of the lineup with a variety of injuries all season. Maybe the week off will benefit him as well.

All Pro left tackle David Bakhtiari hasn’t played all season as he rehabs from a knee injury suffered last December. He recently had a second surgery to clean up the knee and the Packers are hoping he can return to the lineup at some point after the bye.

Pro Bowl cornerback Jaire Alexander has been out of the lineup since injuring his shoulder in Week 4. The Packers secondary could get a big boost if Alexander can get back on the field. The idea of having Alexander, Eric Stokes, King, Rasul Douglas and Chandon Sullivan as their top five corners would give the Packers one of the best cornerback groups in the league.

Edge rusher Za’Darius Smith played a part-time role in Week 1 and then had to undergo back surgery. The bye week gives him a chance to get healthier without missing another game.

Starting center Josh Myers has also been out of the lineup since early in the season. The Packers are hoping he can return before the season ends although no timetable has been given for activating him off the injured reserve.

While it is unlikely that all these players will be ready to play immediately after the bye week, getting them healthier and closer to ready to play is a big benefit during this week off.

Most teams engage in self scouting during their bye week and the Packers are no exception. The team will use their time to address their weaknesses and look for ways to improve them.

That list starts with special teams which has been a problem for this team for a long time. The Packers need to figure out what’s hurting their ability to kick field goals and extra points. It could be the long snapper, the holder, the timing between those two and the kicker or a combination of those factors. By now, there is probably also a mental element for veteran kicker Mason Crosby whose confidence is flagging a bit after struggling all season.

Special teams coordinator Maurice Drayton also needs to step up and improve the team’s return game. Randall Cobb muffed a punt last week and the team has had issues on punt and kick returns almost all season as Amari Rodgers has struggled to field punts all season.

The Packers need to watch extensive film on their special teams shortcomings and take action to make things better after the bye.

The Packers started the season slowly and struggled in the red zone early in the season. The last two games, there was definitely some improvement but the team knows they need to be more efficient in the red zone (or Gold Zone as the coaching staff calls it).

In 2020, the Packers led the NFL in red zone offense, scoring a touchdown 76.8 percent of the times they got inside the opponent’s 20. This season, they are 25th out of 32 teams with a mediocre 55.3 percent touchdown rate.

With the field goal kicking continuing to struggle, improving the play calling and execution in the red zone becomes even more paramount.

Matt LaFleur, Nathaniel Hackett and the rest of the coaching staff need to take this week to analyze the red zone offense and figure out ways to improve it.

The Packers know they will be 9-3 after the bye week but that doesn’t mean they can’t get help while they have the week off. The Bears host the Cardinals this Sunday while the Bucs travel to Atlanta to face the Falcons. The Vikings, still in second place in the NFC North, visit the Lions. This Thursday, the Cowboys visit the Saints.

Any losses by the Cards, Bucs, Vikings and Cowboys would only be a bonus for the Packers and help them gain ground during their week off and enhance their playoff chances heading into the stretch drive.