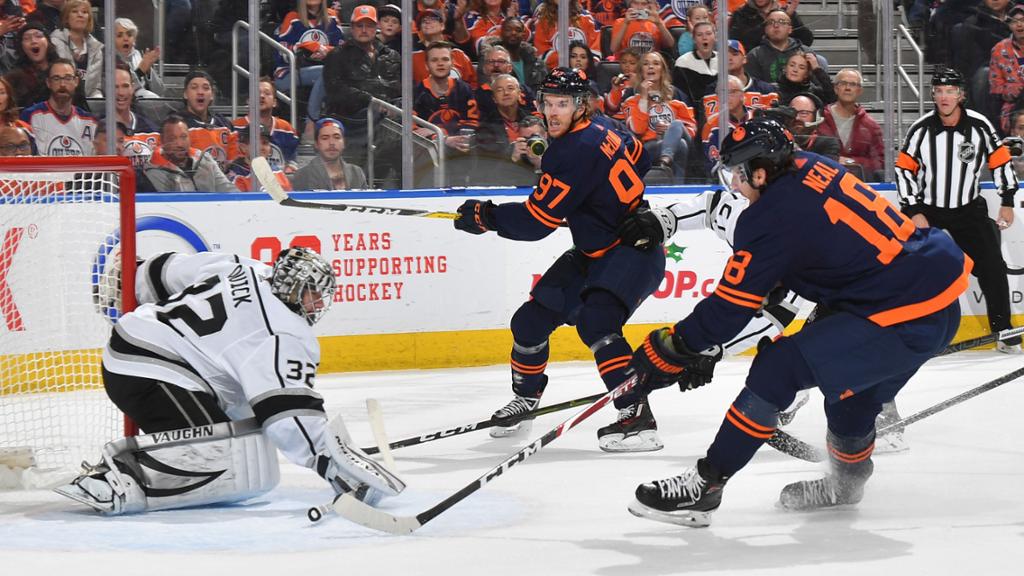 The Oilers begin a 6 game home stand tonight, taking on the Kings, who sit well behind them in the Pacific Division standings at 9-9-4. The Kings have lost 6 of their last 7 games and have plummeted to 6th in the division after a promising start to the season.

Although the Kings have a few key players out due to injury, notably Doughty who has returned to the lineup, it doesn’t quite measure up against what the Oilers have been dealing with. The good news for the Oilers is that some key players are getting closer to a return, especially Nurse who will be back for tonight’s game.

For the most part the Oilers have weathered the storm without Nurse, Ceci, Keith, and Koekkoek, and have got a more extended look at the depth options in the organization. Sitting at 16-6-0, the Oilers are in good shape overall, but should be hoping to continue improving in certain areas such as the start of games and their defensive execution.

We are expected to see Koskinen and Quick starting in net for their respective teams.

Edmonton: the forward group appears to be unchanged from the start of last game, but we know Tippett isn’t afraid to mix things up as the game goes. Essentially the keys to watch will be seeing how Yamamoto, Puljujarvi, and McLeod are continuing to perform in their roles. Yamamoto has had a tough time producing offensive numbers, to the point where his offensive upside is being put into question. Ultimately he can be a valuable player regardless of point totals, but giving him a different look in the top 6 is a fine idea. Puljujarvi has been doing quite well this season, although has yet to cement a secondary spot in the lineup besides McDavid’s wing. McLeod has been running away with the 3rd line centre job, which has been an important piece in the Oilers success.

At this point it’s fair to say that Bouchard has passed Barrie on the depth chart which is crucial for the Oilers long term success. His pair with Nurse should be leading the team in icetime tonight, and making the Oilers less vulnerable to the checking and pressure Seattle was able to create and capitalize off of last game. Russell and Barrie could be an endgame pairing, but the broadcast pointed out how the undersized veterans had some trouble breaking up cycles against the Kraken, an issue which should be less important tonight given their sliding down the lineup and facing off against a team that is not quite as adept at applying said pressure. Niemelainen comes out of the lineup, although he brought some noticeable and specific attributes to the team with his size, physicality, and skating speed. Broberg’s time in the NHL could be coming to a pause, but his play has been extremely encouraging for the future. Perhaps a new partner could rekindle his hopes of sticking around a bit longer.

Los Angeles: the Kings have a large number of intriguing prospects that are beginning to work their way into the lineup, but the youth movement hasn’t reached a tipping point yet and it may still be another year before LA develops into a must watch team. Until then the Kings will have to rely on their veterans to carry the load, led by Kopitar who has been having a great season accompanied by some classic linemates in Kempe and Brown. Arvidsson has been a solid addition and provides a little supplementary scoring with Iafallo. The bottom 6 has been a bit underwhelming in terms of production, but Kaliyev and Kupari are still growing into their games.

Doughty returns to the blueline and rejoins Miley Anderson to reunite the Kings best pair. Like their forwards, the bottom of the Kings lineup is occupied by youth, as Bjornfot and Durzi could end up sticking together as a pair. Both acquired from deals with Toronto, their styles appear to complement each other as Bjornfot seems to have abilities both ways, while Durzi gives the Kings a much needed offensive option behind Doughty. 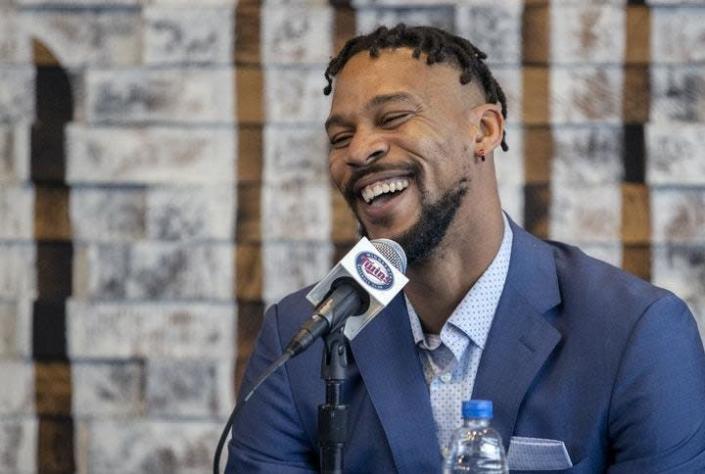 I am a pessimist when it comes to a lot of Minnesota sports things, so I am often happy to be wrong. Rarely, though, am...