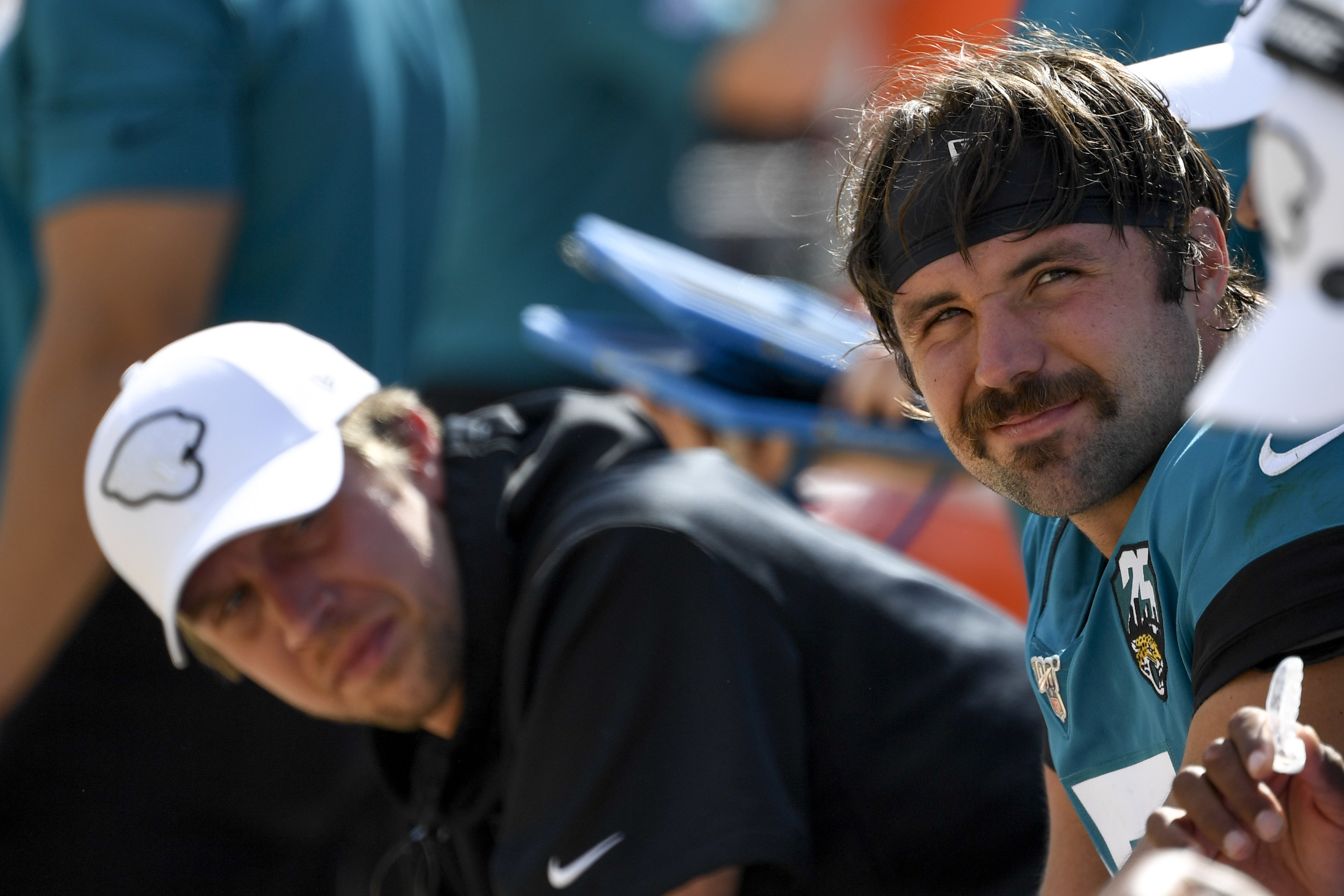 EYE didn’t watch this game, having been blacked out by CBS in my new home region of southern Delaware. I had to catch the game on the radio, with Merrill Reese and Mike Quick calling the action.  So I have to credit the Associated Press for the recap on this one.

But one thing shone through the radio, and that was Gardner Minshew’s ability to absorb the Eagles’ offense in a few short weeks and distill it into a tasty brew.  Minshew proved to anybody interested, including injured QB Jalen Hurts, that you don’t have to play with your hair on fire to drive Sirianni’s car.

Gardner Minshew stepped into the huddle for Philadelphia, kept things light — as he always does — and led the clock-eating Eagles on seven straight scoring drives.

No, there’s no quarterback controversy. But Minshew Mania was back for a day, and the goofy-mustached backup might have helped save the Eagles’ season.

Minshew was 20 of 25 for 242 yards and two touchdowns to Dallas Goedert while starting in place of an injured Jalen Hurts in a 33-18 victory over the New York Jets on Sunday.

“It felt so good, man,” said Minshew, who made his first start since Week 14 last season with Jacksonville. “It’s the best time I’ve had since we won last year. There’s nothing like that feeling. Glad to do it with this group of guys. They made it easy for me.”

Kenneth Gainwell ran for a score, Jake Elliott kicked four field goals and the Eagles (6-7) stayed in the NFC playoff mix by improving to 12-0 all-time against the Jets (3-9).

Hurts insisted during the week he would play despite an ankle injury. But coach Nick Sirianni said Hurts simply wasn’t healthy enough and instead opted to start Minshew.

“I don’t think there was ever a definitive point where I said, ‘I’m going,'” Minshew said. “I looked around before that first drive and Jalen didn’t dress and I said, ‘OK, this is it.'”

And he kept going, helping Philadelphia bounce back from a 13-7 loss to the Giants last weekend at MetLife Stadium by slicing through the Jets’ defense drive after drive. The only possession on which the Eagles didn’t score was their last.

“Very proud of him the way he stepped in confidently,” Goedert said of Minshew. “It was everything I expected from him.”

But the win might have come at a cost as Miles Sanders left in the fourth quarter with an ankle injury after running for 120 yards on 24 carries. Center Jason Kelce also limped off the field at the 2-minute warning. The Eagles have a bye-week break coming up, though.

Zach Wilson finished 23 of 38 for 226 yards and two touchdowns for the Jets, and also ran for a score. He was intercepted by Marcus Epps in the fourth quarter — and the Eagles scored on their seventh straight drive with Elliott’s 46-yarder.

Things slowed considerably after halftime as the Jets held the ball for only 70 seconds in the third quarter — just three plays for 3 yards. Meanwhile, the Eagles had 24 plays for 81 yards over 13:50 in the period. Philadelphia held the overall edge in time of possession: 35:36 to 24:24.

But Alex Kessman — signed Saturday from the practice squad to replace the struggling Matt Ammendola — missed the extra point in his NFL debut.

Minshew and the Eagles answered with a 36-yard TD to Goedert. And Elliott made his extra-point try to give the Eagles a 7-6 lead.

Wilson and the Jets came right back, with the rookie quarterback scoring on a 1-yard run. But Kessman was wide left again on the extra point, prompting boos from frustrated Jets fans.

Minshew connected with a wide-open Goedert for a 25-yard touchdown. And Wilson marched down the field again, getting a 1-yard TD toss to Ryan Griffin on fourth down. The Jets went for 2, but Wilson’s throw to Jamison Crowder was incomplete.

The back-and-forth TD streak ended on the fourth possession by the Jets, who were forced to punt with just over two minutes left before halftime.

The Eagles didn’t get a touchdown on their fourth possession, either. But they still got points with Elliott’s 31-yarder. Elliott added a 32-yarder on Philadelphia’s first drive of the third quarter, pushing the Eagles’ lead to 27-18.

“They had the ball to finish the first half,” Jets coach Robert Saleh said. “Then they go eight minutes and then it’s a quick drive for us and then they had the ball again for however many minutes it was. So you’re looking at over an hour of real time where our offense was on the field for just a quick minute.”

The Jets thought they stopped the Eagles for the first time with 1:18 left in the third quarter when they stuffed Minshew on fourth-and-1. But Sirianni challenged the call, and the play was overturned on video review — giving Minshew a 2-yard gain as Saleh voiced his displeasure on the sideline.

That came four plays after the Eagles went for it on fourth-and-3 from New York’s 47 and C.J. Mosley was called for encroachment — a penalty Saleh vehemently argued with officials.

“I’m not going to get into all that,” Saleh said of the questionable calls. “You guys saw the game.”

The Eagles have their much-needed Bye-week break and then return home to take on NFC East-rival Washington on Dec. 19. 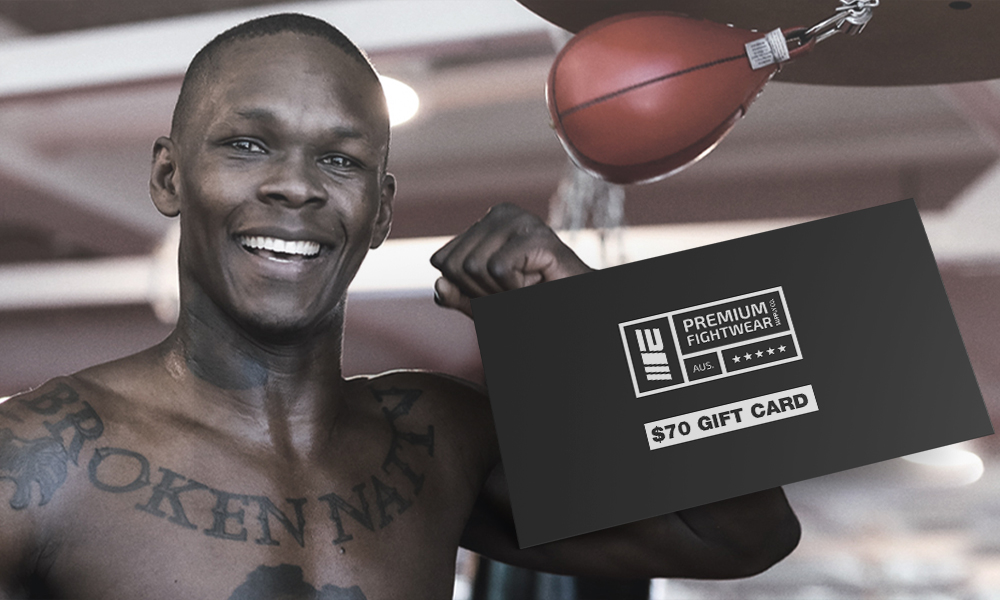 Another year of MMA Manifesto Pick ‘Em action is almost in the books, so it’s time to announce what fabulous gifts we will be bestowed...