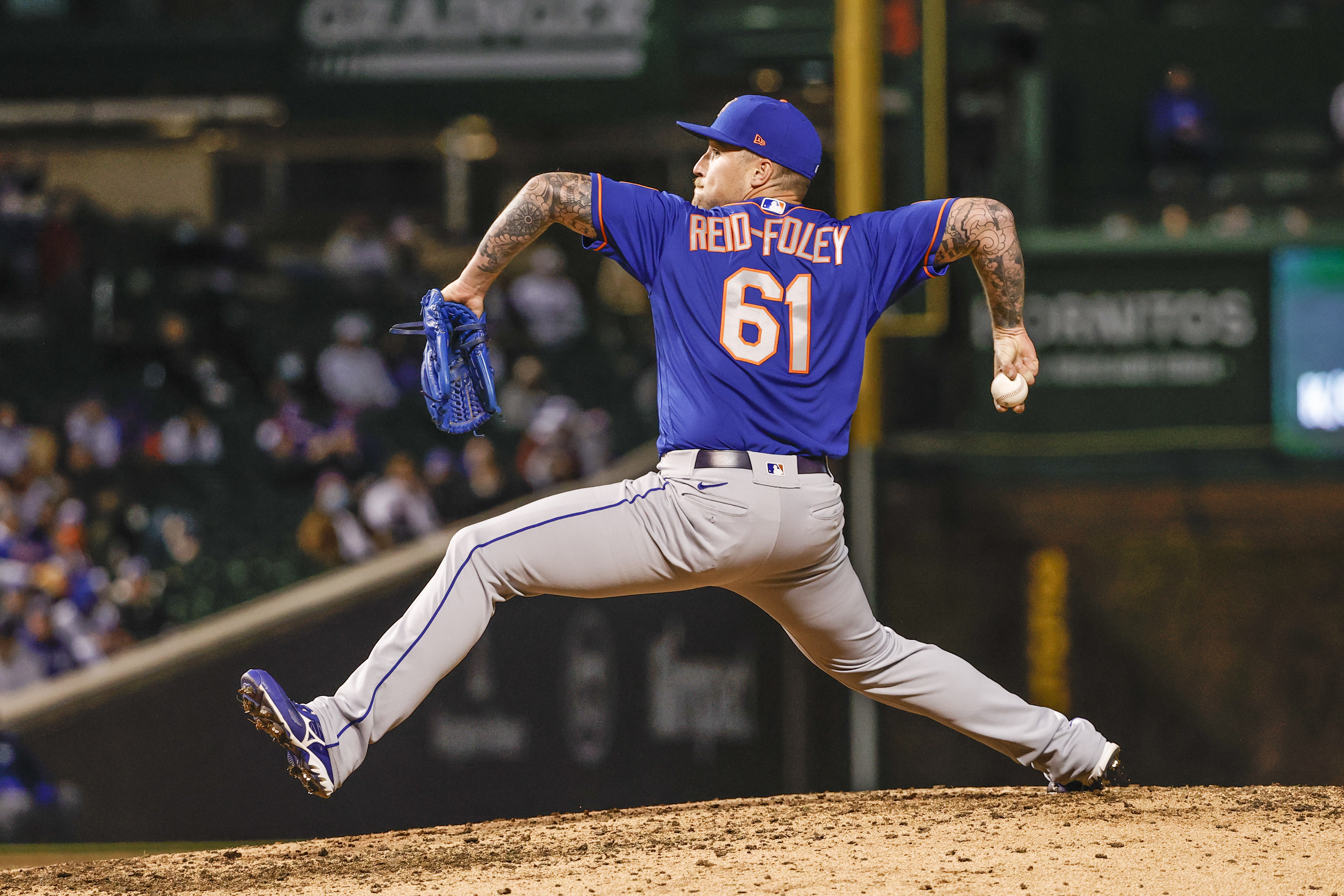 Now that the 2021 season is over for the New York Mets, we have been looking back at the year that was. After taking a more general view of the offense, pitching, and coaching staff, it’s time to take a deeper dive into the Mets’ players. This series will take a look at every player on the roster for the Mets at the end of the season from A (Albert Almora Jr) to Y (Jordan Yamamoto). The review will look at their season statistics, stories, and what role (if any) they will have next season. We continue the series today with a look at relief pitcher Sean Reid-Foley.

Story: Sean Reid-Foley was one of three players the Mets acquired from the Toronto Blue Jays in exchange for Steven Matz. The Mets assigned Reid-Foley to the alternate site after spring training but he was recalled in late April when the Mets needed a fresh arm in their bullpen. Reid-Foley was a frequent-flier on the Syracuse shuttle, getting sent up and down six times in the first few months of the season, but he did develop into a multi-inning weapon out of the bullpen for Luis Rojas.

Things came to a crashing halt for Reid-Foley in late June after he had a disastrous outing against the Atlanta Braves when he gave up five runs in 0.1 of an inning on the 28th. Reid-Foley went on the injured list after that game with right forearm inflammation and missed the next three months with the issue. The Mets activated Reid-Foley from the injured list in late September but he didn’t pitch in another game with them for the rest of the season.

The one bad outing in Atlanta raised Reid-Foley’s ERA by over a run but he proved to be a sneaky-good reliever when called upon by the Mets.

Reid-Foley figures to be in the mix for the Mets’ bullpen as a multi-inning reliever again in 2022. The fact that Reid-Foley has an option left makes him a valuable commodity for the team as a guy who can be called upon to fill in if there is an injury on the active roster without being exposed to waivers.

Check back on Monday as our Player Review Series continues with a look at catcher Chance Sisco!

It’s been over a week and I’m still not over the loss to KC. I know that 3 straight wins would get the Chargers into...