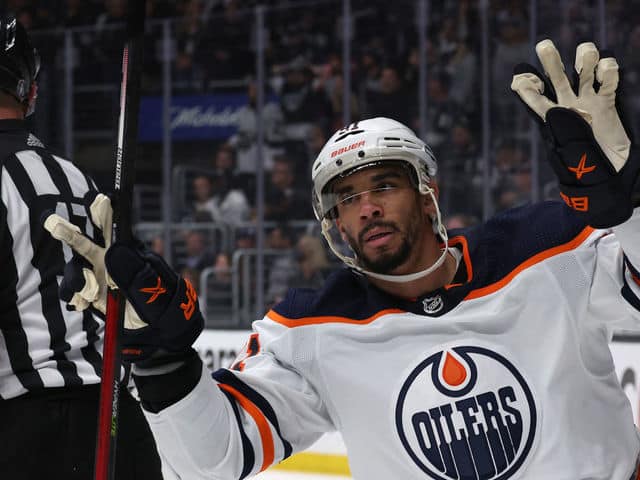 Game 7. We’ll do this dance for one last time, as the Kings have proven to be a worthy partner, and in the final hour the stakes and the drama are both topped up to the brim. One side is going home, one side is moving on. This is the culmination of an entire season, and yet in a flash it could all be over.

In some way the series has been a microcosm of the Oilers season as a whole, a mix of sincere highs and confounding lows. In a lot of ways, the outcome of tonight’s game will tint our view of the whole journey, and eventually what the path forward should be. Any way you slice it, it’s easy to feel a bit poetic when fate is in the building.

The Oilers are facing their share of adversity, in particular with Draisaitl’s health, battling some type of LBI, as well as Kulak’s, both of whom will be game time decisions. The good news is the Oilers are getting Nurse back into the lineup after serving his suspension. It’s not perfect, but for the most part all hands will be on deck, which is as much as one could really ask for.

The Kings have lived up to any expectations, putting forth a valiant defensive effort, getting big performances from stars and role players alike, and proving that their steps forward this season were no fluke or mirage. For Kings fans this season is likely already a success, especially given how much talent lies on their horizons.

The story is different for the Oilers, the expectations much higher, the focus more immediate. The consequences more severe, perhaps. It all hangs in the balance tonight to see who will go on to face the winner of Stars/Flames, yet to be decided.

In the secrecy of the playoffs it’s been difficult to foresee lineups until right before game time, but personally I would hope Woodcroft goes with 11 forwards and 7 defencemen. That deployment has given the Oilers their best results fairly consistently, including last game. Given the Oilers personnel, with star forwards and specialist defencemen, it is what is best for the roster, regardless of convention.

No matter what happens tonight I will not have much patience for those who suggest that it’s somehow an indictment of McDavid or Draisaitl as players. Although Draisaitl has had a tough series at even strength, is likely hampered by an injury if not the same one since late season, he’s still been a force and has been scoring on the power play. McDavid is playing what might be the best of his career, making great defensive plays and averaging more than 2 points per game.

For the record I think enforcing celebrations is a bit ridiculous. I think that celebrations are entertaining, and that letting people express themselves, especially the joy of hard work paying off, is important to getting their best. I don’t even think Kane’s celebration was over the line anyway, and I felt the same as Kane, the Oilers, and Oilers fans all felt at that moment. See you in game 7. Kane has likely surpassed any and all expectations of him since his joining the team, in some ways fulfilling the dream the Oilers chased in years past with Lucic or Neal, to an extent Kassian et al.

With Kane, Hyman and Nugent-Hopkins have continued their reliable play and production from their strong regular seasons. The duo has been strong in their short stints together, and will have to be up to task against both the Kopitar and Danault lines.

McLeod, Puljujarvi, and Yamamoto may have modest offensive totals, but have all proven to be valued top 9 contributors in a number of other areas.

Archibald and Kassian will be rambunctious, but should still exercise some awareness. As much as a hit can charge morale and momentum, costly penalties have been a huge factor in game 7s before.

Getting Nurse back from suspension is huge. He’ll play big minutes in all situations as he usually does. That said, I really do hope that Woodcroft sticks to his guns and goes with 7 defencemen. Given that Barrie, Keith, and to an extent Bouchard are closer to offensive specialists more than all around blueliners.

Ceci and Kulak compliment the offensive lean well with their size, mobility, and physicality, and both appreciate a partner who is at least as good at moving the puck.

Russell’s defensive skills are a nice option to have, more valuable, I think, than a 12th forward up front, say Brassard or Shore. The strength of the forward groups allows the team a lot more flexibility on a blueline that has talent but needs managing.

As much as goaltending is a hot button issue, it always seems, and I completely understand those who think Koskinen or Skinner could be doing just as good a job in net for the Oilers, I’m on board the Mike Smith appreciation wagon. Sure, the game 1 giveaway was terrible, and anything can happen tonight, but the veteran has given the Oilers a chance.

What’s more is he’s stuck to his daring ways when moving the puck. At times this season the future did not look bright for Smith’s playing career, injuries, setbacks, poor play, yet here he is leading his team into a game 7, making clears on the penalty kill.

At the moment the Kings brand is one of young talent, an upstart franchise loaded with prospects that battled their way into an unlikely playoff appearance, but that’s only half the truth.

The important thing to remember is that this lineup is riddled with hardened, defensive talent, playoff legends, Selke worthy, fiercely competitive players, namely Kopitar and Danault.

Perhaps the best defensive 1-2 punch at C across the league, either can match up and neutralize their competition. Both have been focal points for deep playoff runs, Danault building off of his legendary performance with the Canadiens last postseason.

Their wingers provide good support. Moore had a breakout season stapled to Danault, and was as much a contributor in the line’s success. Grundstrom’s breakout is much more recent, but it’s not exactly a surprise that the battle-happy winger has found a home in the playoffs.

Iafallo is fine, Kempe even had a nice goal total this season, and both have a lot of history playing on Kopitar’s wing, but there is no doubt some scoring talent on the wings to be desired throughout this lineup. It’s certainly unfortunate for the Kings that Arvidsson missed the series, as it would do the lineup a lot of good to this effect.

That said, Athanasiou’s speed makes him an addition to the 3rd line. Lizotte and Brown have been solid, but having an offensive speed threat is a nice flare for the unit.

Kupari and Kaliyev highlight a rotation of young talent the Kings use on the 4th line. I’m a believer that it’s needed to have some young legs in the lineup over the long grind of the playoffs. Perhaps the exhausted moments in a game 7 are just the time for a fresh burst of energy to take hold.

Even last season some Kings faithful touted Anderson as the team’s best defender. He had become Doughty’s partner, logging top minutes, and now we’ve seen him establish himself in that role in his own right.

To a similar effect, Roy has been an important part of the Kings blueline during their recent stretch of down years.

Edler is a chippy, savvy veteran, still a strong presence defensively. Stetcher has surely earned himself a spot in somebody’s top 6 next season, finally.

Quick has a great deal of similarities with Smith, and it is a throwback that one of these two will take their team to the 2nd round. 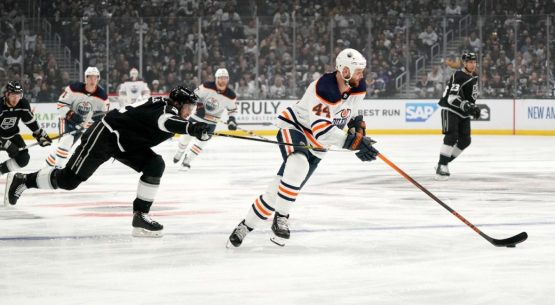 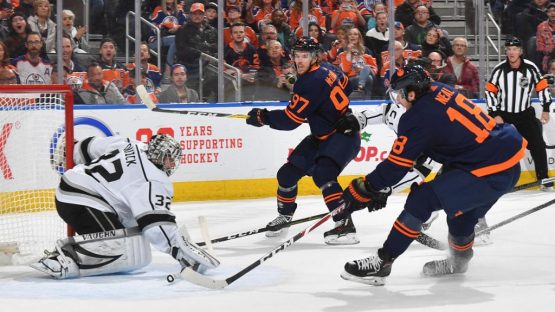 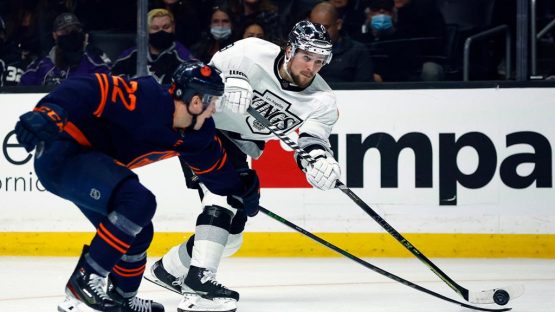 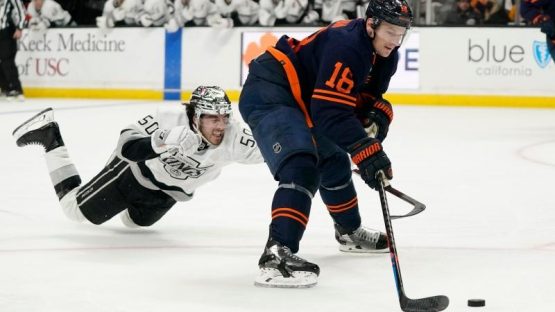 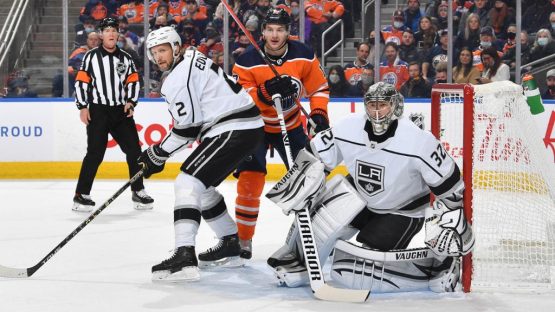 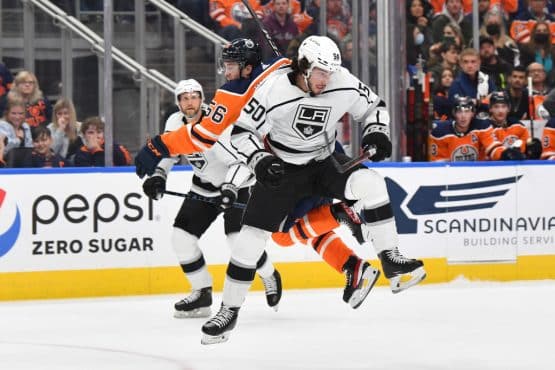 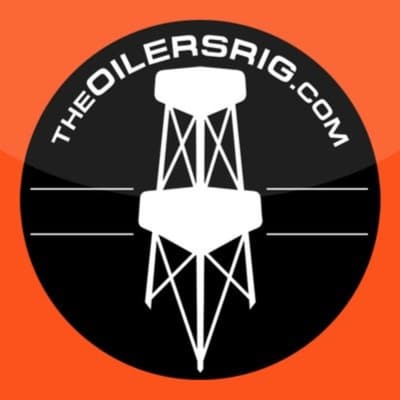