Home » are the warriors better than the showtime lakers

Are the Warriors Better than the Showtime Lakers?

After the Golden State Warriors beat the Cleveland Cavaliers 110-77 in Game 2 Sunday to get one step closer to winning another title, Klay Thompson said the Warriors, who finished the regular season with a record 73 wins, were better than his dad’s old team, the “showtime” Lakers.

Klay Thompson: “We are better than the “Showtime” Lakers.” He was smiling, knowing his father played for them back in the day.

Mychal Thompson agreed with his son, and said the Warriors’ defense was as good as the Lakers’ defense, and that 3-point shooting would be the difference.

“We shot eight a game, they shoot eight a quarter,” Thompson said in an interview with USA Today. “If we played them, they would outscore us 50-16 in 3s. So do the math from there.”

The Warriors are currently heavy favorites to win the NBA title according to LeoVegas, and have tied the record for the most wins (regular season and playoffs) in NBA history. However, one member of the “showtime” Lakers doesn’t agree with Thompson’s logic, and came out in defense of his old team. That would be five-time champion and three-time Finals MVP Magic Johnson.

I disagree with Mychal Thompson and his son Klay, my “Showtime” Lakers would beat the Warriors.

“I think what [Curry and Thompson] have done for the league has been amazing,” Johnson told First Take. “They are going to be great for this league, the NBA, for a long time, especially if they sign Steph to a long-term contract. But at the same time, I’m never going to give in to nobody — I don’t care who it is. I don’t care what Mychal said. … My ‘Showtime’ Lakers would beat the Warriors. I don’t care what you say or anybody else. I’m coming at them and I’m coming hard at them.”

The reality is we’ll never see the “showtime” Lakers go against the Warriors, so this debate will go on forever. That’s why comparing teams from different eras is a waste of time. 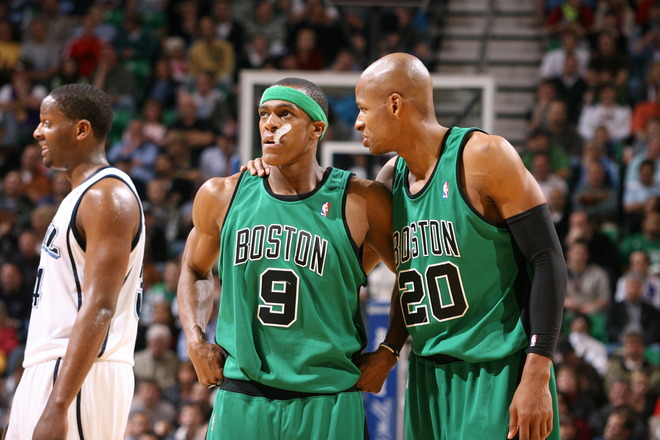 By Matthew Jordan Did you know that every season since 1990, at least four new teams made the playoffs that didn’t the previous year? Let’s...