Home » break away the iciest slot machine ever built

Break Away – The Iciest Slot Machine Ever Built

Sports themed slots are not very common, which is a surprise, as sports have maybe the largest number of followers of all events. Just take a look at the viewership of the Superbowl. And when it comes to hockey-themed slots, the variety you can find is even lower. There’s Ice Hockey, a Playtech title that is a bit too playful and goofy for my taste (most Playtech titles are). And there’s a popular game, Break Away available at Euro Palace, which perfectly captures the spirit of the game.

From the first moment, Break Away will immerse you in its unique atmosphere with its music, combined with the sounds of crowds cheering at the stadium. A referee whistles from time to time, and there’s the constant rumble of people speaking, waiting for the action. And taking a look at the reels will truly get players into the mood. The symbols on the reels feature players, referees, tackles, and, of course, a red-shirt player breaking away. The referee, the stadium, and even the ice resurfacer, are featured on the reels. And the puck as well, but it has a special role – more on that below.

Euro Palace players were first introduced to the Break Away slot machine in 2012, to honor the IIHF World Championship. Since then it became one of the player favorites, serving as the inaugural game in a whole series launched by the Euro Palace Casino in the coming years.

What makes Break Away special is its game mechanic. For one, it has 243 ways to win, which is a format preferred by many players. Besides, it offers players a feature called “Rolling Reels” – basically a reactor-type twist on the base game. Rolling Reels will see any symbol involved in a winning combination disappear from the reels, allowing others to fall into their place from above. If all goes well, and luck is on the players’ side, the falling symbols form further winning combinations, triggering a cascade of wins.

The feature is taken one step further during the game’s free spins. When three puck symbols land on the reels, 25 free spins are rewarded to the player. The game works as usual, with cascading wins and all, but with an extra benefit: with each cascading win the multiplier applied to the amount grows. With enough luck, the player can win 10 times the normal line win amount, up to a grand total of 800,000 coins. 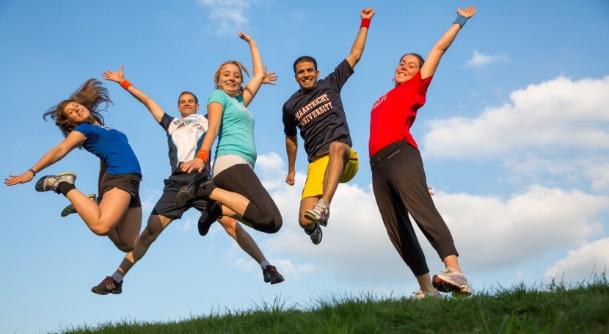 A Student’s Guide to Playing Sports in College

You were successful in your school team or just liked to play sports in your high school? Then, you might want to continue in college!...