Home » current state of online wagering law in the usa

Current State of Online Wagering Law in the USA

Wondering whether those bets you’re placing online are legal or not? Online wagering law in the United States can be murky at best, and completely confusing, at most. The differences between federal and state laws, along with conflicting and out of date acts makes it not only confusing for punters, but for bookies and online gambling companies, as well as even judges and courts all the way up to the Supreme Court.

We’ve trawled the internet so that you don’t have to, to bring you the state of play as it lies with online wagering law currently existing in the USA. While you don’t have to have a law degree to be able to consume it, be warned that you might just end up considering lobbying your state or local government for change! Sports betting vs other gambling

There are distinctions, particularly in US, that separate gambling to do with sports from other types of gambling. In the USA, all forms of sports betting are illegal under Federal law, which does include sports wagering online. This contrasts vastly with other countries. There is a huge sports betting market, for example, in the UK. Physical sports bets and bookies (that are regulated) are legal, as is online sports betting, and this is even open to other world sporting events.

Did you know that UK punters can legally bet on the NHL and NFL at the many licensed online bookmakers, when for people living in the USA where these comps are held they can’t even do so? But this doesn’t mean that people in the USA aren’t betting on sports – as you may well be aware.

Nevada is the only current and regulated US state that has not only sports betting but a full bookie industry set up. Sports betting is also allowed in Montana, Delaware and Oregon, as we’ll see in the following section.

The US federal sports betting laws are derived from the following two acts, from both 1992 and 1961, respectively.

One of the major hurdles of online sports betting is the Professional and Amateur Sports Protection Act, or PASPA, an act passed in 1992. PASPA is a federal law that prohibits people and governments from sports betting operations of any type, whether by amateur or professional players. The only exceptions to the act are operations in Nevada, as well as sports lotteries in Montana, Oregon and Delaware. Parimutuel betting on horses and dogs is also exempt.

The Act was supported by the main players of the sporting industry in the US, such as the NBA, NHL, and NFL. The reasoning behind is that it takes the pure joy out of sports and can lead to unhealthy competition and even corruption, such as deliberately missing shots or throwing games. These types of activities can and do go on around the world, as you may already know.

The Federal Wire Act, aka the Interstate Wire Act is a US federal law that was enacted in 1961, and is the basis of current US online gambling law. As you can imagine, an act that was developed in the 1960s had no idea what would happen in the 1980s and 1990s with the invention of the internet.

Under this law, it actually means that any interstate or international sports betting via the internet is illegal. This law does not cover things such as online casinos.

In fact, sports betting of any type is illegal in the US – save for in Nevada. This is quite ridiculous, as, as you will know, sports betting goes on all over the country, with almost every person having participated in it at some point in time, from an office pool to a friendly bet between friends, to putting a wager on a game via a website.

A US federal law passed in 2006 that declared no one could accept payments for wagering over the internet, including sports betting and online poker. The act spelled out that players would not be prosecuted under the act for sending money, only the companies that accepted funds. As an effect, many offshore online companies removed any US players from their books.

There are exceptions to this rule in a few states such as Nevada, where approved operators can provide online gambling services.

New Jersey has a healthy wagering economy and full licensing system currently in place to deal with betting and wagering, including both in person and online.

New Jersey has been fierce proponents of sports betting, voting in 2011 to legalize sports betting in the state, which was officially carried as a law by governor Chris Christie in 2012. Seen as a way to boost flailing Atlantic City, as well as bring the state millions of dollars of revenue, it was hailed as revolutionary, however, due to conflicts with the federal law, it currently remains to be seen whether this state law will hold out – the Supreme court has currently agreed to hear the state’s arguments for the case in the coming months.

This is despite the fact that the US Solicitor General recommended that the Supreme Court not hear the case – a delightful surprise for New Jersey when it went through. It appears that a decision will be made about these matters on or before June 2018.

If the ruling goes in favor of New Jersey it will mean that PASPA may be repealed and new laws put in place that allow the states to officially regulate their own sports betting markets, with a few provisos. This would be a true move forward for the people of the United States, many of whom already place sports bets online through other countries’ gaming systems.

Early in 2017, senator Frank Pallone Jr. introduced a draft bill, titled the Gaming Accountability and Modernization Enhancement (GAME) Act is designed to make the way clear for individual states to set their own laws with regards to gambling – in that it should not be a federal issue at all. This is a very important bill for state by state gambling laws if it is passed – and there seems to be considerable interest in such a bill due to the fact that that billions of dollars are spent gambling illegally across the country anyway.

Recently, Connecticut went the way of New Jersey by signing their own laws to make sports betting legal within the state, on the proviso that federal law does not make it illegal. A similar betting regulation has been passed already in Mississippi. In California, they’ve introduced a constitutional amendment to make it legal.

There are other efforts going on around the country in states such as New York, South Carolina, Hawaii, Maryland, Pennsylvania, West Virginia and Michigan that are tackling sports betting, in the fair assumption that federal laws as they stand are preparing for an update.

As it stands currently, we patiently await the outcome of the case between New Jersey and the Supreme Court as well as see what happens if the GAME Act manages to pick up steam. As it is, there is already so much betting going on across the US, both sporting and other betting, both in person and online, that it is hard to ignore.

When sports betting, in particular, has been regulated for many, many years in other countries, and online betting laws have been steadily being introduced in other markets, it makes sense that the US would follow suit. The Trump administration has sent mixed messages about the subject, with the president contradicting himself a few times on what he sees as the future of betting in the country. It is likely that this issue is not currently plaguing the mind of the president, as he has far more pressing matters on his plate at the present moment.

Will federal laws be changed to allow states to capitalize on the massive intakes of funding that could come from decriminalizing and regulating gambling within their borders? It feels like we are soon to find the answer to this question. 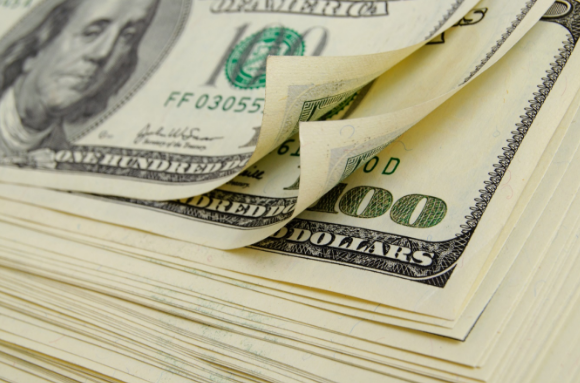 Outside The Ring – What Are Sponsors Really Worth?

With the biggest, most publicised, and certainly most expensive fight in sports history just around the corner, the focus this time around isn’t so much...