Dante Hutchinson, who is the current UK Champion, made a phenomenal second run scoring an amazing 90.66 beating his nearest competitor Jordan Clark by a full point, to win the ISA Scooter World Title at Extreme Barcelona.

Dante, the 16 year old rider from the UK got into the sport at the tender age of 8. He has been scootering for a long time and improving every year. In 2015 he finished 10th in the World Champs and in 2016 he finished 8th. Now, after having achieved success at the UK championships in 2016 and 2017 claiming the title of UK Champion, has gone on to claim the ultimate title, that of World Champion for in the ISA World Championship in 2017.

Dante like a lot of his competitors started off riding BMX or skateboarding before turning to the scooter to make their mark. Some of the tricks this young man performs are spectacular and you would never have thought anybody could do those on the humble kick scooter. It does take a lot of time, patience, practice and of course courage to be able to perform these tricks. Dante puts a lot of effort and practice in and is looking forward to defending his crown in 2018.

Scooter riding is becoming more and more popular with outdoor skate parks catering for this growing sport. Freestyle scootering, or riding, is an extreme sport that involved freestyle tricks and stunts much like you will do on skateboards and BMX bikes. The popularity of the sport is growing in leaps and bounds and the sport is administered by the International Scooter Association (ISA) much like the Wrestling is administered by the WWE and like wrestling, although not a mainstream sport, freestyle scootering has developed a phenomenal fan base. Freestyle scootering or riding is, in fact, taking over in skate parks around the world, leading to it being recognised as an extreme sport and a profession, much like skateboarding and BMXing.

Wonder where it all started?

The folding scooters that are incredible lightweight and perfect for making jumps and doing tricks emerged in 1996. From there it was not long before the xtreme skateboard riders started doing tricks on scooters too. This is when the “pro” scooter market founds its niche in the market. Stronger scooters that could withstand doing stunts, and all the major brands are now competing to make the best, strongest models for this growing sport.

These scooters that are used by Dante and his fellow pros are a cut above the rest. They are lightweight, with threadless forks and very strong decks. Their wheels are metal with urethane tyres. If you want to get more information there is a great list of scooters by MyProScooter available for you to get an indication of the professional scooters available on the market.

Where to from here

Dante is only one in a long line of young professionals making their mark in this new and extreme sport. He and his fellow competitors earn a good living with sponsorships and as the sport grows, the tricks and stunts performed will get better and more daring.

It may not be included in the Olympics, but it is heading for the X-games in the future and will definitely be making its mark on in extreme sporting world. For now the World Champs and the Nitro Games in 2018 await Dante, and he is only going to get better with time, so be prepared for a lot more thrills in the near future.

Where MMA has become one of the most watched fighting sports, competing with traditional boxing, so pro scootering as an extreme sport is now competing with BMXing and skateboarding and will soon takes its place among these extreme sports as Dante and his fellow riders provide more and more thrills to impress and awe the crowds. 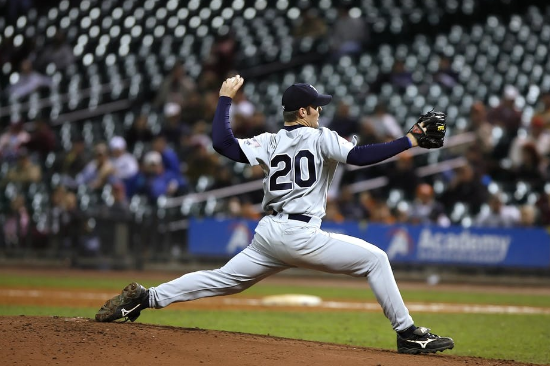 Watching baseball on TV or being around the players before doesn’t automatically make you a baseball pro. If you are a youth baseball player or...