The San Antonio Spurs will be handed a boost heading into the All Star break with the return of veteran Tim Duncan from a knee injury. While the franchise hardly missed the 39-year-old during his eight-game absence, going 6-2 without Duncan, the 30-point hammering at the hands of a rampant Golden State Warriors was evidence that the Spurs are a much more solid outfit with the 15-time All Star in their line-up. On the back of last season’s disappointing first round loss to the LA Clippers in the playoffs, there is a real motivation about this San Antonio team to bounce back, and Duncan will be instrumental to those plans.

Duncan had been expected to continue his rehab during the All Star break but the Spurs stalwart has made it clear he is ready to step back onto the court and try help his side continue their impressive start to February. Despite his advancing years, Duncan has continued to play an important role for San Antonio this season, averaging 8.9 points and 7.5 rebounds, starting 37 games and showing he still has plenty to offer on the court. He might not be averaging the 25 points he did when at the peak of his powers, but Duncan’s position in this team is still now as important as it has ever been, just in a different way to ten years ago.

Many gamblers have been backing the Warriors to retain their NBA crown, but the continued presence of Duncan in this Spurs line-up has seen some tipping San Antonio to be potential dark horses in this year’s title race and a betting bonus from somewhere like bonus.ca could give them even more attractive odds. Having played in five NBA championship-winning San Antonio teams, Duncan knows what it takes to go all the way and the centre will have an important role to play between now and the end of this season. While the likes of Kawhi Leonard and LaMarcus Aldridge have taken most of the focus this year, Duncan has quietly gone about his job in doing the hard work that allows the team’s star names to flourish.

Currently top of the Southwest Division, second in the Western Conference and looking every bit an NBA championship contending side, the Spurs could now return to regular season action at close to full strength, with Tony Parker also edging closer to a return to fitness. Sixth man Manu Ginobili is still sidelined, although the Spurs expect him back well in time for the start of the playoffs. With just nine losses to their name all season, the Spurs would be heavy favourites at this point of the year if the Warriors weren’t continuing to destroy everything in their path. But with the winning mix of experience and youth, this Spurs team won’t be worried about facing anyone when it comes to the business of the playoffs.

A sixth NBA championship would certainly be a fitting end to Duncan’s career. 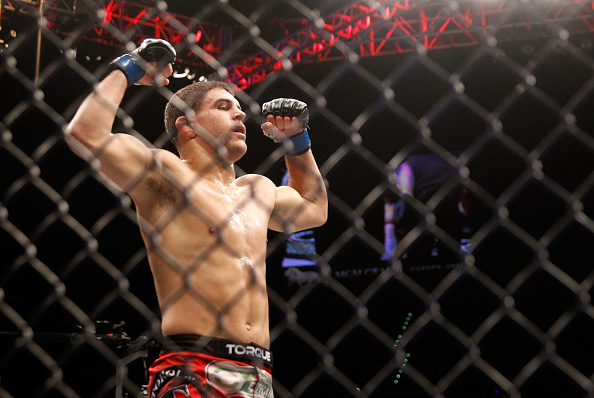 Betting on the MMA fights is already a major pastime for a lot of people. Now, they can try betting online on MMA fights. The...