Eight NFL players making a name for themselves in training camp

There’s a fine line between an NFL training camp overreaction and hype worth the praise.

It’s early in the summer and this time of year every team is not only surrounded by positivity, but might believe itself a contender. It’s only nature, then, that most of the news coming out of each camp (besides injuries) is positive.

This environment makes it tough to wade through the news and figure out which players really are carving out a spot for themselves and improving a team. To help cut through the noise, here’s a look at NFL expert picks regarding eight players making headlines right now who have not only begun to make a name for themselves, but should do so long into the season.
Michael Thomas, WR, New Orleans Saints

It seems every year a wideout with the New Orleans Saints pops up on a list like this.
Michael Thomas might have more staying power than most.

Thomas was easy to forget about. He was far from the biggest name at Ohio State and wasn’t the biggest name in the draft class either, hence his falling to the second round. The Saints scooped him up though and now look like big winners:

“[Rookie #Saints WR @Cantguardmike] has easily been the best player in camp so far.” #FantasyAlert https://t.co/JIk7hZynof

Thomas was a pro ready wideout with good hands and routes. He’s just never been given a chance to star on his own, and even on a team with Brandin Cooks, that’s about to change if Drew Brees likes what he sees.

Mark Sanchez has never really made a name for himself other than spot duty here and there and some funny magazine covers.

That’s about to change.

It sounds like Sanchez is on fire in camp and won’t have any problems acting as the starting quarterback for the Denver Broncos, fending off rookie Paxton Lynch and others:

Look, Sanchez is a career 56.7-percent passer, but he shouldn’t have much of a problem running an offense carried by Demaryius Thomas, Emmanuel Sanders and C.J. Anderson. He’s already showing the right signs.

A second round pick by the Packers in 2012, Worthy fizzled out a few years later and got traded before he bounced around practice squads. He played all of two games in the 2013 season and hasn’t stuck since.

Worthy might just have a secure home with the Buffalo Bills, though. He’s turned heads in camp so far and is being quite positive about it on social media:

First day of pads wasn’t so bad. I def believe we got better today as a team. Thank you Lord for everything you have given us #BillsMafia

Universal praise for Worthy isn’t hard to find right now. It’s important to keep in mind Kyle Williams and Marcell Dareus haven’t been the most active in camp so far.

But there’s no reason to discredit Worthy for taking advantage of an opportunity and proving to the coaching staff early how valuable he can be as part of a rotation.

Can a team declare a starter this early in camp?

Look to the Tampa Bay Buccaneers as the experiment here. From the sounds of it, second-year wideout Adam Humphries has secured the No. 3 spot on the depth chart:

Dirk Koetter says he’ll “end the mystery” about #Bucs‘ No. 3 WR: It will be Adam Humphries. Loves his consistency …

Humphries is a relative unknown and all of 23 years old. He caught just 27 passes and scored one touchdown over 13 appearances last year. If he’s this consistent and clicking with Jameis Winston, though, Humphries is well on his way to becoming a household name in the Tampa Bay area.

Coates was a hyped third-round pick in 2015 by the Pittsburgh Steelers. He had a known rough transition to the pros as he buckled down and really learned the wideout position, but elite speed and solid size at 6’1″ and 212 pounds made him an obvious hype recipient if he could get on the field with Antonio Brown and Ben Roethlisberger.

Instead, Coates appeared in just six games and caught one pass.

From the sounds of it, Coates will experience a boost during his sophomore year, though:

Out at #Steelers…Sammie Coates looks so much better than a season ago. Offseason work has really come together for him.

The idea of it all coming together for a weapon such as Coates is a scary thought for the rest of the AFC North. Pittsburgh doesn’t have to ask him to do much other than to reel in the deep balls tossed his way.

It seems the Steelers now trust Coates, which was the major roadblock last season. From here, anything is possible.

When it comes to rookies, Noah Spence might be turning heads more than most.

Spence had plenty of hype out of college but off-field concerns that had him leave Ohio State for Eastern Kentucky planted him in the second round. Those Buccaneers didn’t have any problems scooping him up and seem ready to reap the rewards.

In fact, Spence has high praise from one of the most important sources:

Granted, Winston is just a quarterback. But tape from Tampa Bay’s camp shows Spence using his killer speed on the edge to bully offensive lineman. Should he carry it into the regular season, he helps create one of the scariest combos in the league in tandem with elite defensive tackle Gerald McCoy.
Joe Thuney, OL, New England Patriots

Offensive linemen might be boring, but that says a lot when one gets a ton of praise in training camp, right?

That’s especially the case for a guy tasked with protecting Tom Brady (well, after a four-game suspension).

For those out of the loop, Thuney was a surprise third-round pick this year by the New England Patriots out of North Carolina State. Most dismissed it as a developmental reach. Whoops—Thuney has received run with the first team and has held up quite well based on notable praise:

#Patriots HC Bill Belichick on rookie Joe Thuney – He can play any position on the line. He’s aggressive and likes to finish blocks.

The rich get richer. New England needed to find some stability on the line this offseason, but are one of the few teams that can actually pull it off outside of the first round of the draft.

Get to know Thuney, because it doesn’t sound like he’s going anywhere.

The third pick in 2015 by the Jacksonville Jaguars had his rookie campaign wiped out by a summer injury. Fowler spent his rookie year on the sidelines recovering and learning.

Fowler is going full speed without limitations in camp and his top-three talent is hard to miss:

Jacksonville is a scary, scary team on the defensive side of things with Fowler healthy. He’s going to pair with Malik Jackson on the line with Jalen Ramsey, Jonathan Cyprien and others behind him, not to mention the eventual return of Myles Jack.

Fowler is one of the hottest names in the league right now and he’s going to get most of the praise for Jacksonville’s turnaround this year. Remember the name. 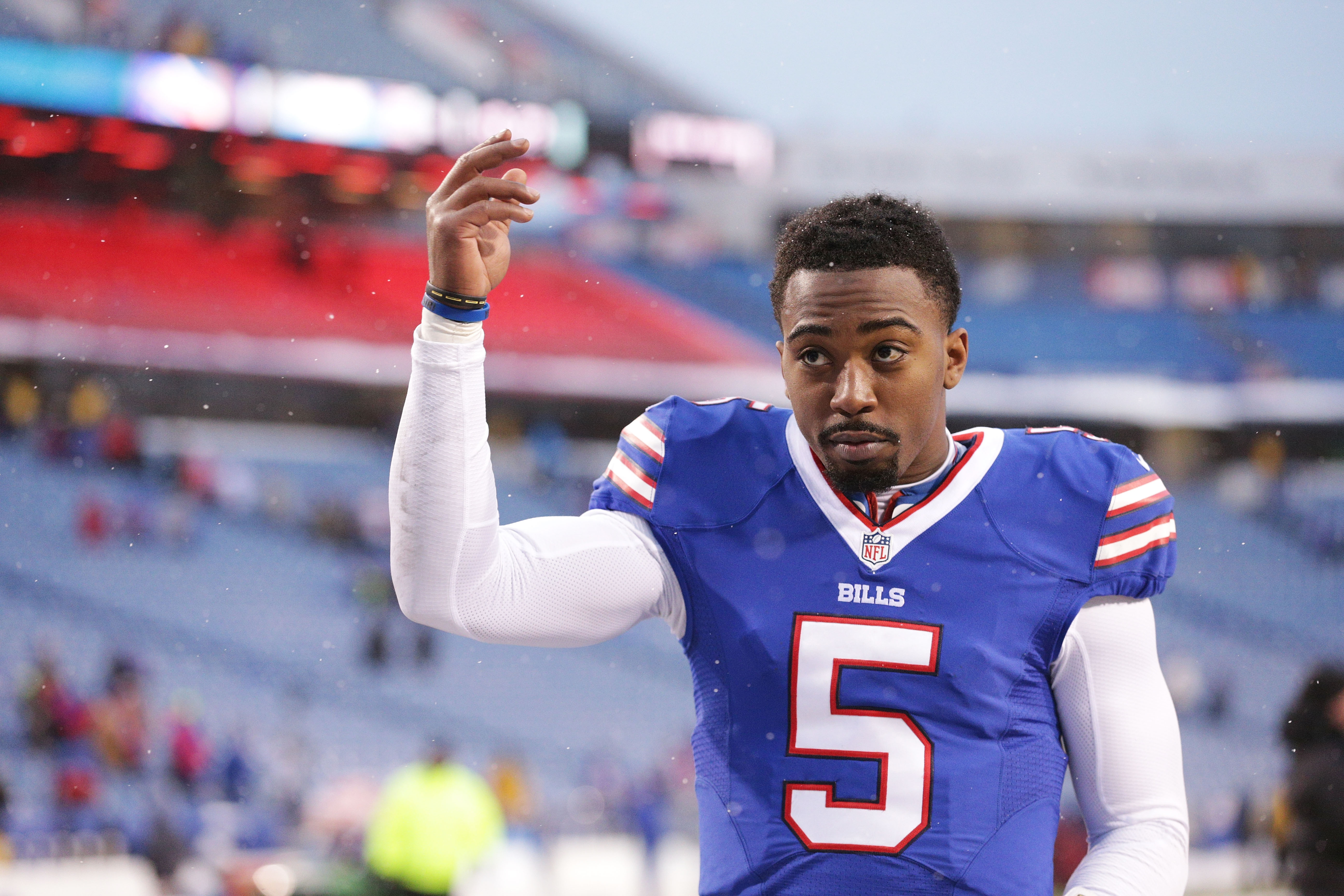 The Buffalo Bills continue to work on a new deal for quarterback Tyrod Taylor, who emerged as a legitimate starter during a breakout campaign in...