Home » fans of games with both skill and chance

Fans of Games with both Skill and Chance

People who follow sports are sometimes interested in testing their knowledge of their game(s) by placing a bet among friends or an official bet with a bookie (where legal). Online sportsbooks in countries like the UK where they are allowed are very popular, and the systems that provide live online in-play action are extremely advanced. When you consider the amount of data involved to give people the chance to place wagers on sporting events worldwide that are in motion it boggles the mind — this arguably more complex than even live casino applications.

There is a noted relationship between online sportsbooks and casinos, for many basic reasons.

The Sport of Chance

People who are apt to enjoy games of chance and skill such as Web-based poker and blackjack are likely to be interested in the thrill of betting on sporting events and matches worldwide. Why? They are people who just relish a little competition against pure chance, and risking a bit on their own understandings and knowledge of games, or whole sports. Casino games are based upon this same impulse and yet obviously playing them is a very different experience requiring a different attitude. What could we say about the act of competing versus the act of betting on competitions that are observed?

We might point out that there basically is a particular balance between flirting with pure chance and applying the skills that go into any single type of betting. There are obvious skills and even talent that come into play with games like cards, but the learning and knowledge demonstrated by many serious sports fans and followers of teams would also qualify as skill. Certainly, applying what one has learned about athletes, coaches, strategy and leagues in order to make rational and well researched bets requires skill and patience. Not only is the US crazy about its sports culture, the United Kingdom may even be able to claim to have even more zeal — and at the same time it is noted for its well-developed betting scene in general (for everything from casino games to sportsbooks to laying down money on political votes and celebrity behaviors!).

And yet, with both participating in games like poker and placing wagers on sports matches using a sportsbook there is an intriguing element of surprise. There is always room for the unexpected, and this supplies some measure of the element of chance and risk. How much of this risk a person wants to accept is usually what determines whether one is assuming the more active role of being a player in a casino or whether one is content to study sporting news and watch games while placing bets. We probably could speculate about the UK specifically in terms of how people there enjoy their sports, since its “football hooligans” are quite well known along with its reputation for loving a good bet — the country is also a hotbed for new online casinos that are popular with players around the globe. In both sportsbooks and casino entertainment, the US does not support as strong scenes as the UK, which is interesting.

The large number of new casinos online every year in the UK as well as the amount of game and software companies and services there might qualify as a definite national industry. In fact, did you know that British talent and technology has been sought after by American online casino markets in Nevada and New Jersey, as well as emerging markets in other states like New York and California? It is not so much that the UK has an edge on the creativity and know-how required to make great Web-based gambling games and launch new casino sites but it does have an advantage when it comes to have a wide open national industry with regulated, legalized gambling laws. Although certain states in the US have chosen to go their own way by allowing gambling of various kinds they must do so by rejecting federal laws.

But that is changing, since many states in the US have been loosening laws on various sorts of entertainment and business. For the moment, Americans who love to bet on the NFL and NBA, or golf and tennis, must find ways that are kosher, such as making unofficial wagers amongst friends. But for those who live in states with developed sportsbook industries, they might do well to check out some of the top new British casinos since many of them have integrated in-game betting capabilities, too. You never know: one year sooner than we think, gambling and betting might become much more common in the US, which will provide fans with lots more options for enjoying their favorite games. 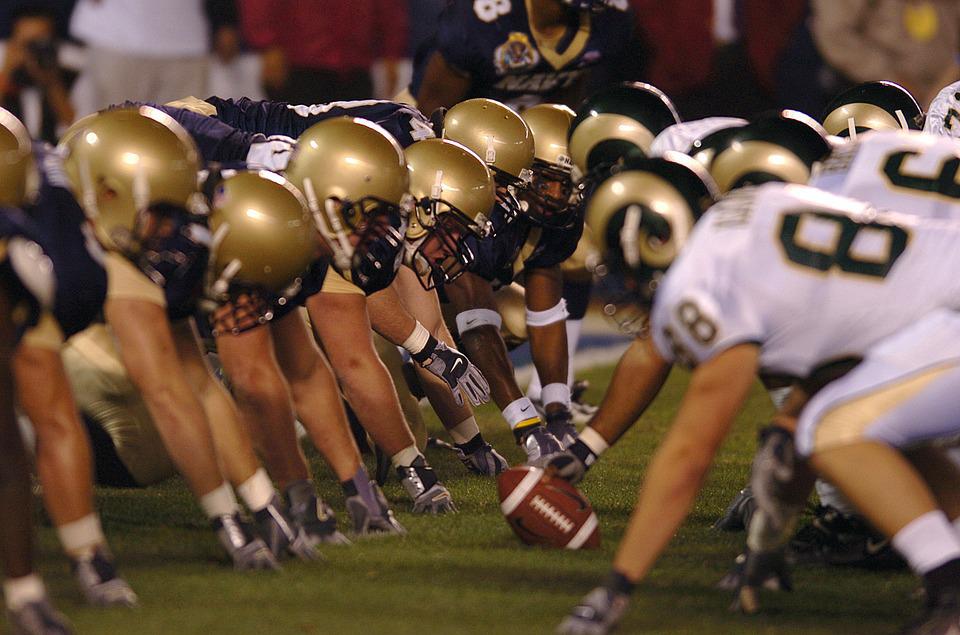 The battle for Super Bowl LI is set to be a great showdown, with the New England Patriots and Atlanta Falcons both on excellent form....