Hall of Fame Game Signifies the End of the NFL Offseason

Every season, the NFL Hall of Fame game signals the end of the NFL offseason and the beginning of the new one. Even though the game is meaningless and usually always ugly, football fans are happy because it means there will be at least one NFL game on television every week till February. If you plan on betting on NFL games this year, take a look at our online sports betting odds for next season.

Even though people always assume the NFL offseason is over once the Hall of Fame game has been played, it actually isn’t ever over. Teams continue to wheel and deal all year round, bring in players for tryouts and try to figure out ways to improve their teams.

This year, NFL fans will be especially eager for the season to start after an offseason that was filled with a lot of drama and controversy.

The biggest controversy in the offseason will unfortunately spill into the season because there seems to be no end in sight.

Former San Francisco 49ers quarterback Colin Kaepernick dominated the NFL news cycle because he remains unsigned after opting out of his contract with the 49ers.

After watching less talented quarterbacks and quarterbacks with no NFL experience get signed while he was still waiting for calls, rumors began to circulate that NFL owners were boycotting Kaepernick as punishment for his decision to take a knee during the National Anthem last season.

Before free agency began, Kaepernick’s agent said the quarterback would stand during the anthem this season, but teams still refused to sign him or even bring him in for workouts. The top sentiment was fans would refuse to watch their team play if Kaepernick was signed by their favorite team, which will affect a team’s bottom line.

The fact that having Kaepernick on the team would be a distraction was also another excuse used to justify not signing him. Now, with training camps already started and a few quarterback in juries occurring, Kaepernick remains unsigned.

Movie director Spike Lee announced on Tuesday that he is organizing a march on the NFL headquarters in a few weeks to protest Kaepernick being unsigned.

Another top story in the offseason was the recent information released about NFL players and CTE, which led to a few active players retiring in their prime.

There was also the case of the New York Jets gutting their roster in an obvious attempt to tank this season and get the number one overall pick. The team got rid of their most talented payers on offense and defense and will start the season with a quarterback that looked like he should be playing in the Arena League, but they deny they are tanking and were backed up by Roger Goodell.

Speaking of Roger Goodell, the NFL commissioner has been investigating domestic violence allegations against Dallas Cowboys running back Ezekiel Elliott since last season, but still hasn’t handed down any disciplinary action. The lack of a decision on Elliott has led to some thinking the commissioner is showing favoritism to Jerry Jones and the Cowboys.

Another hot topic in the offseason was the league easing up on touchdown celebrations, which seemed to go over well with the players and fans. With football back on our screen on a regular basis, we should see some interesting celebrations soon. 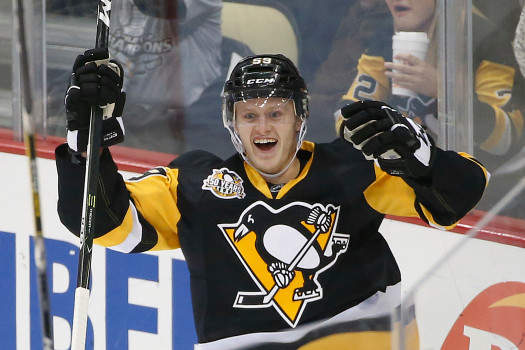 The NHL Money Machine: How Does It Break Down?

TV Contracts: The lifeblood of the major sports leagues, whether it be MLB, NBA, NFL or NHL, is the television contract. If fans think teams...