The Indianapolis Colts started off 2016 on the right foot last week by winning their first preseason game 19-18 over the Buffalo Bills. This week, they host the Baltimore Ravens, hoping for another good result.

The Colts missed the playoffs last year mostly due to the absence of their star quarterback, who was hit hard by injuries. This season, however, bettors may want to play the odds on Indianapolis at a site like http://777extraslot.com/online-casino-no-deposit/. The Colts are getting healthy and should do well in 2016.

Here are the latest news and notes surrounding the team.

Andrew Luck to play vs. Ravens

Luck will make his 2016 debut on Saturday against the Ravens, his first football game in 10 months. Colts coach Chuck Pagano said he hopes to play Luck a quarter or a quarter and a half to get him back in the swing of things. After an injury-plagued season in 2015, the Colts want to be careful with Luck, as they are hoping to get him back to Pro Bowl form this season.

Anderson has been on the physically-unable-to-perform list since the start of training camp, as he recovers from a torn ACL last season. But Pagano told reporters Thursday that Anderson is close to getting off the PUP list and could return to the active roster soon. A third-round pick of the Colts in 2015, Anderson was off to a good start, with 19 tackles and one sack in nine games last season before hurting his knee.

Colts running backs were held to 10 yards on 19 carries in the preseason opener against the Bills. Look for them to improve that on Saturday. Starter Frank Gore did not play but expects to get some run in the second preseason game. The Colts finished near the bottom in rushing last season. 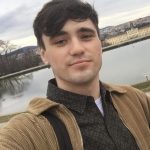 Online betting sites make it easy to wager on the NFL, NBA, NHL, college sports, and much more in the US. You can take odds...