New York Rangers fans have a lot to be unhappy about these days. Certainly, there are few silver linings but there is also reason to worry. Sufficing to say, you should be careful how you how you bet on Hockey this season.

Everything will come down to how effectively the Rangers overhaul in Hartford. Does anyone else remember what happened last season? Everyone was looking to the Hartford Wolf Pack as actual contenders and there was a good reason for it.

The farm team in New York was hoping to take advantage of a number of prospects. With the likes of Robin Kovacs in toe, Hartford should have been elevated into a development center of sorts that took in young talent and churned out superstars.

That didn’t really happen. According to Adam Herman, a sports writer, the problems plaguing New York these days can be directly imputed to failures at Hartford. Maybe no one was looking closely enough to notice how poorly things were being run. Either way, it is a shame to think that Ryan Graves was the only talent that was seemingly nurtured to his full potential.

But as with every team that stumbles, New York has no time to shift the blame around. They need to continue overhauling. And it isn’t like the issue only came to their attention recently. The Rangers already took steps to remedy the problems they encountered in Hartford. Most notable of the alterations was a chance in the management crew.

No one could have been surprised when Ken Gernander was sent packing, though you are likely to encounter a few voices grumbling about Keith McCambridge who replaced him as Head coach. Either way, the change was necessary, especially in light of the decision to bring Chris Dury on board as General Manager.

If the rumors are true that things in Hartford have really regressed into an unbearable environment of toxicity, Dury and Keith will have a hard time turning the situation around. But they wouldn’t have been hired if they weren’t up to the task.

They will definitely do far more good for New York than Gernander who had a strange penchant for elevating veterans over the youth. Of course, no one is doubting the skill and experience that veterans generally bring to the table.

But everyone knows that the AHL is a hub for young players. The entire program is designed to help youth nurture their talents, and clearly, Gernander did not understand that, which is why people like Malte Stromwall seemed to fall back while the likes of Tanner Glass were elevated.

Regardless of your opinions about Keith and Dury’s abilities, you can trust that they will, at the very least, get Hartford back to nurturing and prioritizing young talent.

Naturally, changing head coaches won’t solve every problem, though it will solve quite a few. It is going to be necessary to bring additional talent into the pack. There is talk of wooing Filip Chytil and Lias Andersson, two fine additions to the roster.

The team still has Ryan Gropp and Robin Kovacs, not to mention Ryan Graves and Anthony DeAngelo. Once properly developed, these names and more could bring change to Hartford’s future. 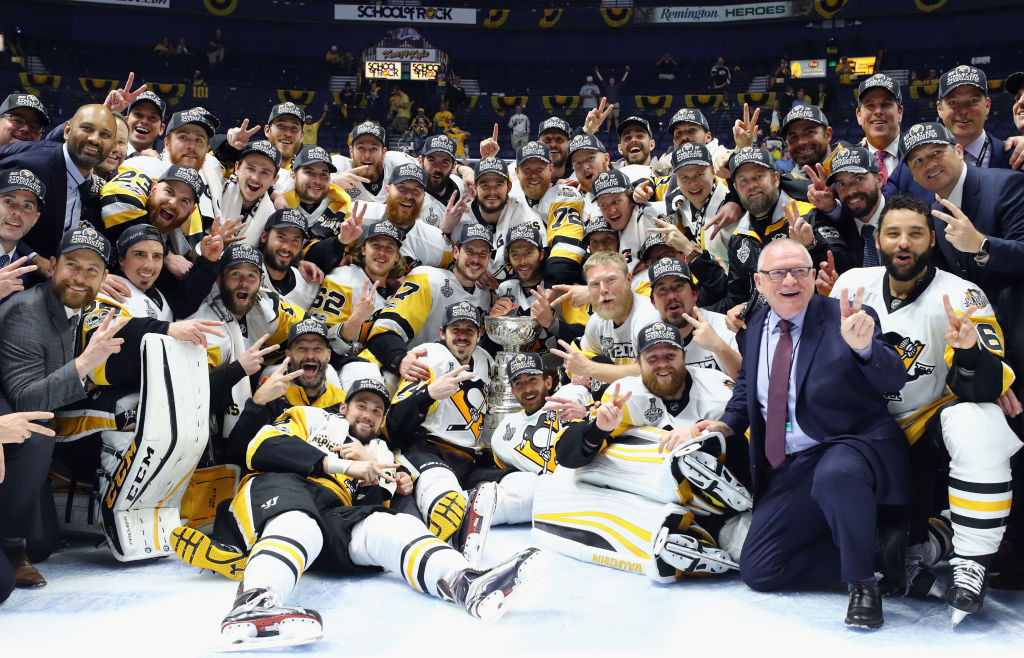 The Pittsburgh Penguins became the first team to win the Stanley Cup in consecutive years in the past 19 years, after defeating the Nashville Predators...