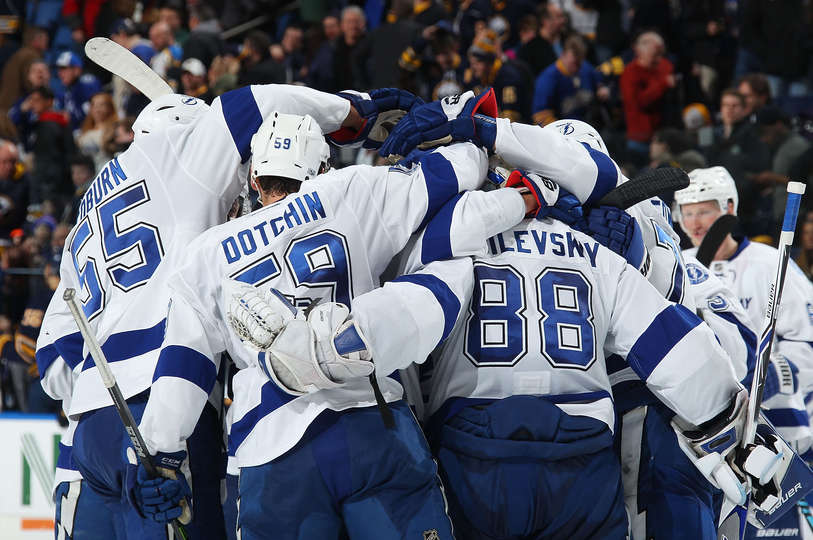 According to the Westgate Las Vegas SuperBook, the Tampa Bay Lightning‘s odds to win the 2017-18 Stanley Cup are 12:1, behind only the Pittsburgh Penguins (7:1) and the Edmonton Oilers (8:1).

The Lightning’s 2017-18 season will be highlighted by captain Steven Stamkos hoisting the Stanley Cup.

A more seasoned and unquestioned number one netminder, 22-year old Andrei Vasilevskiy will compete for the Vezina Trophy. Vasy will play 70 games, winning 44 of them while earning a sparkling 2.26 goals against average, a .925 save percentage and six shutouts.

After years playing with Sidney Crosby, Kunitz knows what to do to make Stamkos a better player. Don’t be surprised when Stamkos scores 55-60 goals this season. The back-to-back Cup winner brings 161 games worth of playoff experience and a bit of grit to the Bolts offense.

“I try to play a straightforward game, straight lines, try to be physical on the forecheck, turn pucks over, go to the front of the net, go around the battle areas, go through people rather than around them,” Kunitz said. “I’m not a guy who’s going to skate through the neutral zone and make a bunch of fancy plays, but I’m going to try and be a guy that brings that physical aspect to the game and someone who makes it tough to play against.”

That is exactly what will make Steven Stamkos better.

A healthy Steven Stamkos will return to form and score 55-60 goals. Nikita Kucherov continues his climb to stardom and will be a top five NHL player, netting 45 goals and winning the Conn Smythe Trophy as playoff MVP. Tyler Johnson or rookie sensation Brayden Point will be Tampa Bay’s third center. Ryan Callahan returns to score 20-25 goals while bringing back his much-needed physicality to the Lightning lineup. The should-be famous Ondrej Palat is one of the league’s best two-way players and will fit in the top six nicely. The Bolts power play will be one of the NHL’s best, scoring at an unprecedented 26% clip.

Much maligned new Lightning defenseman Dan Girardi will thrive in the postseason after playing fewer minutes (18:00 per game average) during the regular season. Girardi will mentor the Bolts young blueliners Slater Koekkoek and Jake Dotchin to a solid year while becoming a dependable stay at home defender.

So there you have it. Some really BOLD predictions. 2017-18 will be a dream season for the franchise. The world class organization will be rewarded for all of its hard work.