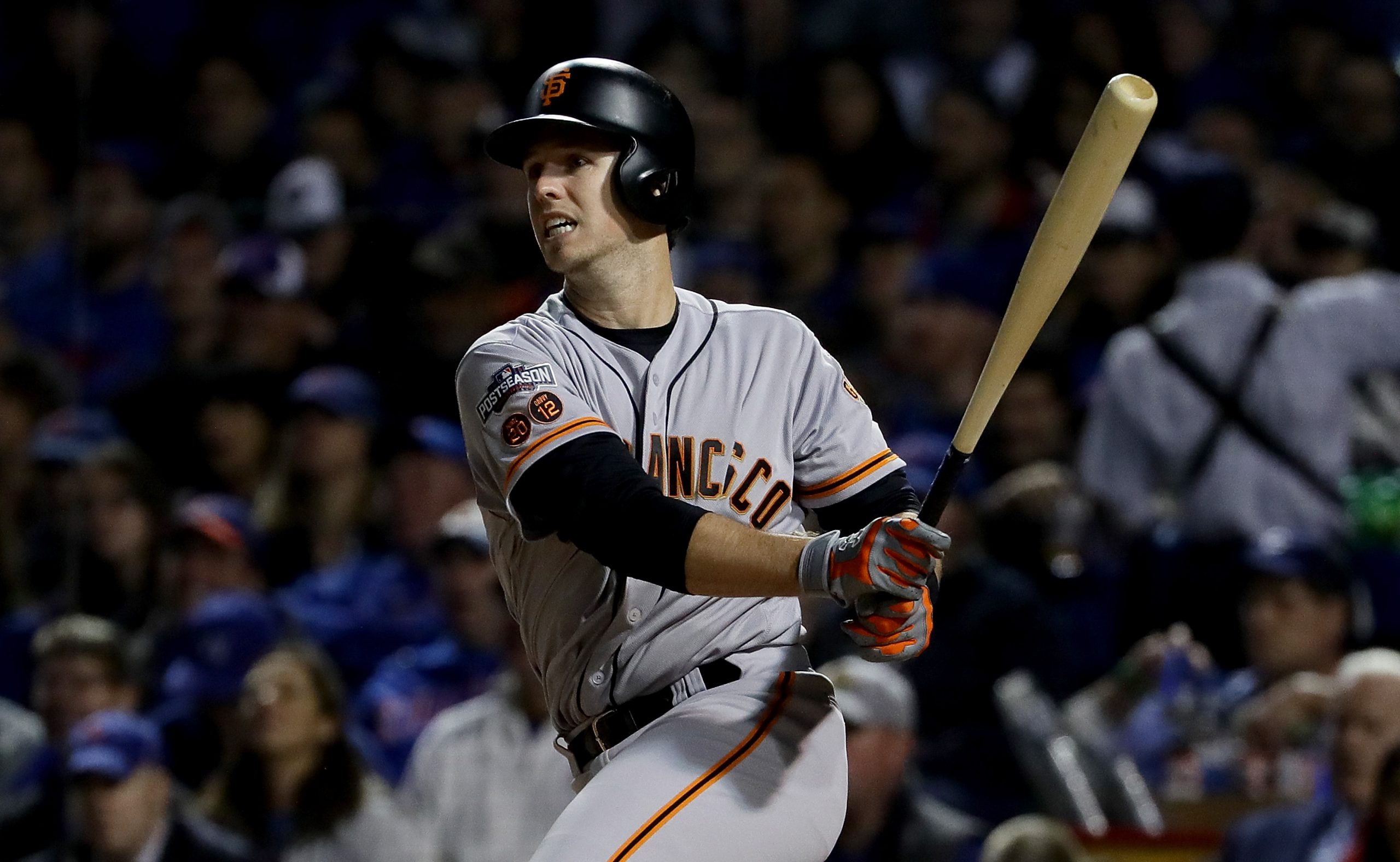 While it may not feel like spring is on the way in certain parts of the country, it’s closer than you think. Why? Well, the start of Spring Training is less than three weeks away, and we all know that the mere sight of players on a baseball field gives people the warm and fuzzies — no matter what the thermometer says.

Another year of MLB action means there will be lots of money earned by the league’s best players. But who gets the honor of being the top earner at their position this season? That was a question we wanted to answer with the 2017 All-Money team.

Thanks to Spotrac, it was easy to check out the payroll salaries at each position to see who is bringing home the most bacon over the next few months. Here’s a squad that would be pretty darn good overall, but just a tad bit expensive.

Buster Posey is in the midst of an eight-year, $159 million contract, and while it’s normally not a good idea to commit that much money to a catcher, the San Francisco Giants have done it the right way — 2017 will be Posey’s age-29 campaign.

The Giants are essentially paying top-dollar for the best years of Posey’s career, which has worked out just fine, I’d say. He’s got an MVP award, three Silver Sluggers, one Gold Glove, and of course, those three World Series rings. Since becoming an everyday player in 2010, he’s failed to produce at least 4.0 fWAR in a season once (2011, when he was limited to just 45 games due to injury).

Common sense tells us that Miguel Cabrera, who’s entering his age-34 season, is going to slow down at some point. I mean, it happens to the best of them. That’s why it’s impressive to see him be this good for this long.

It wasn’t too long ago when the Seattle Mariners and their fans were feeling really nervous about that 10-year, $240 million deal Robinson Cano signed. Thankfully for everyone involved, he turned back the clock in 2016 with a performance that looked like some of his best in Yankee pinstripes.

While hitting a career-high 39 home runs last year, he drove in 103 runs and scored 107 of his own. It was the first time he’s surpassed the century mark in both categories during a single season since doing it in 2010 and 2011. It’s likely that New York Mets general manager Sandy Alderson knew the eight-year, $138 million contract he agreed to with David Wright probably wouldn’t look great towards the end. One would imagine he wishes it didn’t look this bad this quickly, though.

Back and neck issues have limited the Captain to just 75 regular-season games since 2015, and while they’re hopeful he can contribute in 2017, how much of a factor he’ll actually be is anyone’s guess at this point. As it stands, Wright is under contract through 2020, which would be his age-37 season.

Not only is Yoenis Cespedes the highest-paid left fielder in 2017, his new four-year, $110 million contract with the Mets has been the richest of the offseason. However, there’s one tweet that shows just how cold the hot stove has been this winter compared to previous years.

The $110M Yoenis Cespedes deal will be biggest contract this winter, but wouldn't have been the leader any of the previous 10 off-seasons

Hitting 30-plus homers for the second straight year is a big deal, but the biggest progress Cespedes made at the plate last year lies in his plate discipline — after watching his walk rate shrink to a career-low 4.9% in 2015, it nearly doubled to a career-high 9.4% in 2016.

Now in the midst of a youth movement, one would think the Yankees wish they hadn’t signed Jacoby Ellsbury to that seven-year, $153 million deal prior to the 2014 season. Since his career year in 2011 with the Boston Red Sox (.928 OPS, 32 homers, 39 steals, 105 RBI and 119 runs scored), things have basically gone downhill.

That performance produced a 150 wRC+, but he’s never surpassed 112 since, including reaching just 83 and 91 in each of his last two seasons, respectively. He is an expert at reaching base via catcher’s interference, though.

Did Jason Heyward help the Cubs break their 108-year championship drought last year? He did, but it certainly wasn’t with his bat, as he produced a career-low .631 OPS and 72 wRC+. However, he deserves some credit for not letting those struggles follow him into the field — Heyward saved 18 runs with his glove, which led to an Ultimate Zone Rating (UZR) of 20.4.

Either way, he’s putting in some time on fixing his swing this winter, which was absolutely necessary.

Due to the nature of how bad Albert Pujols‘ contract is (10 years, $240 million), it’s easy to forget he’s hit at least 30 homers in three of the last five years, while just missing that mark in one of those seasons (28 in 2014). The problem? Well, he’s not the Albert Pujols we were in awe of on a nightly basis with the St. Louis Cardinals.

During his 11 years in St. Louis, his wRC+ never dipped below 150 during a single season (that’s insane). Now with the Angels, it’s only been higher than 123 once, which was his first year with the club (133 in 2012). Although Los Angeles still has five years to go on this deal, at least general manager Billy Eppler enjoyed a winter full of creative moves while attempting to improve the team. If there’s any player worth every penny he’s paid, it’s Clayton Kershaw. Don’t believe me? Check out this paragraph from a recent FanGraphs article by Craig Edwards:

Consider: according to the depth-chart projections at this site, the Dodgers currently possess the best rotation in major-league baseball. The San Diego Padres, meanwhile, have the worst. If one were to move Kershaw from LA to San Diego, the Dodgers would rank only 15th in the majors; the Padres would improve to sixth-best overall.

Also, Kershaw spent about three months on the disabled list last year and still managed to produce a 6.5 fWAR in 149 innings. That’s better than the production six teams got from their entire starting rotations in 2016.

The Yankees are going through a youth movement, but not when Aroldis Chapman is available to upgrade the bullpen. Five years and $86 million for someone that will pitch between 60-70 innings per season seems a little steep (because it is), but he can also do stuff like this.

You can teach pitchers a lot of things, but you can’t teach them how to throw a heater like that.

These 11 players will combine to earn just under $269 million during the 2017 season. To put this in perspective, the Los Angeles Dodgers are currently projected to lead MLB this year with a payroll of about $223 million. And, of course, if we actually want to build a full team, we’d need to employ another 14 to fill out a 25-man roster.

There are a handful of players on this list who have proven to be worth the investment with their on-field play, while others are likely leaving their respective teams with buyer’s remorse. Will those narratives change or continue in 2017? That’s a question that will be answered soon enough.