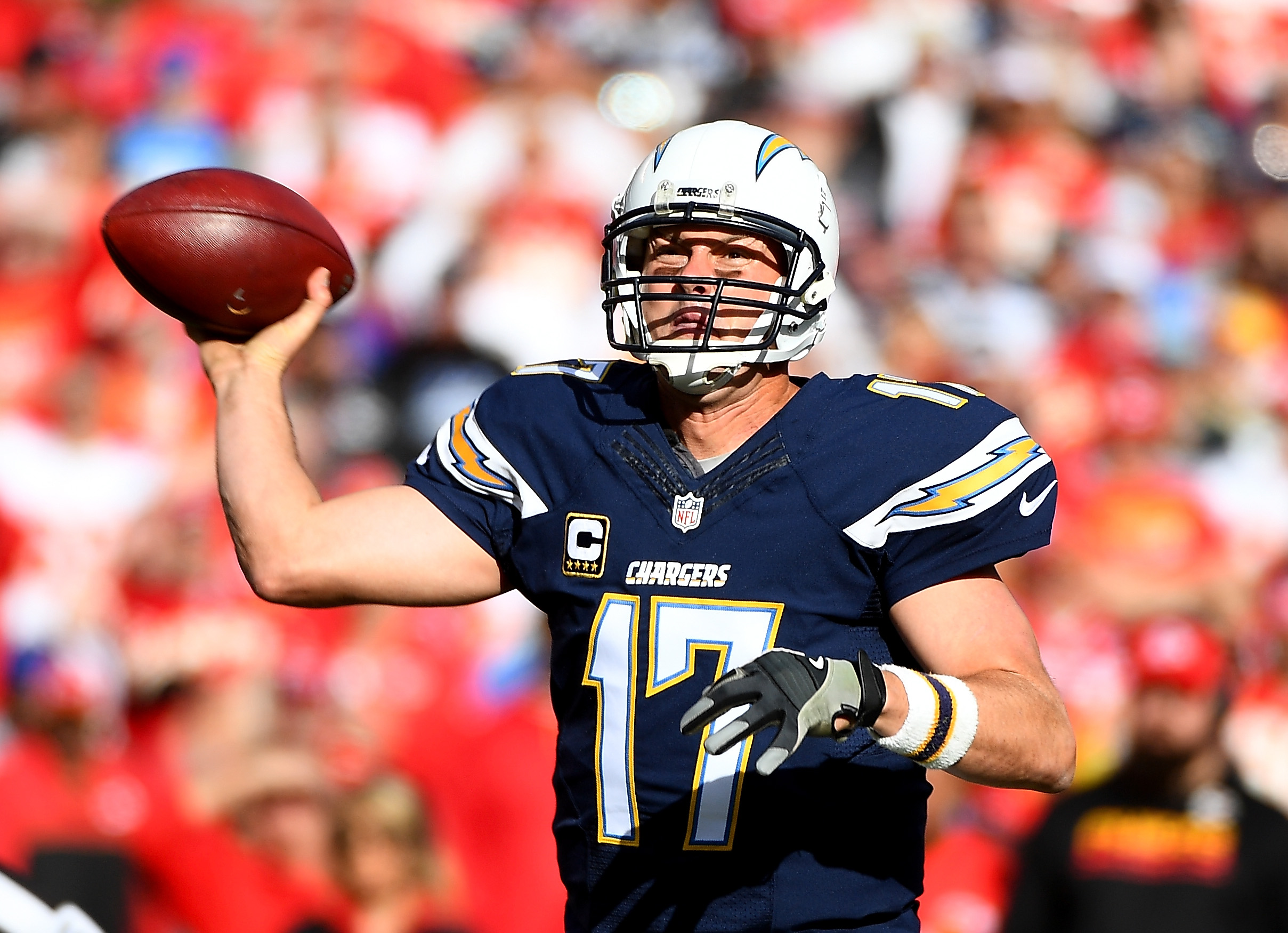 As fantasy football drafts start to gear up this week, everyone is looking for that special sleeper or value pick to strengthen their fantasy team in 2017. Teams on the West coast, like the Raiders and Chargers, have plenty of fire power on offense to create fantasy studs this season. The best part is, most of the guys on this list are underrated. To get you ready for your PPR league, here’s a list of value players you can pick throughout the draft that can give your team the edge come week 1. All average draft positions (ADP) are from Fantasy Pros and projections for each player were generated by fantasy footballer Anthony Zaragoza.

Michael Crabtree: Fourth round ADP (WR #21) – Michael Crabtree may not get the same credit his teammate Amari Cooper receives, but the former Texas Tech Red Raider deserves his praise as well. Since arriving in Oakland back in 2015, the same year Cooper was drafted, Crabtree’s finished above Cooper each year in catches, touchdowns and fantasy points. If your strategy is running back heavy the first few rounds or like to snag consistent players, Crabtree would make a safe WR2 or a top notch WR3 in your lineup. PROJECTION: 85 receptions, 978 yards, 8 TD’s

"I don't hate Cooper, I hate drafting him knowing I can get Michael Crabtree a full 2 Rounds Later!" Mike Dempsey @md_1010xl pic.twitter.com/7DRY9O90Ab

Sammy Watkins: Fifth round ADP (WR #24) – The newly acquired playmaker is by far the most talented receiver on the Rams roster. Going into Bills training camp this past offseason, reports around Buffalo deemed Sammy Watkins healthy and ready to go. If so, Watkins could be in line for a comeback type year in Los Angeles. Of course, the development of quarterback Jared Goff plays a big factor, but if you can afford a high-risk high reward guy in your lineup, Watkins could play dividends. PROJECTION: 67 receptions, 1,072 yards, 6 TD’s

Sammy Watkins is a screaming buy right now. Allen Robinson is getting there quickly #MFL10s pic.twitter.com/a2bM57ZSOH

Pierre Garcon: Sixth round ADP (WR #32) – The last time Pierre Garcon played under new 49ers Head Coach Kyle Shanahan, the former Redskin had his best season in his career. Garcon finished the 2013 season with 116 catches and 1,346 yards. Should fantasy owners expect a repeat performance? No, but what they can expect is a ton of targets going Garcon’s way and a WR who could play himself into top-20 conversations by seasons end. PROJECTION: 78 receptions, 1,021 yards, 5 TD’s

Good fantasy picks can play for (potentially) bad teams. Here's @JessePantuosco making the case for Pierre Garcon being a "must have." pic.twitter.com/9lMU7UqdKj

Derek Carr: Ninth round ADP (QB #12) – In real life, the former Fresno State Bulldog is an MVP caliber player. Fantasy wise, he’s been in the middle of the pack for quarterbacks the last two years. This season, it changes for Derek Carr. Throwing behind one of the league’s top offensive line groups, offensive weapons at all the skill positions and now under the guidance of young and energetic offensive coordinator (former QB coach) Todd Downing, Carr has all the makings of a top eight quarterback. At this price, he’s a bargain for any fantasy owner. PROJECTION: 4,350 yards, 31 TD’s, 8 INT’s

He's back in action!

Philip Rivers: Tenth round ADP (QB #14) – If drafting a quarterback late is your strategy and you miss out on Carr, have no fear Philip Rivers is here. Rivers has thrown for 4,000 yards or more eight out of the last nine seasons. The Chargers improved the offensive line this offseason, added a new weapon through the draft Mike Williams (who’s injured at this time) and return WR Keenan Allen this year. The 13-year veteran should produce quality numbers this season once again. PROJECTION: 4,400 yards, 30 TD’s, 14 INT’s

Hunter Henry: Tenth round ADP (TE #13) – Hunter Henry exploded onto the scene last season with eight touchdown catches. Even though future Hall of Famer Antonio Gates is still in town, the Chargers may want to increase the targets to Henry (53 last season) to maximize his potential. Los Angeles will have Allen back this season, but QB Rivers and company will be throwing the ball a lot this season. Thus, giving the former Arkansas Razorback a chance at something special. PROJECTION: 51 receptions, 638 yards, 7 TD’s

Tyler Lockett: Thirteenth round ADP (WR #59) – The former All Pro returner was activated this last week and will return to the practice field for the first time since his horrific leg injury he suffered late last season. Tyler Lockett has the speed and big play ability to be the Seahawks big play wide receiver in the offense. If Lockett can return to his pre injury shape and beat out Paul Richardson and Jermaine Kearse for the #2 spot, Lockett could be a nice fill in on bye weeks. Also, Lockett could sprinkler in one or two extra touchdowns over the course of the season since he returns kicks for Seattle. PROJECTION: 55 receptions, 781 yards, 4 TDs.

Since this list did not include any running backs, which RB do you see making a splash late in the draft? Any other sleepers or value picks that were missed? Let me know in the comments below.