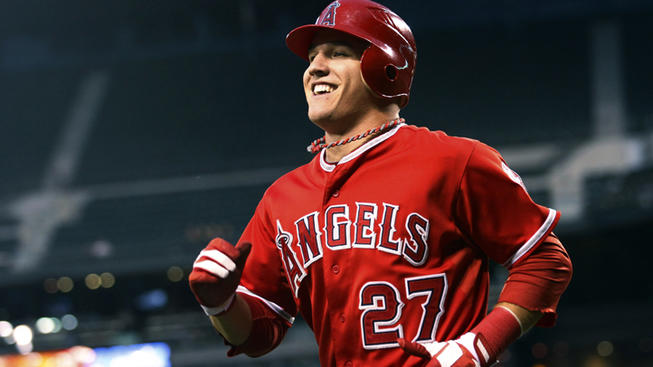 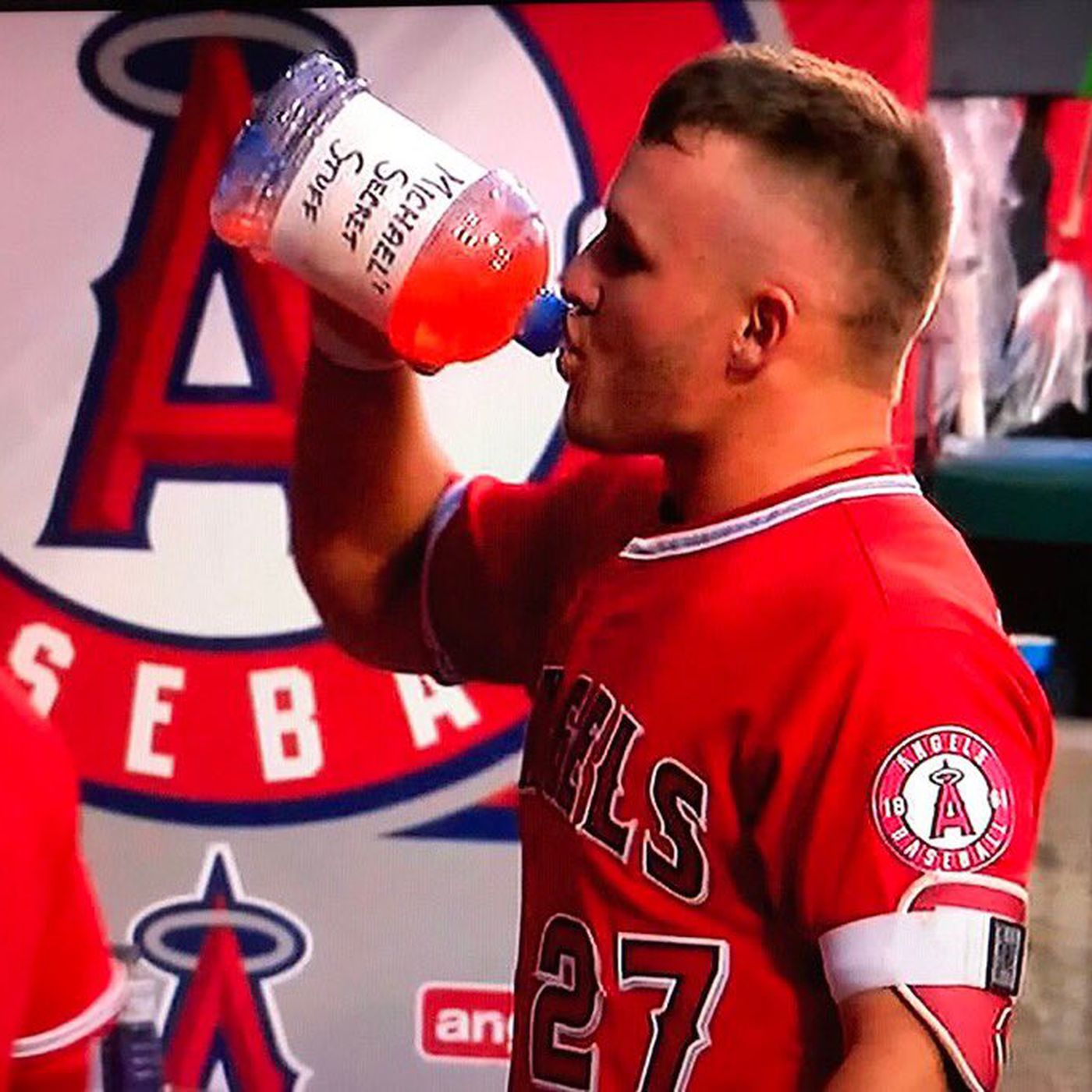 Yes you read that right.

No seriously go back and count up the zeroes, we will wait.

The question of a Mike Trout extension is not so much when, but what it will constitute in terms of contract length and total payroll commitment.

So, to be clear, it is the author’s firm opinion that #27 will ink an extension deal this off-season. He will most likely put pen to paper (or his finger on a touch pad) between the time the dust settles on Manny Machado’s and Bryce Harper’s newly-signed deals and the beginning of Spring Training give or take. A signing could even happen on Opening Day or shortly after.

This, of course, makes sense. Trout deserves to be compensated for his peerless production and having Manny and Bryce set the free agent market from a price perspective will set the table for what the Angels will have to fork out, in a Millville Meteor deal.

In last year’s Outfield section of the Primer Series, we discussed what a Mike Trout extension would look like based on a conservative valuation, using a base of $9.5M/1 WAR, a modest 5% inflation increase in $/WAR year-to-year, and a base 8-WAR season through age 30, a -0.5 WAR age adjustment through his age 34 season, and a -1.0 WAR age adjustment for every year after that.

On some level it is absurd for any team to pay any player the amount listed above but the point I am trying to make is that the Angels need to compensate Trout in a manner that reflects his worth and how the free agent market would pay him. Machado and Harper will likely hit or exceed $400M each in all probability and those contracts will be record setting ones for all of about 5 minutes before Trout signs his new deal with the Angels. These are lofty pie-in-the-sky numbers but Mike’s vertical leap lets him play in the clouds.

Beyond the actual eye-popping dollar figures we should discuss the very real and probable opt-outs that will be inserted into Mike’s new contract. Trout seems like a loyal guy so a career-long compact may have genuine appeal to him but I think Mike wants to ensure that he gets enough opportunities to win a World Series Championship and thus it is the author’s opinion that the Angels will insert one or more opt-outs in Trout’s new extension deal.

An opt-out after the 2020 or 2021 season will allow Billy Eppler to continue building the farm system and team, to show Mike the Angels can and will be competitive. It gives Trout the opportunity to get the big money contract and the ability, if things are not going well, to leave and sign with a team that he feels has a better opportunity to win in the post-season. Multiple opt-out’s are a very real possibility.

This action by the team would be an act of good faith toward Trout and his agent by acknowledging his worth and desire to win in the present. It does little for the Angels other than building some good faith with their superstar, Hall of Fame-bound center fielder unless they get an extra year (or more) of control by starting after the 2021 season which would be the end of Mike’s age 29 year of control.

The bottom line is that there is nothing holding the Angels back from doing this now. Adding opt-outs allows Mike to exit, if he desires, a long-term commitment and is in-line with how contracts are being written nowadays (reference Clayton Kershaw for example). Whether it is $400M, $450M, or $500M offer (or crazily even higher) Trout is worth it by even the most conservative $/WAR assumptions.

If you believe the WAR valuation (and believe me that takes some courage too), a Mike Trout extension is THE value-buy of the off-season and Arte Moreno and Billy Eppler know it. Despite the monumental cost and commitment to one player they would be foolish not to act on it. If Mike Trout is not Moreno’s “right guy” then no one is.

As if you need a reminder here is Mike Trout’s last three seasons:

Crazily, Mike just keeps getting better. Might he become the twelfth player in Major League history to have an on-base percentage over 50%? Could he also be the twelfth player of all time to exceed a 200 wRC+, as well? Who knows! No matter what it will be fun to watch!

Clearly Mike Trout is the best player the Angels have ever had and may be one of the best, if not the best, players in Major League history. He is in his prime and the Angels are in the driver’s seat to ink a new career-long deal if “The Kiiiiid” is also.

I think this is an easy call by all parties involved so I am all-in on my belief we sign him this off-season.

Time will tell the tale!