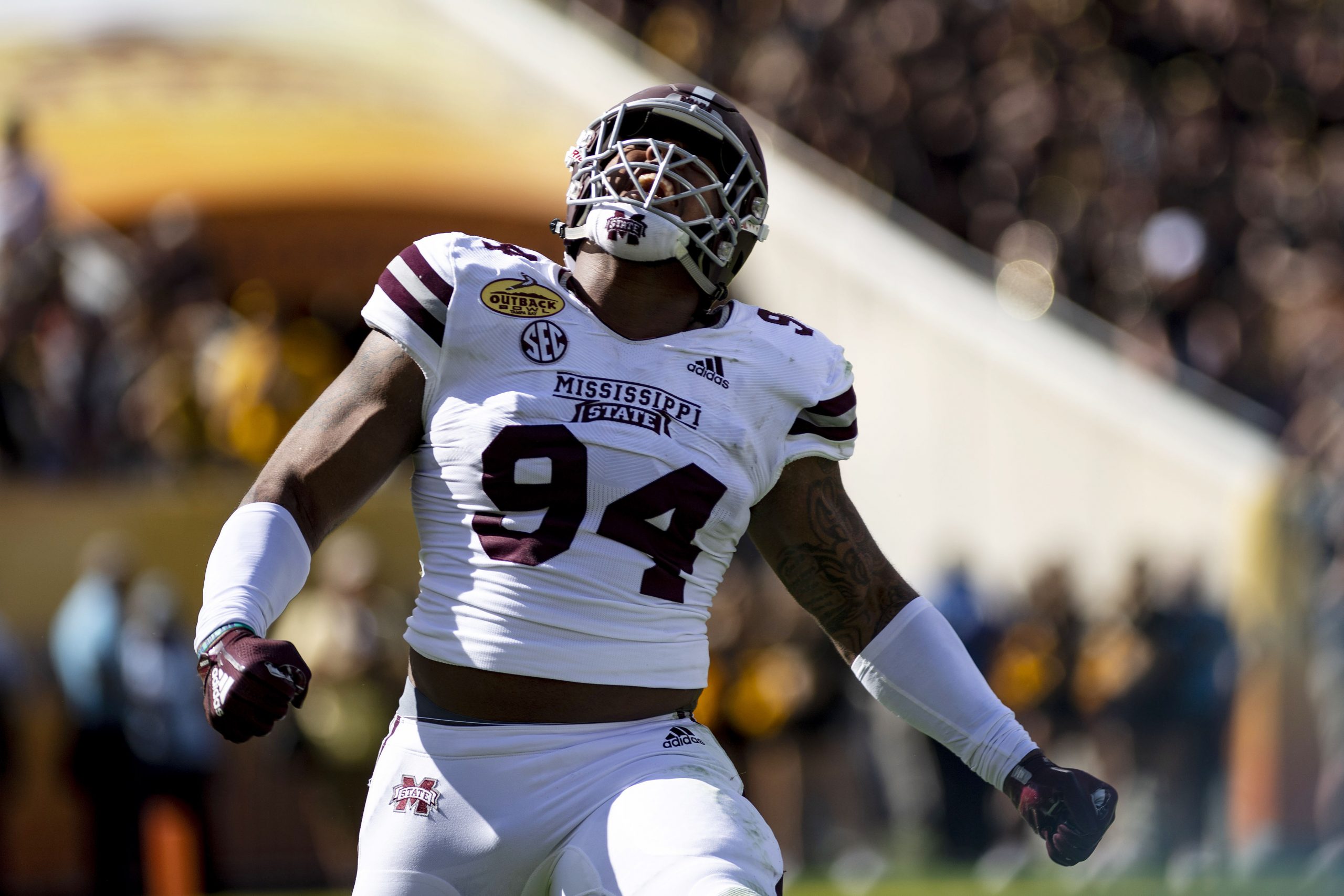 The team is still doing its due diligence when it comes to scouting the defensive line talent in this year’s draft class.

Tom Pelissero of the NFL Network reported on Wednesday that the Eagles met with both Mississippi State edge Montez Sweat and defensive tackle Jeffery Simmons.

Simmons, who is projected to be a top-tier defensive lineman in this year’s class, tore his ACL back in February before the NFL scouting combine.

But at Mississippi State’s Pro Day on Wednesday, Pelissero reported that Simmons told him that his goal is still to play in 2019.

In addition to his recent injury, the 6-foot-4 defensive tackle also had an off the field incident involving a woman after National Signing Day in 2016. Due to this incident was not invited to the scouting combine.

Outside of this off the field issue, Simmons is a massive defensive tackle that has a knack for creating havoc in the backfield.

However, his best season came in 2018, where he had a career-high 63 total tackles, 18 tackles for loss and two sacks.

For more on what Simmons’ brings to the table, here is what NFL.com’s Lance Zierlein had to say:

“Impressive physical specimen offering rare combination of strength and athleticism for future dominance in a variety of defensive schemes. Simmons involvement in a fight between two women in 2016 will surely be a cause for concern, but his avoidance of trouble while at college should help his cause. His on-field issues are self-created and largely due to a lack of instincts, but the physical tools and immense upside outweigh those concerns. Simmons has All-Pro potential and should become an early starter and star.”

Zierlein also compared Simmons to Ndamukong Suh, which would be a fantastic get for any team, especially the Eagles late in the first round.

As things currently stand, Philadelphia could use another defensive tackle behind Malik Jackson and former Mississippi State alum Fletcher Cox heading into next season.

Earlier this month, the Eagles decide not to pick up Tim Jernigan’s 2019 option, making him a free agent, while veteran defensive tackle Haloti Ngata retired from the NFL.

If the Eagles were to draft Simmons, he would get a chance to continue his rehab and would not be expected to play immediately.

However, Philadelphia could also use Simmons’ teammate in Sweat, who threw down the gauntlet at the NFL scouting combine.

Speaking of the combine, I.n Rapoport of NFL Media reported a couple of weeks ago that doctors took a thorough look at Sweat due to a pre-existing heart condition, which was not publicly known before.

Sweat’s agents relayed a message to NFL.com about their client’s health stating that it is now and that Sweat is still the same player who dominated the SEC.

If his heart condition is not a concern at the next level, then there is no reason why Sweat can be a top-10 or 15 selection in next month’s draft.

The redshirt senior, who started out at Michigan State, had an impressive two seasons at Mississippi State to finish out of his college career.

In the last two seasons, Sweat compiled 101 total tackles, 30 tackles for loss, and 22.5 sacks. He was also named first-team All-SEC twice and named to the AP All-American second-team in 2018.

Here’s more on the type of player Sweat is via NFL.com’s Lance Zierlein:

“Some will see Sweat as a leggy edge prospect with average play strength and a lack of refinement in his pass rush. I see a talent, similar to Danielle Hunter out of LSU, with above-average length and a prospect who should continue to grow into his frame, allowing him to unleash his rush flashes into a consistent attack. His transition as an NFL rusher will take some time, but like Hunter, he should come out on the other side as a good, impact starter as an every-down edge defender.”