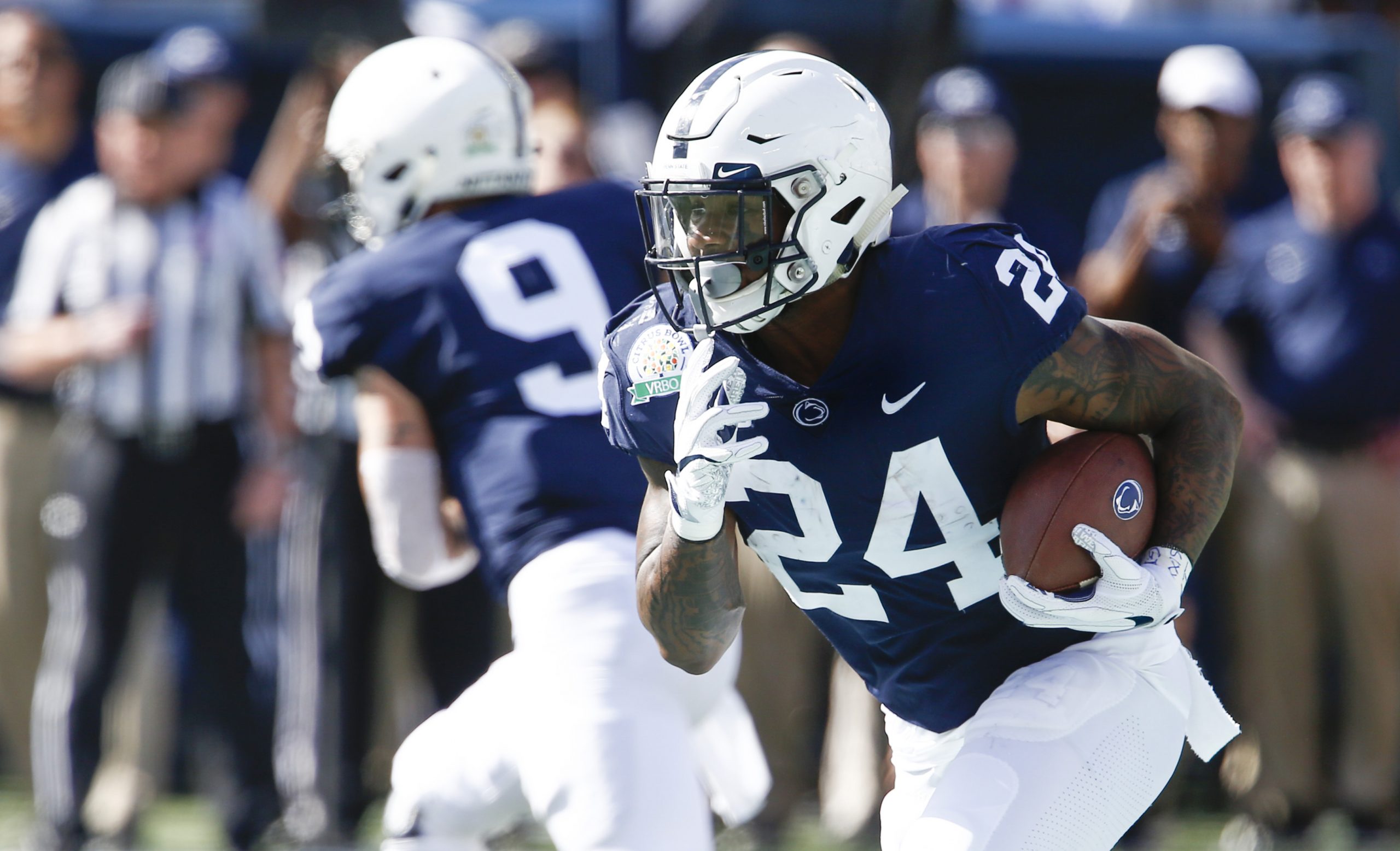 After using their first-round pick on an offensive lineman, the Philadelphia Eagles decided to address their offense again on Day 2 of the 2019 NFL Draft.

Both players could make an immediate impact within Philly’s offense this upcoming season.

In regards to Sanders, he is a versatile running back, who had to wait two years behind last year’s third overall pick Saquon Barkley.

Last season, the 5-foot-11 running back rushed for a career-high 1,274 yards on 220 carries and nine touchdowns. In addition to what Sanders did in the ground game, he also had 139 receiving yards (24 receptions).

The Pittsburgh, Pennsylvania native should be a solid complement to Jordan Howard in Philadelphia’s running back by committee system.

However, before he takes any NFL snaps, the former Nittany Lion standout must do a better job taking care of the ball. Sanders had an enormous five fumbles over 13 games last season.

For more on Sanders, here’s what Lance Zierlein of NFL.com said:

“Well-built glider with the instincts, footwork, and agility to shake tacklers but the frame and pad level to finish with some authority. He can clearly create yardage for himself, but he has average acceleration and might need to expedite his downhill process as a pro. Sanders is more skilled than explosive, but he has the size and talent to develop into a future starter with every-down potential.”

As Zierlein pointed out, Sanders could become a future every-down running back in the NFL. But it is not farfetched to think that he could become the Eagles’ lead running back sometime this upcoming season, especially if Howard fails to perform at a high-level.

When it comes to Arcega-Whiteside, the Eagles are getting a wide receiver, who can not only stretch the field but also be a factor in the red zone.

The 6-foot-2 wideout spent all four years at Stanford but burst onto the scene in his last two seasons. As a redshirt sophomore in 2017, Arcega-Whiteside had 48 receptions for 781 yards and six touchdowns with a YPC average (yards per catch) of 16.3.

While those numbers were impressive, the former high school basketball player had a fantastic redshirt junior campaign. This past season, Arcega-Whiteside was named second-team All-Pac 12 as he racked up 1,059 yards (63 receptions) and 14 touchdowns.

Here’s what Zierlein had to say about Arcega-Whiteside, who he compared to Eric Decker.

“Big, strong target who plays like he’s big and strong and gets more and more dangerous the closer he gets to the red zone. Arcega-Whiteside plays with functional quickness in spurts, but not enough to get away from tight coverage and he won’t run by many NFL cornerbacks on go routes. However, his basketball bloodlines are on full display every time the ball is in the air, using his body control and ball skills to excel at combat catches and back-shoulder throws. Arcega-Whiteside may not be explosive, but his competitive nature should help make him a future NFL starter.”

With all that being said, the Eagles will not be looking for Arcega-Whiteside to make an immediate impact this season.

However, with Nelson Agholor set to be a free agent in 2020, the former Stanford standout could easily himself starting in the future.