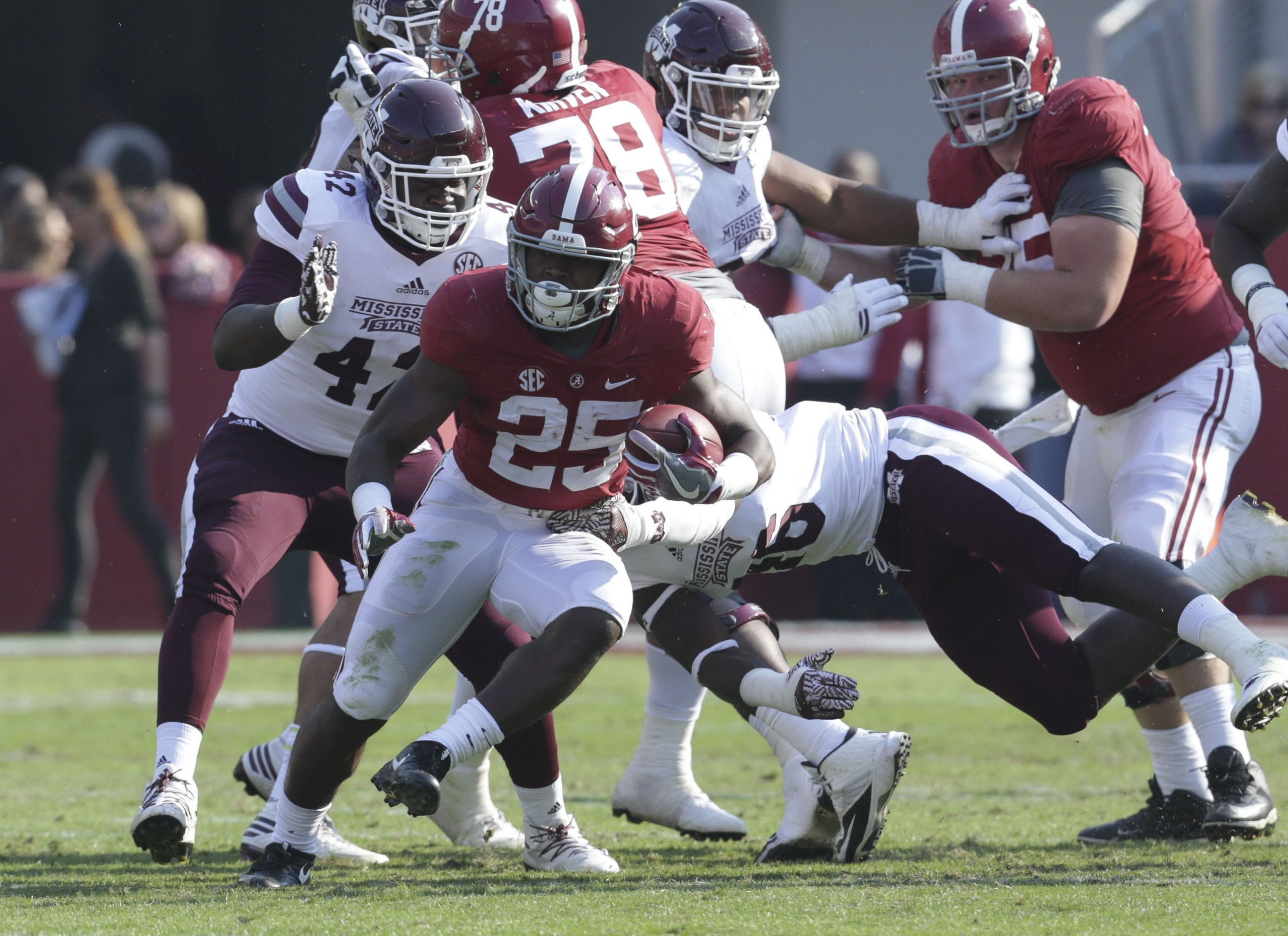 Over the last couple of seasons, the Philadelphia Eagles have not had a lead running back.

While Smallwood, Clement, and Adams had their moments of greatness, it was apparent last season that the Eagles need to select a running back high in this year’s NFL draft.

However, the last time, Philadelphia used a top-100 selection on a running back was LeSean McCoy in the 2009 NFL Draft.

With all that being said, appears that the Eagles may be changing their approach and drafting a running back within the first two rounds of the draft.

According to Jason La Canfora of CBS Sports, the Eagles are among the many teams, who are very intrigued by Alabama running back Josh Jacobs.

Since draft season officially kicked off back in mid-January, Jacobs has been considered RB1. La Canfora adds that the 21-year-old is expected to visit with the Baltimore Ravens next week.

Nevertheless, this is not the first time that we have heard Jacobs being linked to the Eagles or the team looking at running back prospects.

The Eagles reportedly use of their 60 official meetings on him last month at the NFL scouting combine (h/t Bleeding Green Nation).

The 5-foot-10, 220-pound running back had an impressive junior season in 2018, after having a quiet first two seasons in Tuscaloosa, Alabama.

This past season, Jacobs posted career-highs across the board with 640 yards on 120 carries and 11 touchdowns. He also produced in the receiving game with 20 receptions for 247 yards and three touchdowns.

If you just take a look at those stats alone, you can make the case that Jacobs is the perfect fit for the Eagles at running back.

Here’s what Lance Zierlein of NFL.com had to say about him:

“Prototypical combination of size and skill-set as an every-down runner with the ability to slash or impose his will on any given snap. Jacobs runs with good bend, vision and burst, and he proved to be an effective pass-catcher out of the backfield or from the slot. He will probe and burst, but he could become more elusive with better tempo as a runner. Jacobs is a decisive runner with outstanding one-cut talent to become a bellcow lead back.”

Zierlein went on to compare Jacobs to current New England Patriots running back Sony Michel, who was selected in the first round of last year’s draft.

If Jacobs has the ability to become Michel, then the Eagles may have to think hard about using the No. 25 overall pick on him.