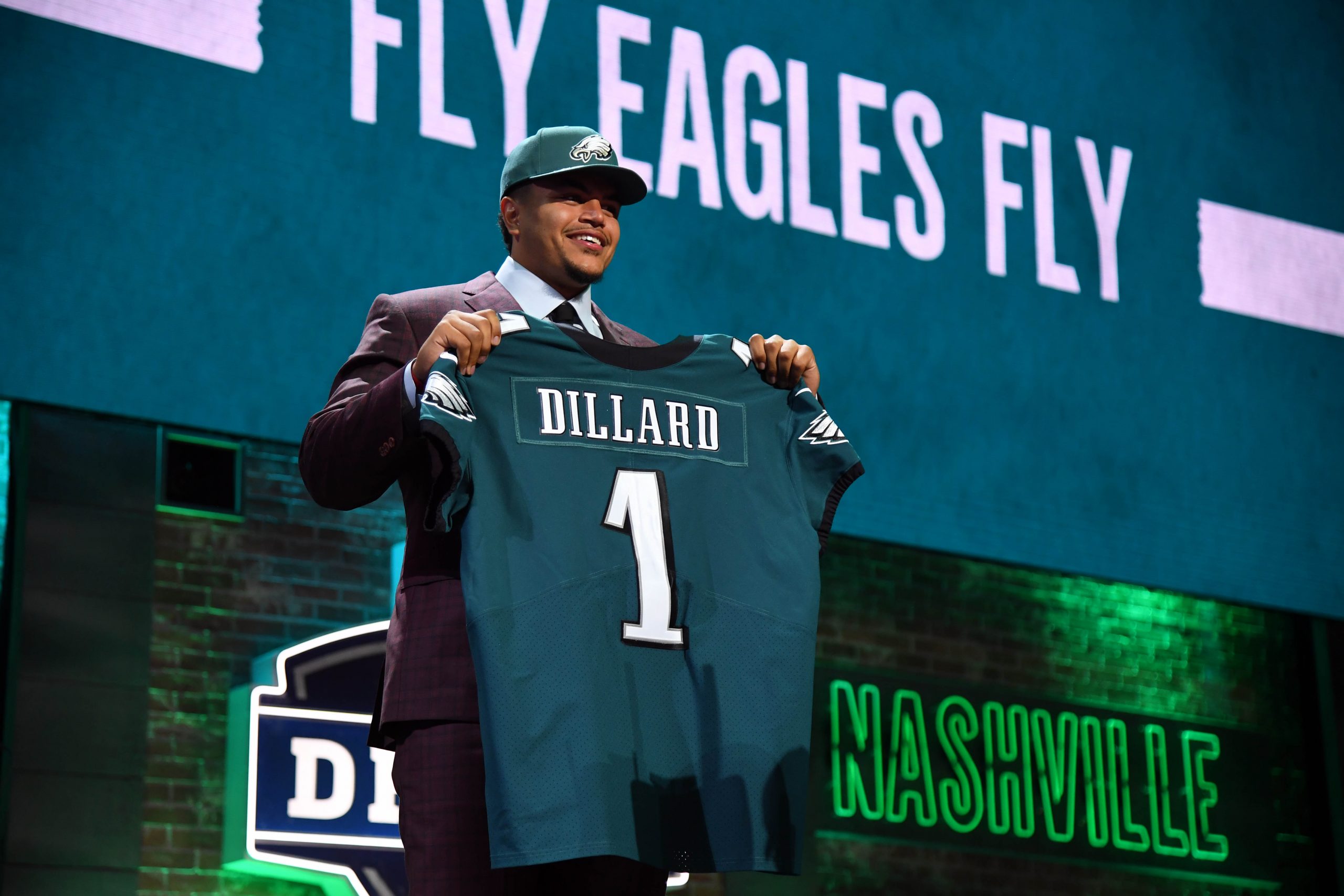 It appears as if the Philadelphia Eagles found their future left tackle on Thursday night in the first round of the 2019 NFL Draft.

The 6-foot-5, 315-pound offensive tackle had an impressive four-year career at Washington State that saw him start in 41 games. Furthermore, he was named honorable mention all Pac-12 as a junior, along with first-team All-Pac-12 and third-team All-American this past season as a senior.

For more information on what Dillard brings to the table, here’s his scouting report from Lance Zierlein of NFL.com:

“Talented four-year starter at left tackle with outstanding feet who offers an instant athletic upgrade for teams getting battered from the blind-side. Because of his scheme, Dillard will be a little behind in terms of his feel for set points and firing off the ball in the run game. While he could play with a little more ferocity as a finisher, he has the athletic ability to make all the blocks and the protection talent to become a good, early starter on the left side.”

Zierlein went on to compare Dillard to Eugene Monroe, who was drafted with the eighth overall pick in the 2009 NFL Draft by the Jacksonville Jaguars and started in 90 games over seven seasons.

Earlier this week, NFL Media analyst Daniel Jeremiah listed the redshirt senior as his No. 13 overall prospect in the draft.

“Dillard has an athletic frame for the position, and he’s a very easy mover. In pass protection, he explodes out of his stance and plays with tremendous knee bend, patience and balance. In the run game, he is more of a finesse, wall-off player than a people-mover. He has the athleticism to work up to the second level, and I believe he’ll be effective on outside pulls.”

“Overall, Dillard is a pure, pass-protecting left tackle. Yes, he needs to get stronger and more physical, but in a passing league, what he does best is highly coveted.”

If the former Washington State offensive lineman can improve on his run-blocking skills during his rookie season while continuing to be stout in pass protection. Then he should be a force to be reckoned with for many years to come and the perfect replacement for future Hall of Famer Jason Peters.