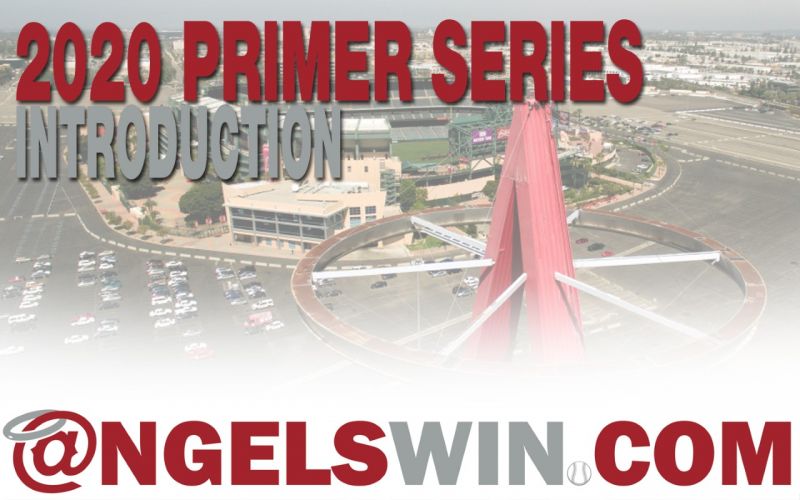 So I almost didn’t write the series this year.

A lot of things happened, one of which the company I worked for, Vector-Launch, unfortunately shut down in mid-August due to the loss of our primary financial backer, Sequoia. This was a real loss to me because that was the best damn job I ever had and likely will ever have the remainder of my career.

It is rare that you find a position where you enjoy the work so much that you don’t even feel like it is work, you have a supervisor that respects and mentors you, and you have fantastic relationships with virtually all of your coworkers to the point that they become family and you even hang out with them outside of work. Vector was all of that and it is a damn shame that it had to go.

There are parallels to that situation with the 2019 Angels. The Halos, at the start of the season seemed locked in. Our new manager, Brad Ausmus, was at the helm and seemed to have a good grasp of how to manage the team and appeared to have the respect of the players. Most importantly the team seemed to gel well and the clubhouse atmosphere seemed loose and fun. However, as we are all aware, injuries, ineffectiveness, and a lack of leadership at the top ravaged the 2019 Angels team.

Players like Matt Harvey and Cody Allen, larger ticket players Eppler signed on one-year deals in the off-season, failed to produce and were eventually cut. The Angels tragically lost Tyler Skaggs mid-season to a deadly concoction of opioids and alcohol. Justin Upton, Mike Trout, Shohei Ohtani, Luis Rengifo, and Tommy La Stella all hit the Injury List (IL) at various points in the season creating a discontinuity in the field and lineup that was reflected in the Angels very poor win-loss record at the end of the year. These losses certainly added up to a recipe for disaster in Anaheim that seems, on the surface, difficult to overcome in 2020 and proved fatal to Brad Ausmus’ tenure. Like Vector-Launch, they had to close it down.

So, once again, it will be up to Billy Eppler in what could be his last year as General Manager, and the front office staff to set a path for success this off-season if the Angels will have a real chance at post-season play.

One very bright point is the signing of future Hall of Fame candidate Mike Trout to a career-long extension at the beginning of the 2019 season. The Angels now have the premier player in baseball locked up and can rest easy knowing that he is the centerpiece to build the remainder of the team around as they look to contend in 2020 and beyond.

Some of these pieces are already here. Despite Justin Upton’s poor offensive performance in 2019, he is still signed for three more seasons making him a likely complimentary piece in left field for next year. Andrelton Simmons will be entering his final year of control and, barring a trade, will man shortstop again in 2020 with the possibility of an extension contract in his future. Kole Calhoun turned out to be a luxury the Angels couldn’t afford in an off-season where they need a lot of starting pitching but fortunately, the Angels have Brian Goodwin to fill their right field need to start the season.

Other complimentary players like Zack Cozart (if healthy), David Fletcher, Luis Rengifo, Matt Thaiss, Taylor Ward, Jared Walsh, and Tommy La Stella should help fill one or more holes in the infield not called shortstop. Catcher may turn out to be a patchwork again manned by some combination of Max Stassi (who probably won’t be ready to start the season), Anthony Bemboom, Kevan Smith, and perhaps one or more other, yet-to-be-acquired, backstops.

Shohei Ohtani should be ready to pitch again, along with Andrew Heaney, giving the Angels a decent base to create a rotation with the likes of Griffin Canning, Jaime Barria, Patrick Sandoval, Jose Suarez, Dillon Peters, and possibly others like Felix Pena filling up the back-end of the starting five. However, it should be clearly noted that the free agent starting pitching market has some very attractive players that the Angels will almost certainly target to create a strong rotation for 2020.

Our relief corps will probably contain names like Ty Buttrey, Hansel Robles, Noe Ramirez, Cam Bedrosian, Luke Bard, Justin Anderson, Keynan Middleton, Jake Jewell, and Taylor Cole among potential others. In fact this group may be enough to rely upon for the 2020 season, making it one potential area that the Angels need not worry about this off-season in terms of expending resources.

The rebuilding process in the Angels Minor League system has actually been underway for some time now. Eppler has been steadily building it up and there are some notable names that have joined or are on the verge of joining Trout in Anaheim.

Potential stars like Jo Adell and Brandon Marsh, along with contributing pieces like Luis Madero are making strides to join the big league club in 2020 or after. Adell in particular appears to be the closest to the Majors and is likely, based on Calhoun’s option being declined, a call-up in the May/June time frame. Other potential contributors like Luis Pena (bullpen), Jahmai Jones (2B/OF), and Chris Rodriguez could accelerate fast if they have a productive start in 2020.

The unexpected replacement of Ausmus with Joe Maddon and Moreno’s recent comments that there will be an increase in payroll this off-season clearly points to a sea change and acceleration to push the Angels into a window of contention that many fans have been awaiting for a long time.

Based on the groundwork laid to date, owner comments, and a largely new, but experienced, coaching staff, it seems highly probable that there will be at least one or more significant free agent signings and/or complimentary trades to help position the Angels to fight for a playoff spot in 2020. The Astros and A’s still pose a significant threat in the Division but an improved Angels squad will make for a much more interesting race in the A.L. West.

In terms of team needs, clearly the Angels need to add at least one top-of-the-rotation starter and likely an additional mid-tier type to create solid depth. Adding a high-quality defensive catcher, to compliment one of Stassi (likely), Smith (maybe), or Bemboom (unlikely), would be a nice add to receive all of those pitches from the revamped rotation. The infield will need to be reinforced, likely at the corners with third base a long-term strategic concern for Eppler. Right field will be open to competition with Jo Adell in the mix (and the future of the position) but likely only after the Angels retain the extra year of team control on him (thus the projected May/June call-up). Adding another reliever or two to the mix, even if they are waiver claims or Rule 5 picks, will add depth.

The question will ultimately be how high will Moreno let Eppler spend? Is it a modest increase or something much more significant that would take us into Luxury Tax territory for the next two years? Will a poor free agent market in the 2020-2021 off-season drive spending now? What moves can be made in free agency and trade to strengthen the team? Can the team supplement from the Minors in key areas throughout the season to create the missing depth that recent Angels squads have lacked?

All that and more in what is sure to be an active Angels off-season in the subsequent installments of the 2020 AngelsWin.com Primer Series!