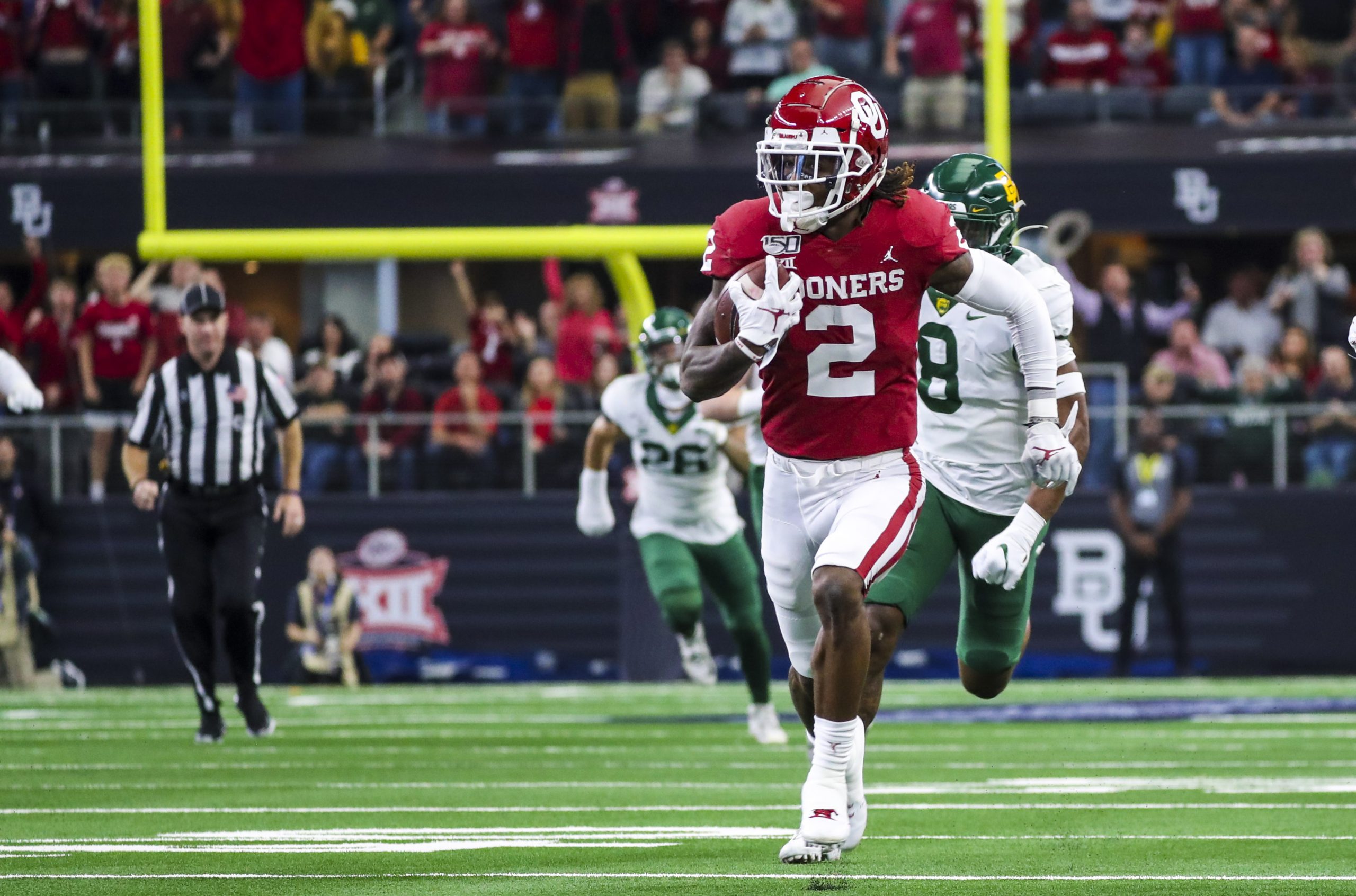 CeeDee Lamb was an extraordinary and talented receiver during his three seasons at the University of Oklahoma.

The Sooners’ quarterback trifecta of Heisman candidates starting with Baker Mayfield, Kyler Murray, and Jalen Hurts all made sure to find Lamb often, leading to him being the team’s number one receiving option.

The 6-foot-2 wideout is a very fluid route runner who breaks in and out of cuts with ease. He creates space for himself and does a great job with the pacing of his routes by accelerating and decelerating at appropriate times.

He takes his eyes off the ball to press his man inside to create space, then reconnects with the ball 👀👀

Lamb was productive with each Oklahoma quarterback because of his strong hands and reliability in contested situations. Furthermore, he is a physical player who will get his at the next level, despite the improving competition at cornerback.

With his break tackle ability and speed, Lamb was frequently used on screen passes and other short routes to try to get him the ball in space. In the video clip below, Lamb took a quick out route for a huge gain against Baylor in the BIG12 championship.

He finished with 8 catches for 173 yards. pic.twitter.com/LiCQZdoZEP

Additionally, Lamb’s ability to make contested catches and also make people miss was on display in the game. He ultimately produced eight receptions for 173 yards against Baylor.

However, an underrated, but important part of Lamb’s game is his fantastic blocking ability. Lamb displayed a good knowledge of angling, which helped create more openings at the second level for Oklahoma’s running backs.

That being said, Lamb will be a highly sought after prospect in a loaded wide receiver draft class. ESPN’s Mel Kiper currently has Lamb being the first receiver off the board to the Oakland Raiders with the No. 12 overall pick.

Lamb’s fluid routes and strong hands make him a valuable target for whichever team selects him in the 2020 NFL Draft. His routes are already up to par with a majority of NFL receivers and his sure hands make him a potential impact player early in his career.