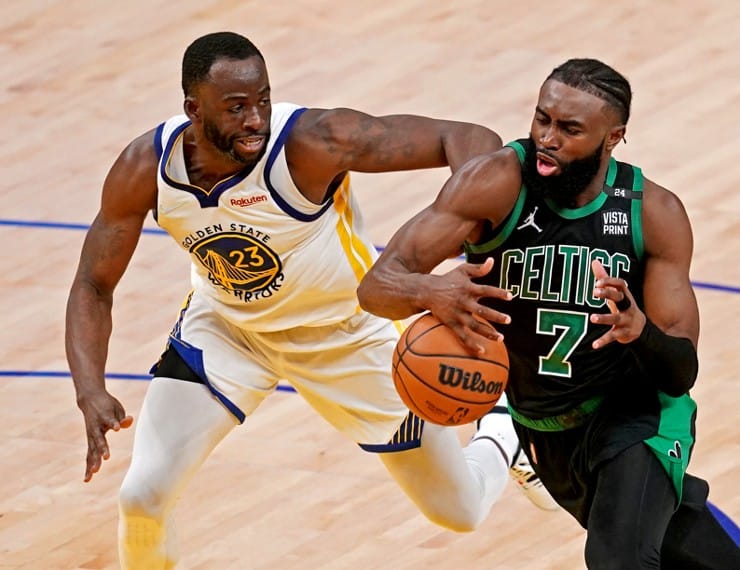 On Thursday, the 2022 NBA Finals continues; free NBA Finals Game 6 picks, predictions, best bets and odds are here for June 16. Our betting analysts at The Sports Daily have picked the winner of the Warriors vs Celtics Game 6 rematch.

Heading into Game 6, quite a few gamblers believe the Celtics blew their opportunity to take control of this series. For the first time in this NBA Finals matchup, Boston is now facing a one-game series deficit against Golden State. In the Warriors’ 104-94 win over the Celtics in Game 5, Andrew Wiggins ended his outing with a double-double. He accumulated 26 points and 13 rebounds in 43 minutes played.

Monday night’s game was the one contest the C’s had to win. Now, they have to win back-to-back games in order to win this series. In other words, it’s highly doubtful. Even if the Celtics push the Warriors to a Game 7, the final contest is taking place at Chase Center. Plus, the Dubs have not lost two straight playoffs games since the 2019 NBA Finals. At this point, Golden State is playing better basketball.

Moreover, for 2022 NBA Finals betting trends, the Warriors are 8-3 ATS in their previous 11 games played. Not to mention, the Celtics are 13-7 SU in their last 20 contests played at TD Garden. More Warriors vs Celtics betting trends for Game 6 are featured below.

Furthermore, since the Celtics lost Game 5, they are now officially 7-1 following a loss in the 2022 NBA Playoffs. After watching Boston’s pitiful effort on Monday, this record has lost its luster. The C’s are still a great team, but the Dubs are now in the driver seat of this series. Despite Stephen Curry putting up only 16 points in Game 5, the Celtics’ 18 turnovers did more than enough damage to cost them the game. The Warriors are one win away from hoisting their seventh NBA Finals trophy.

However, will Boston lose a third consecutive game to Golden State? This outcome seems unlikely, especially considering Game 6 is at TD Garden. But there’s no doubt that the Celtics’ odds of winning this series took a massive hit after dropping two straight. Taking everything into account, pick the Celtics to win Game 6, they will cover the spread and the total will go over 210. More 2022 NBA Finals Game 6 picks, predictions, best bets and odds are on the main page.

BetOnline is one of the best sportsbooks in California and Massachusetts.