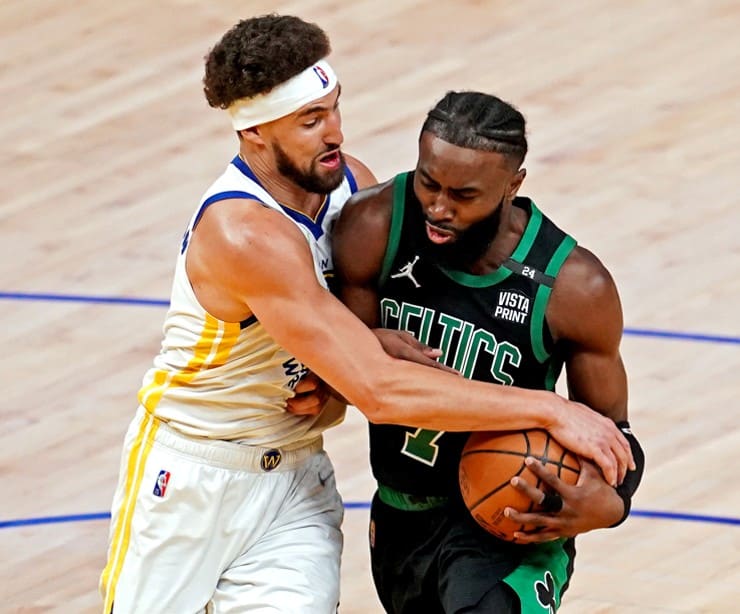 These three streaming services include ABC in their channel guides. BetOnline odds, NBA Finals Game 6 props, best NBA bets and NBA player props for the Warriors vs Celtics rematch are posted below. Other NBA betting picks and sports betting content is on the main page.

BetOnline and MyBookie are offering $1,000 bonuses today. Along with Bovada, these sportsbooks listed below are the best for NBA betting during the 2022 NBA Finals. Click below to register.

Leading into Game 6 of the 2022 NBA Finals, our betting experts at The Sports Daily have picked the best prop bets for the Warriors vs Celtics matchup. Will both teams score at least 110 points in Game 6 on Thursday night? In addition to the Celtics winning, can Jaylen Brown put up a minimum of 20 points?

Furthermore, will Andrew Wiggins finish his performance with at least one steal in Game 6? Read the predictions below. More NBA player props, Game 6 props, predictions, odds and betting picks for the 2022 NBA Finals are on the main page.

For Game 6 of the 2022 NBA Finals, the Celtics are 3.5-point favorites over the Warriors at TD Garden. Both teams have not scored at least 110 points together in a single game this series. However, the score came close in Game 1. The Celtics defeated the Warriors 120-108 at Chase Center in Game 1. Not to mention, the C’s beat the Dubs 116-100 in Game 3. In the past two games, Golden State has held Boston to under 100 points.

The last time the Celtics and their opponent scored at least 110 points was back in Game 4 of their first-round playoff series against the Nets. Likewise, the Warriors and their opponent haven’t put up a minimum of 110 points since Game 5 of the Western Conference Finals. If you’re wanting to play it safe, this is one of the best bets for Thursday’s game. Therefore, both teams will not score at least 110 points in Game 6.

Next, Celtics guard Jaylen Brown is averaging 22.6 points per game this postseason. In Game 1 of the 2022 NBA Finals, Brown finished with 24 points at Chase Center. Then, the sixth-year player put up 17 points in the Celtics’ 107-88 loss in Game 2. Of course, he then scored 27 points in Game 3 at TD Garden. In the Celtics’ wins this series, Brown has scored at least 20 points.

Additionally, the guard generated 21 points at TD Garden in Game 4. On Monday, Brown closed out his outing with only 18 points. He failed to earn a minimum of 20 points in the second and fifth games of this series. Plus, while Boston dropped to 7-1 following a loss in the 2022 NBA Playoffs, bettors are not expecting the team to lose a third straight game to Golden State. Yes, Brown will earn at least 20 points and the C’s will win Game 6.

Lastly, Warriors forward Andrew Wiggins is averaging 0.9 steals per game during the 2022 NBA Playoffs. In Game 1 of this series against the Celtics, Wiggins accumulated just one steal. Though, in the following contest, he failed to earn at least one steal. Then, in Game 3, the forward finished his performance with two steals. Next, the eighth-year player ended his outing with one steal in Game 4.

As for Game 5, Wiggins amassed two steals at Chase Center. Even if Golden State loses on Thursday night, the forward needs only one steal for this bet to work. In both games played at TD Garden this series, Wiggins earned at least one steal. So, take this bet. Other 2022 NBA Finals Game 6 props and NBA player props for the Warriors vs Celtics are on the main page.

BetOnline is one of the best sportsbooks in California and Massachusetts.