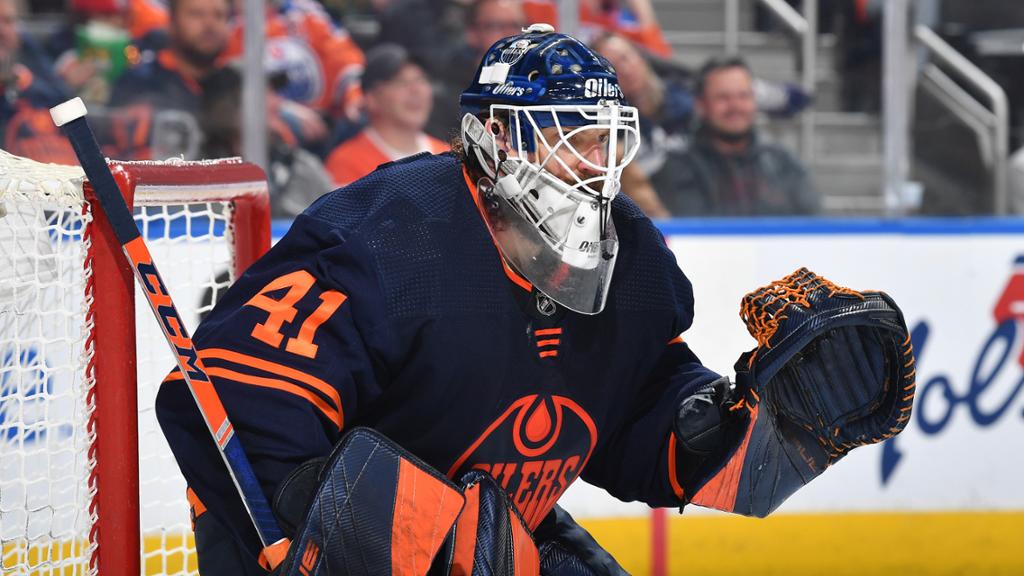 To preface the aims of this piece; I’ll be going through several players, coaches, managers, systems, and more one by one, or at least in groups where applicable. The unsaid, vaguely distant backdrop for much of these evaluations is the scene that was set this past offseason. In some ways even the shutdowns in December feel so long ago, let alone the untouched snow, the blank slate that the team entered the offseason with.

With more than 20 million in cap space and the past 2 Hart winners GM Holland had a lot to work with, despite the Oilers less than ideal playoff exit at the hands of the Jets. With so many possibilities, at least on a theoretical level, it was only natural that fans of the team might feel dissatisfied with anything short of their wildest dreams. No doubt Holland called his shot, tying up big money into additions from other teams, Hyman, Keith, Ceci, Foegele.

Tight to the cap with a veteran laden group, there is little doubt that Holland was doing his best to win now. Sure, not every move was seen as equally positive, in particular the value of the Keith or Foegele trades, but there was a positive feeling the Oilers were headed in the right direction.

In general the expectation would have been for the Oilers to continue, build off of, or prove that their strong regular season performance in the North division was no fluke. Although there was the 2017 run to the 2nd round the Oilers were scarcely, if not rarely, qualifying for the playoffs at all, let alone clinching home ice. After a hot start to the year it seemed the Oilers were well on their way, despite a growing number of critics to Tippett’s regime in general.

That being said, several things were clearly not working as the season moved into December. With key players in and out of the lineup the Oilers depth up front was clearly lacking. Despite the emergence of Bouchard the blueline was not holding up. Negativity spiralled into a growing storm of uncertainty, everything down to McDavid’s future with the team being discussed on national broadcasts.

Somehow the Oilers persevered through the darkness. The coaching change had a noticeable effect on the Oilers flow of play metrics, largely thanks to some creative reimagining of the blueline. Additions such as Kane and Kulak which greatly improved the roster certainly helped as well, Kane in particular helped solidify the top of the lineup while Kulak gave the 3rd pair enough talent to push Keith-Bouchard for minutes.

After a long playoff run, losing in the Western Conference Final after emerging victorious from the Pacific Division, it’s fair to say that the mood among fans is and should be as content as it’s been since 2017. Sure, it’s fair to be disappointed to lose at all, and the Avalanche were demonstrably better, but to see some progress is encouraging, certainly more so than the dreary, pissy days of January 2022.

As we learned in 2018, a return to this stage is far from guaranteed, and in some ways the focus should be on maintaining this standard more than anything. With the talents of McDavid and Draisaitl in their primes, a playoff berth should be a foregone conclusion, and with that Championship window now fully open the onus will stay on Holland to build out the rest of the roster further.

Needless to say it’s been a long journey, and along the way we’ve learned quite a bit on our path here. Without further ado let’s get to evaluating things from the net out. I’ll attach a grade to each of them, a loose guideline evaluation with a small blurb to sum up their role on the team.

This is the third season where the Oilers, namely GM Holland, have gone into the season with the Smith-Koskinen tandem. For each of these 3 seasons the analysis has been the same, that the Oilers have a suboptimal season in net.

At certain points throughout, especially early on I was firmly in the camp of not believing that the tandem could take the Oilers where they wanted to go. Yet each season the duo has managed to prove the naysayers wrong, or at least they have not been the reason the Oilers fell short of their goals. In each of the past 2 seasons Smith has carried the bulk of the load, putting together a strong chapter with a new team in the twilight of his career.

Yet the issue with Mike Smith, at least from the outside, was as he moved out beyond his 30s that he would not be able to maintain his late career results. In some ways we did get to see our greatest fears realized when Smith missed most of the first 4 months of the season with injuries and setbacks. From that standpoint it has been a less than ideal season as a whole for Smith, some would go as far as to argue a failure by design. Regardless, as the season drew to a close Smith started to play his best. It did take him a while to get back up to speed, but in all, from a personal standpoint, Smith has delivered some value to the crease at a very reasonable cap hit.

As the goalie of here and now there is no better time than here and now for him to be at his best. A fringe starter, when healthy.

While Smith was out a large percentage of the work went to the much maligned Koskinen. In what will most likely be remembered as his career season Koskinen started most of the games in the first half of the season. He’s drawn criticism for his unorthodox style and his glove hand, and of course there’s been some ups and downs during his time in Edmonton, but it’s fair to say much of the worrying was about his cap hit more than his overall play.

Those frustrations are likely what painted the background when former coach Tippett offered a pretty harsh critique of Koskinen amidst the January side of the December losing streak. To that point Koskinen had played at a pace beyond that of Vezina candidate Igor Shesterkin, which is a bit overzealous. Sure the team was struggling but there was plenty of blame to go around beyond Koskinen’s play at that point.

Since Smith has gotten up to speed it’s clear the organization still sees Koskinen as the number 2 behind Smith. It’s hardly a guarantee that he ends up in Edmonton for his next contract, but it is likely that Koskinen’s performance this season earned himself another NHL contract, perhaps even as rich as 2-3 years at $2-3 million, fair enough for a veteran backup who can be relied upon for 35 starts or so.

Koskinen is the team’s backup and got them through some of the toughest stretches in the season, perhaps the best of his career. Above and beyond what he was expected to contribute, but in perhaps less of a value against his cap hit. A deluxe backup who can handle short stretches as the starter.

Not to harp on the past too much, but equally confounding in Tippett’s Koskinen related outburst was his reluctance to use Stuart Skinner more often. Regardless it was a great season for the young netminder, who proved he could handle himself in the NHL once again, building off his limited time the season prior. Personally I think that goalies can continue to develop into their late 20s, famously as former Oilers Dubnyk and Talbot did in their careers, or perhaps the emergence of Anton Forsberg in the year and a half since being claimed by the Senators off of waivers. As Skinner is still just 23, there is likely a lot of runaway before judgement can be passed.

That being said Skinner is ahead of the curve, continuing to build an impressive resume with each passing season. Given he’s had some NHL experience, as well as several seasons of pro experience with Woodcroft in the AHL, an optimistic projection of him serving as a full time NHL backup next season seems plausible. Ultimately, for his development, it’s good that he was able to see a lot of action this past season, and a slower, more cautious approach is reasonable given the circumstances. At the very least he will be an elite, low cost, third stringer next season as he was this season.

Especially given how the season is ending on a relatively high note, it’s reasonable to call all 3 Oilers goalies, or the situation as a whole, a success. With a cap hit of under $8 million, it’s a group that is efficient despite their precarious reputation. Could it be better? Most certainly. It’s not exactly fair to describe the situation in net as elite across the league, but given how volatile the position can be it is noteworthy that the Smith/Koskinen duo has delivered a chance to win so often over their time together.

The young prospect continues to ace every test. He’s built a resume with a lot of success in the AHL as a starter and continued to expand his experience in the NHL. Perhaps trusting him as the primary starter should still be a few years away, but the time to trust him in a 2nd string role is upon us. A backup with starters potential, the goal should be to stretch out with a growing workload in the future.