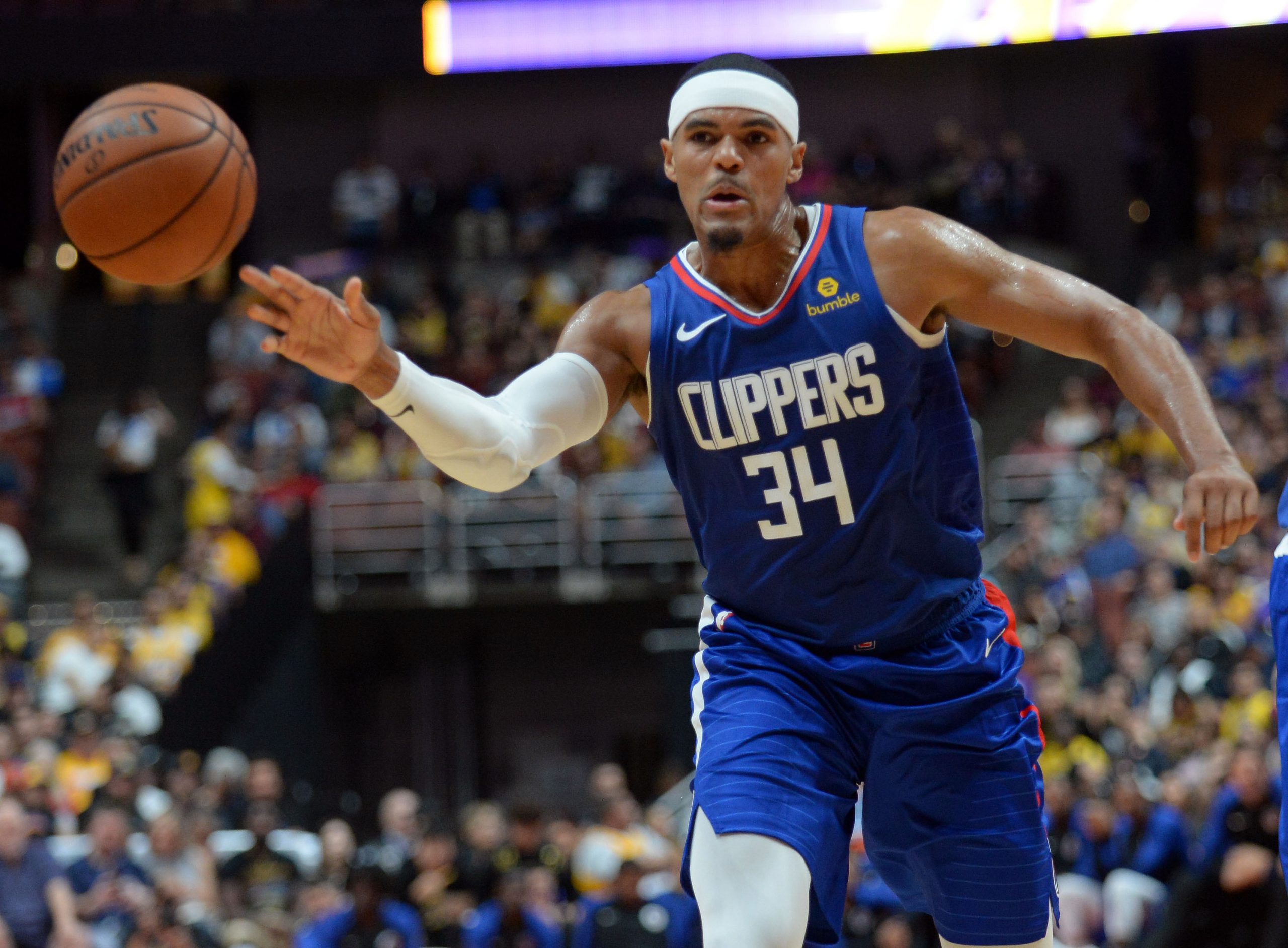 Despite it being the preseason, this young LA Clippers team has something worth fighting for. It would be easy to write off this team, but there are so many story lines worth watching.

There are still 2 roster spots left to cut, with no vision on who will remain; the final four fighting for a spot are: Wesley Johnson, Jawun Evans, Sindarius Thornwell, and Tyrone Wallace. Evans seems all but gone, as Wallace has been playing point guard over him during games. However, it’s going to be a very hard task deciding between Johnson, Thornwell, and Wallace. One thing is for sure though, Tyrone Wallace is a fantastic NBA player that deserves to be in a rotation.

Doc Rivers stated during Media Day that it’s going to be a toss-up who starts at the center position between Marcin Gortat and Montrezl Harrell. Gortat is one of the league’s premiere screeners, and having Harrell start at center makes the Clippers obviously lose size.

However, Harrell has a motor that very few NBA players contain. Like many players on the Clippers roster, Harrell is due for a big year. Last season, Harrell had the 3rd highest field goal percentage in the league (63%). What’s more telling are his per 36 minute averages: 23 points, 8.5 rebounds, and 2.1 assists. If given the opportunity to start at a consistent level, there’s a high chance that Montrezl will produce some vastly improved season averages. These preseason games can still determine who has a better fit with the starting lineup

One of the biggest story lines to watch this Clippers’ season is the ascension of Tobias Harris. Harris turned down an $80 million extension offer from the LA Clippers during the off-season, and plans on playing out the final season of his contract. This means he’ll have to produce big numbers during the 2018-2019 season to realize his hopes of earning an even bigger payday.

Those hopes aren’t out of this world either, as Harris has been on the verge of breaking into All-Star status the last 2 seasons. He knows he can be the Clippers’ go-to guy, and is going to use this season to prove it. Jovan Buha reported that Tobias has been getting mentored by the legendary Iceman, George Gervin, to help Tobias become that All-Star caliber player. Last season Harris increased his three point percentage from 34% to 41%, and each year he works diligently on his weaknesses. He’s one of the smartest players in the Clippers’ locker room, and this is the perfect year for him to become “the man.”