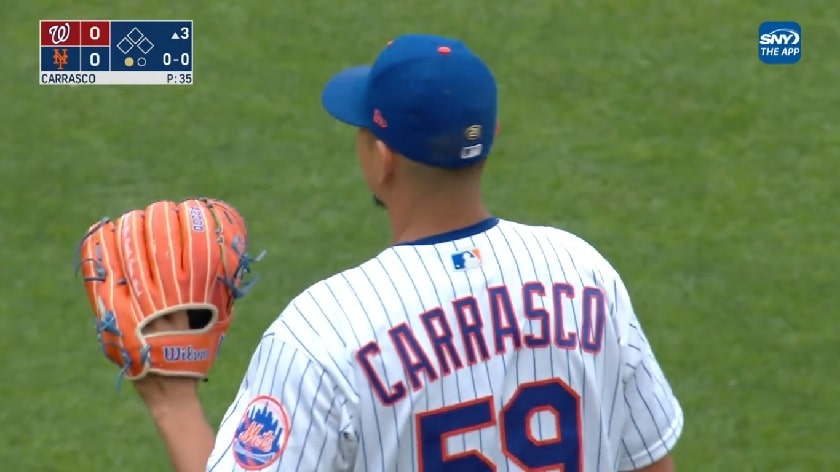 The New York Mets (47-27) are back home after their first losing road trip of the season. A walk-off loss against the Miami Marlins on Sunday ensured a 2-3 trip for the Mets, who got a day off yesterday to travel back to New York. The Mets will now kick off a five-game home stand tonight as they welcome the AL West-leading Houston Astros (45-27) to town to kick off a two-game series. First pitch for the opener is scheduled for 7:10 p.m. at Citi Field.

Right-hander Carlos Carrasco (8-3, 4.42 ERA) is set to take the mound for the Mets tonight. Carrasco struggled against the Astros in his last start, allowing five runs in 2.1 innings to suffer his third loss of the season while also leaving the game with lower back stiffness. The Astros will counter with lefty Framber Valdez (7-3, 2.90 ERA). Valdez delivered a quality start against the New York Yankees last Thursday, allowing three runs in six innings of work, but was stuck with a no-decision when Houston’s bullpen blew a late lead in a 7-6 loss.

Back home to face Houston. #LGM

The Astros swept a two-game series against the Mets in Houston last week.

This is Houston’s first trip to Citi Field since 2014 when the Mets won two out of three against the Astros on the final weekend of September.

Valdez has never faced the Mets before.

Jeff McNeil (hamstring) is back in the Mets’ starting lineup after missing the last five games. He will start at second base and bat eighth.