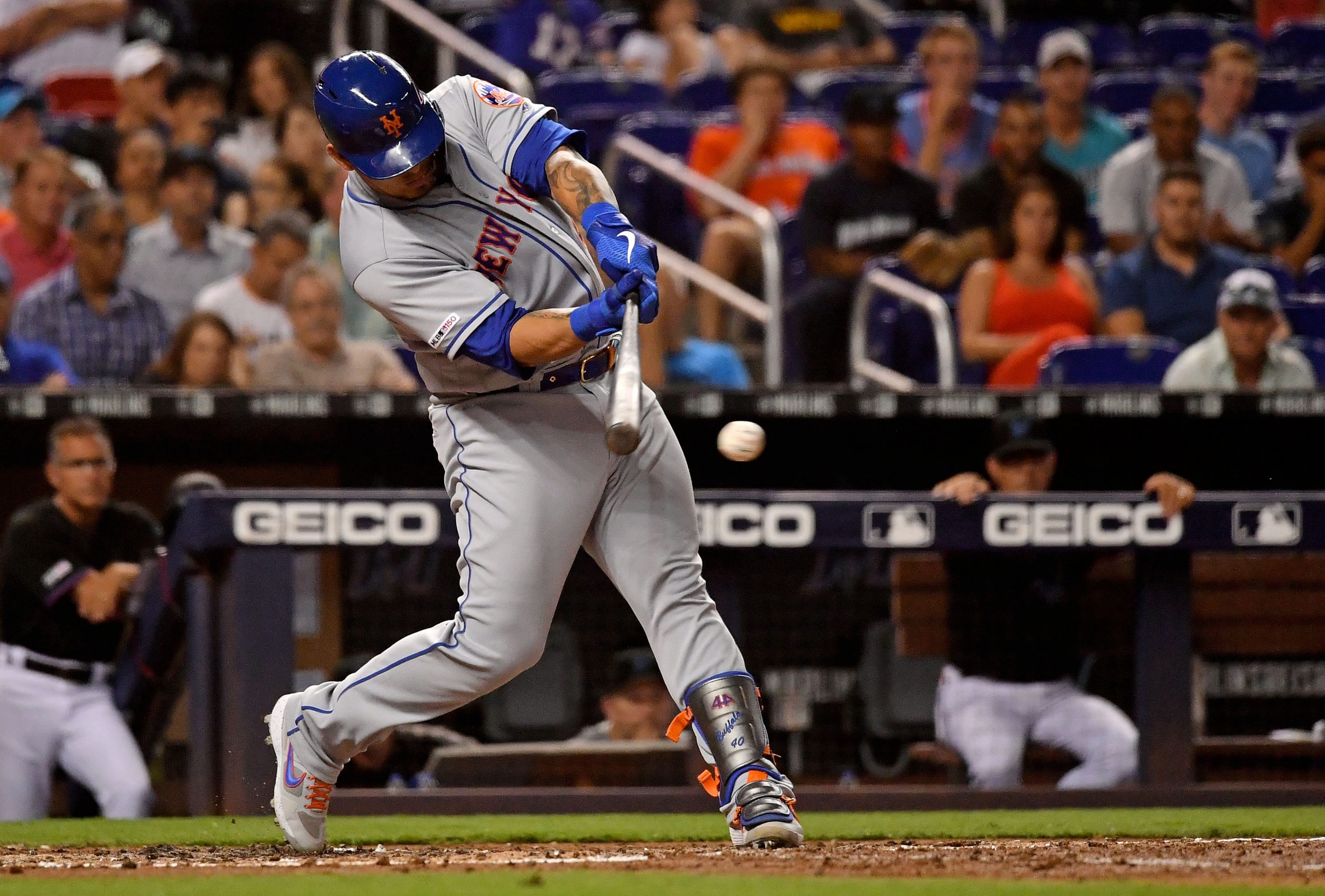 The second half didn’t get off to a good start for the New York Mets (40-51), who did little right last night. Jason Vargas struggled at times, giving up six earned runs as the Mets lost to the Miami Marlins (34-55) 8-4. The Mets will look to pick up their first win of the second half as they continue their series with the Marlins tonight. First pitch for today’s game is scheduled for 6:10 p.m. at Marlins Park.

The Mets will send right hander Noah Syndergaard (6-4, 4.68 ERA) to the mound today. Syndergaard struggled in his final start of the first half, giving up four runs in five innings against the Philadelphia Phillies last Saturday, but the Mets were able to pick him up and outslug the Phillies to earn Syndergaard his sixth win of the year. The Marlins will counter with rookie righty Zac Gallen (0-1, 4.50 ERA). Gallen only lasted two innings in his last start, allowing two runs against the Washington Nationals on July 2, and wasn’t a factor in the decision. The Marlins went on to lose that game 3-2.

Noah gets the ball as we continue our series in Miami. #LGM