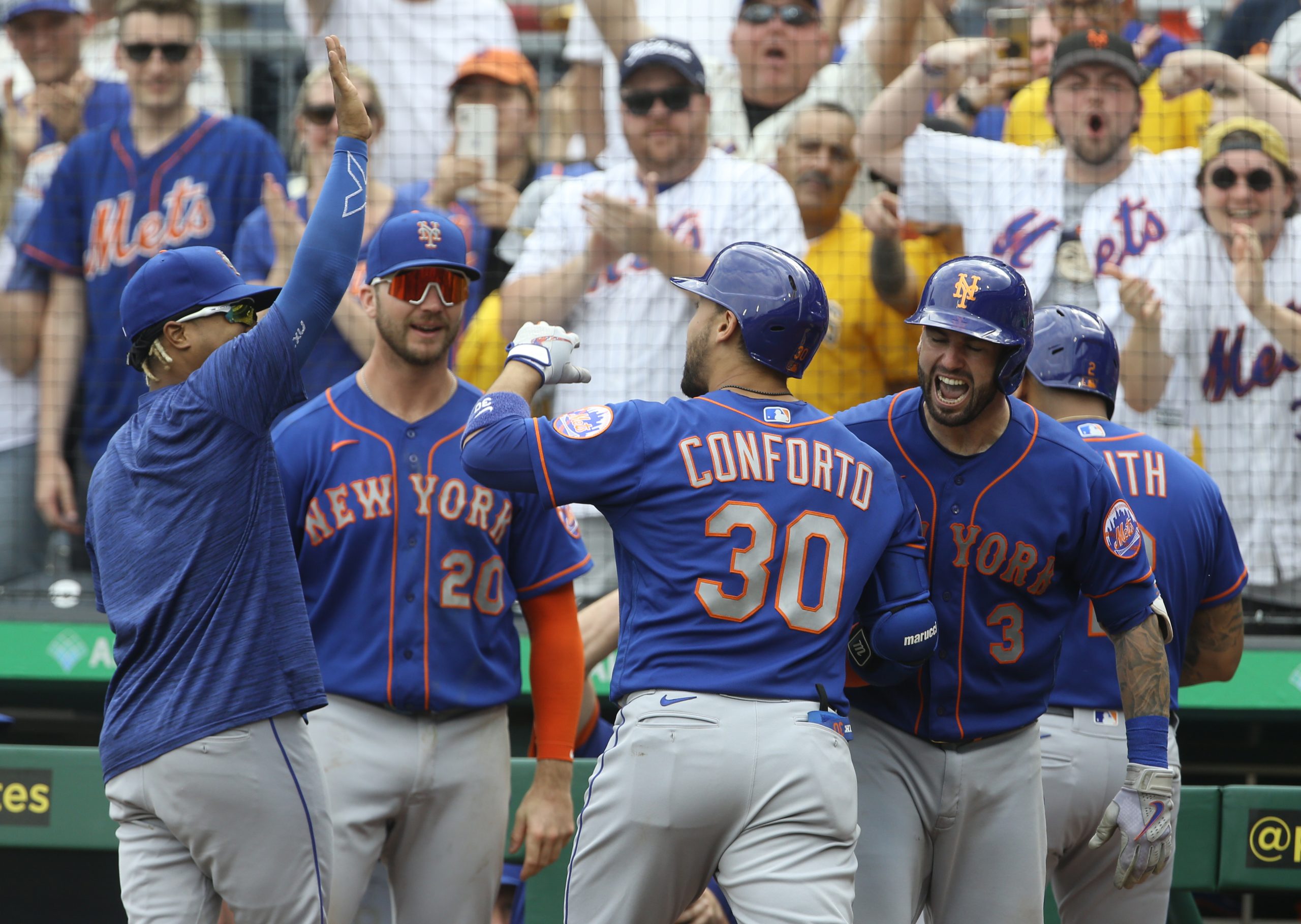 The New York Mets (48-42) salvaged what could have been a disastrous weekend in Pittsburgh by storming back to beat the Pirates 7-6 yesterday. Michael Conforto’s two-run homer in the ninth inning helped the Mets complete a massive comeback from a 6-0 deficit in the first inning to avoid a series sweep. That win could help the Mets rebuild some momentum as they continue their National League Central road trip tonight with the first of three against the Cincinnati Reds (48-45). First pitch for the opener is scheduled for 7:10 p.m. at Great American Ball Park.

2020 was a big year for the Reds, who went all-in during the offseason to try and make the postseason. The moves worked as Cincinnati went 31-29 to finish third in the NL Central, three games back of the first-place Chicago Cubs, and earn a spot in the expanded postseason field before falling in the Wild Card round to the Atlanta Braves. Finances played a role in some tough decisions for the Reds over the winter, who let Trevor Bauer and Anthony DeSclafani leave as free agents while also parting ways with Archie Bradley and Raisel Iglesias in the bullpen. The remaining pieces have done enough to keep Cincinnati afloat for a while but a three-game sweep by the Milwaukee Brewers over the weekend has left the Reds seven games out of the division lead, making this week critical for them to bounce back if they hope to make a playoff push again.

Right-hander Jerad Eickhoff (0-1, 4.97 ERA) will take the mound for the Mets tonight. Eickhoff’s last appearance came on July 11 when he allowed two runs in 2.2 innings of long relief during a bullpen day against the Pittsburgh Pirates on July 11. That day ended without a decision for Eickhoff as the Mets blew a 5-0 lead to the Pirates on their way to a 6-5 loss. The Reds will counter with rookie righty Vladimir Gutierrez (4-3, 4.29 ERA). Gutierrez’s last start came on July 10 when he allowed one run in six innings against the Brewers but was not a factor in the decision. The Reds ended up winning that game 4-3.