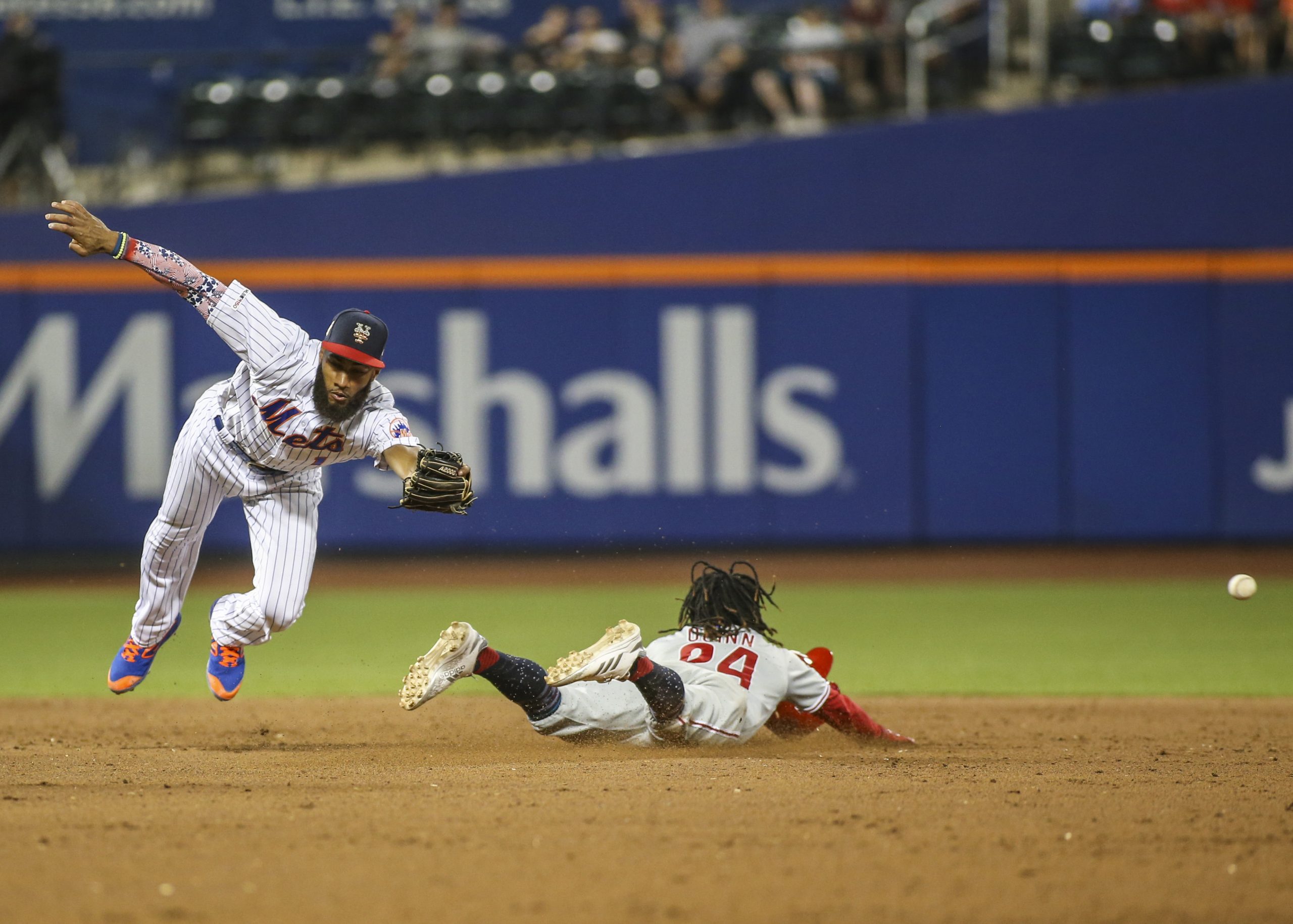 The New York Mets (39-49) celebrated 30 years of Seinfeld last night, but they didn’t do a ton to make super fan Jerry Seinfeld happy. Despite carrying a 2-1 lead into the seventh inning, the Mets gave up the lead to the Philadelphia Phillies (46-42) and watched their bullpen implode spectacularly in the ninth inning of a 7-2 loss. The Mets have now dropped two straight and will look to bounce back as they continue their series with the Phillies tonight. First pitch for the game is scheduled for 7:15 p.m. at Citi Field.

The Mets will send right hander Noah Syndergaard (5-4, 4.56 ERA) to the mound tonight. Syndergaard pitched well in his return from the injured list, allowing three runs in 5.2 innings against the Atlanta Braves on Sunday, but left the game in line for a loss. The Mets ended up rallying in the eighth inning, leaving Syndergaard with a no decision as the Mets won 8-5. The Phillies will counter with veteran righty Jake Arrieta (8-6, 4.43 ERA). Arrieta  had a bit of trouble in his last start, allowing four runs in six innings against the Miami Marlins on Sunday, but ended up with a win anyway thanks to some superb offensive support from his teammates.

Noah takes the bump as we take on Philly. #LGM