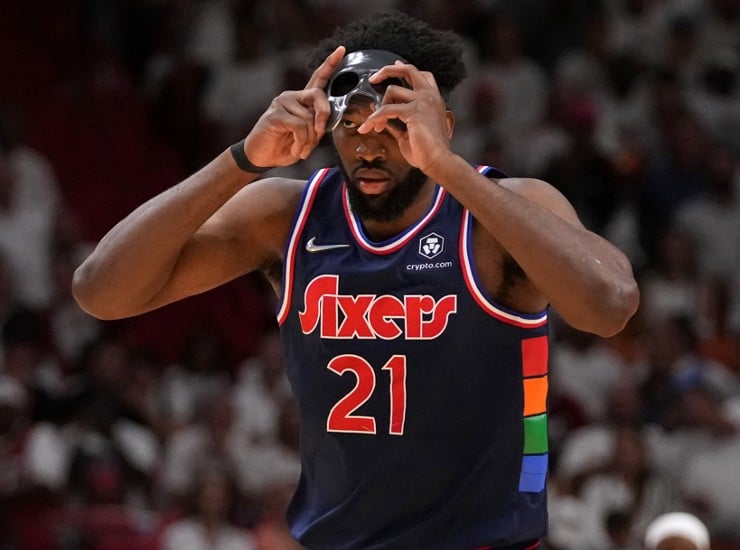 Philadelphia 76ers center Joel Embiid opened up about MVP voting after his team lost Game 5 against the Miami Heat. Though, leading up to the Sixers’ loss, Embiid has known for a while that Nikola Jokic would win his second straight MVP award. The voting results will not be announced until next week, and the five-time All-Star is expected to finish in second place.

During the Game 5 postgame press conference on Tuesday, Embiid told the media: “This is something that I knew weeks ago. And when he [ESPN’s Tim Bontemps] did his straw poll or whatever, I just knew it wasn’t going to happen. Obviously, congrats to Nikola. He deserved it. He had an amazing season.” So, is the MVP voting process flawed? Keep reading.

However, later during his interview, Joel Embiid mentioned the time when Bill Simmons said “F**k Jalen Green” on his podcast. He wondered if a voter’s credibility should be called into question if the voter shows biases towards or against a specific player. In other words, an NBA analyst could be holding a grudge against a player. Who would ever know? If made public, he’s not wrong on his assessment.

Furthermore, the center continued on: “If we’re going to allow these types of people to vote on these awards, that’s not fair. What if Jalen Green is in a position to earn a super max contract or an All-Star appearance, and you’ve got someone sounding like that? And he has a lot of power. He can sway a lot of media members, and you’ve got someone saying that type of stuff. I don’t think it’s fair, I don’t think it’s ok.”

Additionally, just to be clear, Embiid is not mad about coming in second or third. Deep down, the 28-year-old cares more about a ring. Therefore, the center is probably more disappointed that his team is on the verge of getting bounced again in the playoffs. He even said it himself that he believes Nikola Jokic, Devin Booker and Giannis Antetokounmpo are all terrific MVP candidates.

In the NFL, sportswriter Hub Arkush announced that he would not cast an MVP vote for quarterback Aaron Rodgers because he thought Rodgers was “the biggest jerk in the league.” This story surfaced in December. In the end, one vote didn’t matter. Rodgers still won the award. Nonetheless, it would be different if most MVP voters disliked the best performing player and refused to vote for him.

Overcoming adversity is just something Joel Embiid is used to by now. Last month, he sustained a torn ligament in his right thumb. Also, in the 76ers’ Game 6 win over the Raptors in the first round, the sixth-year player suffered a right orbital fracture and concussion. The center will undergo surgery on his hand during the offseason.

Besides factoring in team records, the other important criteria for the MVP award are regular season stats. In a total of 68 games played, Embiid averaged 30.6 points, 11.7 rebounds and 4.2 assists per game. The center shot 49.9% from the field as well.

Likewise, Jokic became the first player in NBA history to record 2,000 points, 1,000 rebounds and 500 assists in a single season. If Jokic wins back-to-back MVP awards, no one can say it wasn’t earned. He was arguably the best center in the league this season. No offense to Joel Embiid and his point regarding the voting process. Other NBA news and betting content is under the tab above. 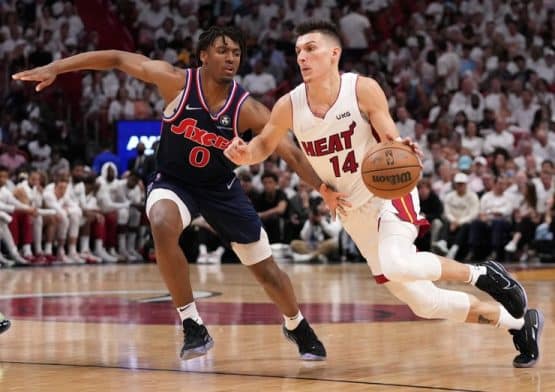 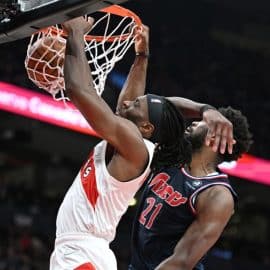 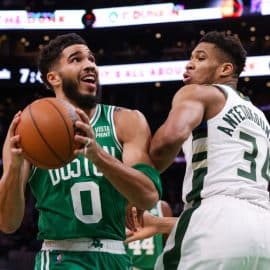