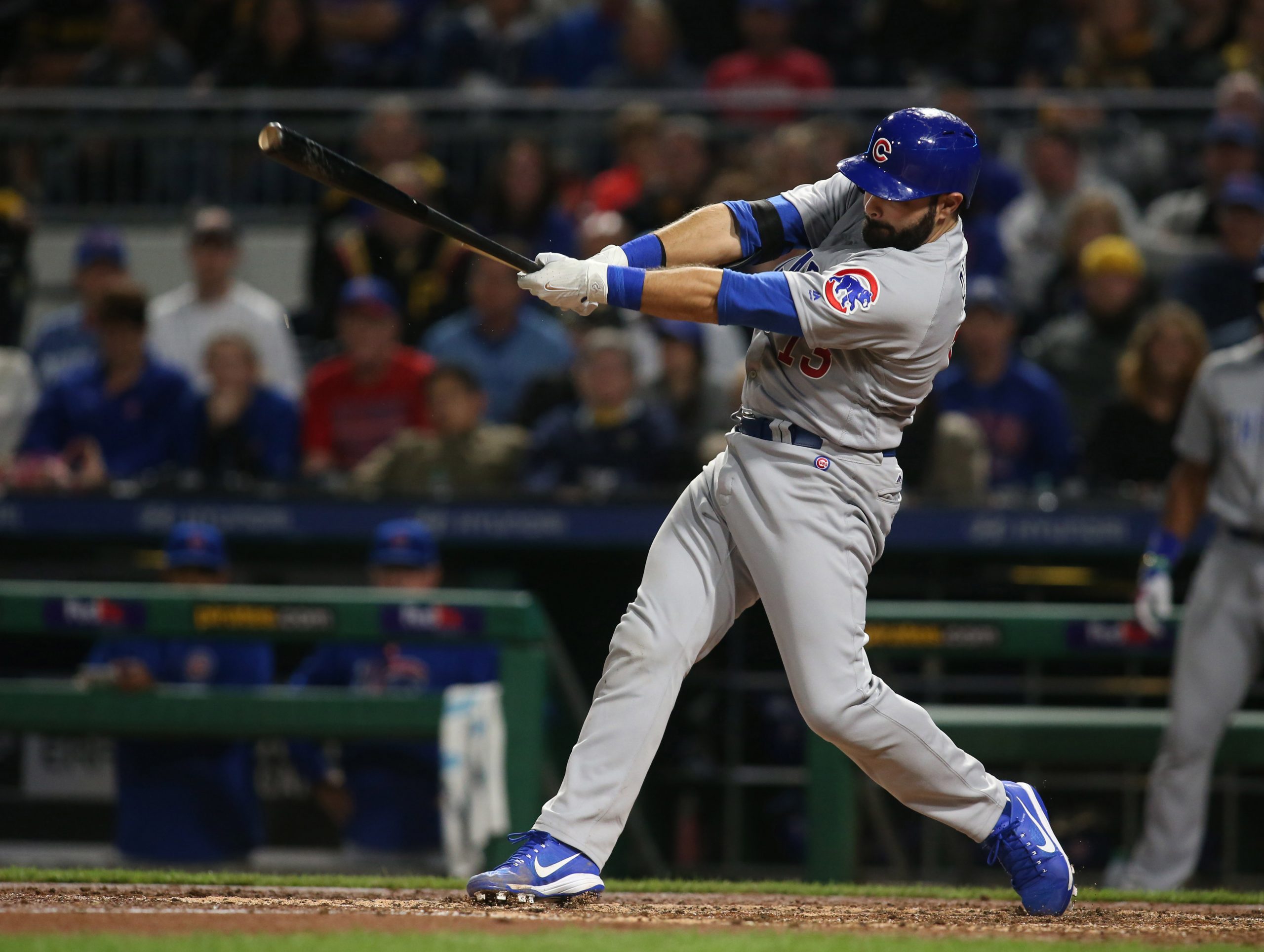 The winter is normally brutal enough for baseball fans — there’s snow on the ground, it gets incredibly cold (in the northeast, at least) and there’s no sight of actual baseball being played. The one thing we can hold onto to provide the warm and fuzzies before Spring Training finally arrives is the Hot Stove.

You don’t need me to tell you that the Hot Stove has failed to keep us occupied throughout this offseason.

This topic has been covered multiple times, and there are still a ton of top major league players still in need of a job for 2018, including Yu Darvish, Jake Arrieta, Lorenzo Cain, and J.D. Martinez. Now that January is here — and February is literally right around the corner — history has showed us that teams are more likely to get bargains on certain players because they just want to get signed already (and nobody can blame them). With that in mind, which players stand to be bargains for the teams that eventually sign them?

The following nine players all ranked 20th or worse in MLB Trade Rumors’ top-50 free agent rankings earlier this winter for a number of reasons, whether there’s just no market for them or they’re flawed in some way. We’ll only be focusing on position players here, and the majority of them aren’t every-day players anymore. That still doesn’t mean they can’t provide some value as we assume their asking price is plummeting.

In splitting his 2017 season with the Detroit Tigers and Chicago Cubs, Avila spent most of his plate appearances facing right-handed pitching (332 of his 376 total trips to the plate). However, the veteran backstop put up results that he hasn’t seen very often during his big league career.

Gomez bet on himself last winter by signing a one-year deal worth $11.5 million with the Texas Rangers, and it sure doesn’t look like he’s going to get a more lucrative contract this time around. Injuries limited him to just 426 plate appearances in 2017, but he bounced back following a couple rough years in the batter’s box.

He’s not a terrible defender and has experience with all three outfield positions, but it is worth noting that his strikeout rate is still alarmingly high, while he struggled away from Arlington (138 wRC+ at home, 84 on the road) and against lefties (69 wRC+ against lefties, 122 against righties). His contact numbers don’t look drastically different in each situation, except for his hard-hit rate against southpaws (29.3%) compared to righties (41.9%).

Although he struggled after getting acquired by the Tampa Bay Rays (.175/.285/.444 triple slash in 200 plate appearances), the overall body of work was solid for Duda, who was limited to just 172 plate appearances in 2016. His 12.2% walk rate was the highest it’s been since 2013, while he cracked the 30-homer plateau for the second time off the strength of a career-high .279 ISO.

Duda also had a fly-ball rate (48.6%) in line with his career norms, and paired that with a single-season career-high hard-hit rate (42.1%). The left-handed slugger’s performance against southpaws (72 wRC+) lagged behind what he did against righties (126 wRC+) despite not many differences in his batted-ball profile outside of a noticeable dip in line-drive rate (12.7% vs. LHP, 23.3% RHP).

But still, as a cheap source of power at designated hitter or first base on likely a one-year deal, he’s a viable option.

There are a number of former New York Mets players here because it’s hard to deny the value they bring at this point in the winter. The homers and defense weren’t as good as his 2016 season, but Walker managed to put up a year that wasn’t far off from the remainder of his career.

One of the things that stood out about his 2017 was the 12.3% walk rate, which is a single-season career high. His plate-discipline numbers followed suit with a career-best 26.7% chase rate, but his 61.9% swing rate on strikes was a career-worst mark. It’s also worth noting that the switch-hitter struggled against southpaws (67 wRC+) compared to the year before (168 wRC+), but some of his peripheral numbers suggest his 2016 performance could potentially be more of an outlier when compared to the rest of his career.

We’ve spent most of this article talking about the offensive value these position players could bring to a potential new club. That doesn’t really pertain to Dyson, at least in the traditional sense.

The fleet-footed outfielder slashed .251/.234/.350 through 390 plate appearances in 2017, which led to an 85 wRC+. This isn’t far off from his normal production, as Dyson has never posted a wRC+ higher than 95 since debuting in 2010. He still managed to produce 2.1 fWAR for the Seattle Mariners last year, though, and it’s because of everything else he brings to the table.

His defense has also been terrific, saving the sixth-most runs (58) among outfielders with at least 500 innings logged since the 2014 season. If we’re talking strictly about free-agent value, 2017 couldn’t have been more of a disaster for Lucroy. Between 2012-16, he built up a reputation as one of baseball’s best offensive catchers, but everything just bottomed out.

This is more of a look at his reputation and past track record instead of recent performance (along with his ability to handle a pitching staff), but he could be an intriguing bounce-back candidate in more of a part-time or timesharing type of role behind the plate.

Like a number of the players here, Jose Reyes is best suited as a bench player that can play multiple infield positions. However, he did prove to be quite valuable at the plate for the Mets last year following a horrific start. The soon-to-be 35-year-old is nowhere close to the electric player he was during his prime, but he still slashed a productive .245/.315/.413 with 15 homers (his most since 2008), 58 RBI, 75 runs scored, and 24 stolen bases.

In a perfect world, it’d be better if his fly-ball rate decreased from the 43.0% mark it’s been at the last two years in favor of more line drives based off his quality of contact numbers. He has been worth 3.3 fWAR over his past 840 plate appearances, though.

Update: Reyes agreed to a one-year, $2 million deal Thursday with the Mets.

With his first opportunity for a full season’s worth of plate appearances in 2016, Eduardo Nunez backed it up with a performance that was just as good. His 24 stolen bases and 3.7% walk rate were both worse than the year before, but it helped that his 112 wRC+ is a new single-season career high thanks to a .313/.341/.460 triple slash.

His speed certainly plays a factor in this success, but there should at least be some concern about his career-high .333 BABIP when it’s paired with a 53.4% ground-ball rate, along with a soft-hit rate (24.5%) that’s almost higher than his hard-hit rate (26.7%). It also doesn’t help that Nunez’s 39.0% chase rate since 2016 is one of the highest among players with at least 350 plate appearances.

Once again, the value a team could get from him — someone with speed that has played positions all around the diamond — could easily outweigh those concerns, especially considering the potential price it’d cost at this point in the offseason.

CarGo picked a terrible time to have the worst year of his career, but a torrid month of September may be his saving grave.

The veteran outfielder slashed just .262/.339/.423 with 14 homers and 57 RBI through 534 plate appearances, which sussed out to an anemic 84 wRC+. Compared to the year before, his ground-ball rate is on the rise, while his fly-ball rate and hard-hit rate are both on the decline. His defense also wasn’t great, all of which led to a -0.2 fWAR that was one of the 15 worst marks among qualified hitters in 2017.

But check out how his performance changed when focusing in on a resurgent final month.

That strong finish plus his past track record as a solid contributor should eventually get him a gig somewhere. Still, he probably wishes he took the four-year offer Colorado put on the table last spring instead of whatever deal he’ll eventually get.