A few items from the past week 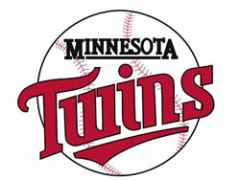 The Twins have made several moves over the past week, including the addition of a pair of outfielders, a reliever and the subtraction of another pitcher who only had a couple of months in the organization. Let’s run through the Twins transactions of the past week.

Twins sign Drew Stubbs to a Minor League deal – The Twins are at a point in the offseason where they are investing in low cost options that remain on the market, regardless of the position they play. They added a former rising star in Drew Stubbs, who used to have a reputation as a solid fielder, but that has deteriorated with age. He also was once a pretty decent power hitter, but now, he hits in the .240s and hasn’t had a double digit home run season since 2013, and even that was in Colorado. There is some speculation that Stubbs could challenge Robbie Grossman for a spot on the roster, but that doesn’t seem particularly likely. Nobody is gong to complain about a little depth, though, especially if it keeps infielders out of the outfield.

Twins add Craig Breslow on a Minor League deal – For 38 2/3 innings in 2008, Craog Breslow was brilliant for the Twins. He struggled in a shorter stint in 2009, and ended up being placed on waivers, claimed by the A’s. He was then pretty reliable for a solid 5 years for 3 teams, before he started to break down in 2014 with the Red Sox. He’s been a bit off the last few years, but has recently changed his mechanics and is hoping for another Renaissance. At the very least, he should be a steady contributor out of the pen, assuming there is a spot for him. He fashions himself as a LOOGY type, which is nice.

Twins trade Pat Light to Pittsburgh for cash – This is mostly notable because it is the first real trade the new front office has made. They did trade a Rule 5 pick to the Padres, but Pat Light was the first player that had been on the Twins roster when they took over that was traded. He was placed on waivers when the Twins added Ehire Adrianza, and was originally acquired in the Fernando Abad deal last year. For the record, Rob Antony’s tenure now boils down to: Abad, Nunez, Nolasco and Meyer traded for Mejia, Santiago, Busenitz and cash. That’s pretty terrible!

Twins sign Quintin Berry on a Minor League deal – Berry had one solid year, 2012, when he had 330 at bats and stole 21 bases. I note that, because that’s what Berry is known for. It’s not hitting, it’s not fielding, it’s his pinch running in 2012 for the AL Champion Tigers. It seems unlikely that Berry will spend any time in Minnesota, but if he does, at least it won’t be a complete surprise.