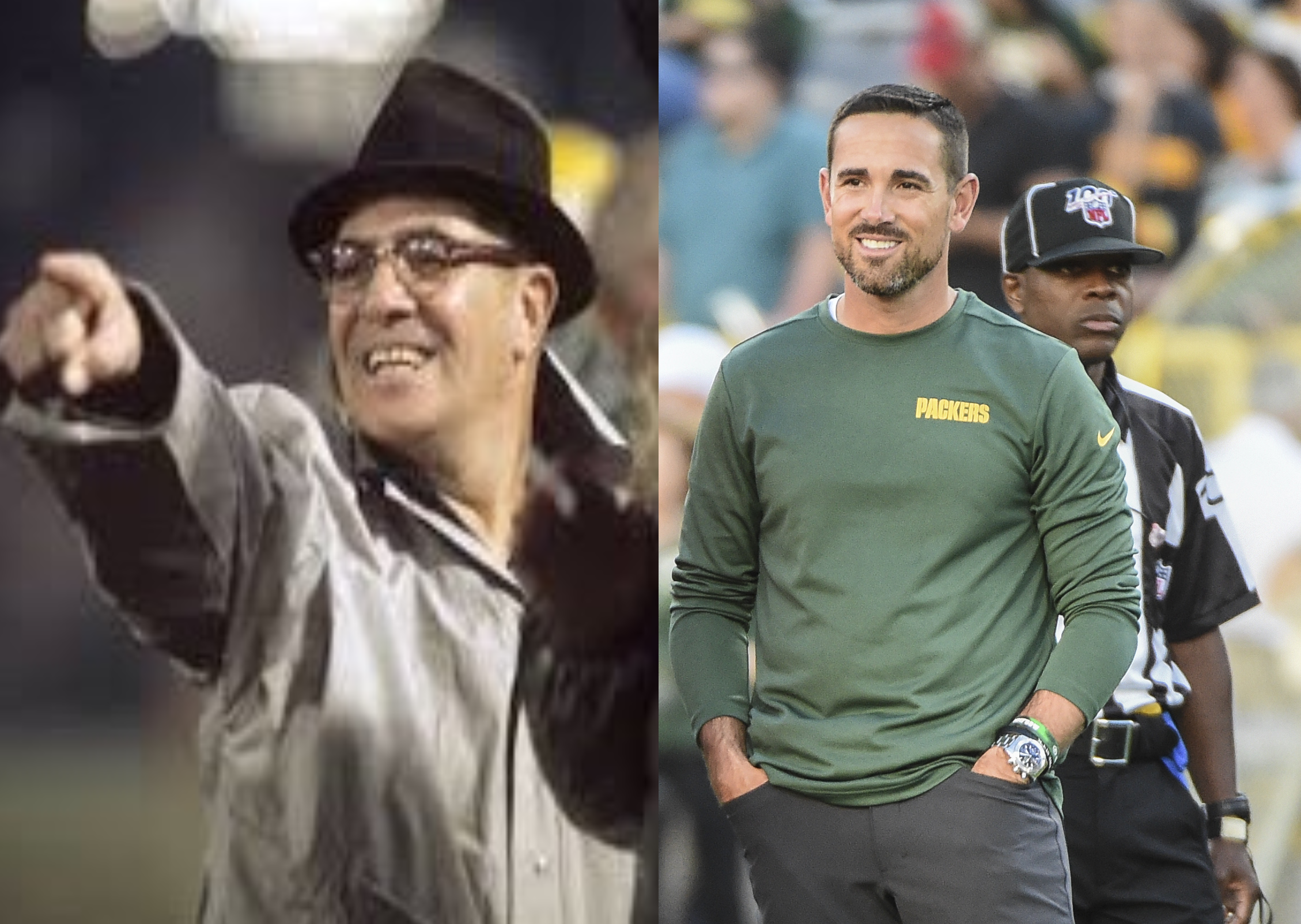 Matt LaFleur will make his NFL coaching debut on Thursday night when the Green Bay Packers take on the Chicago Bears at Soldier Field. Let’s look back at how previous head coaches did in their Packers debuts since Vince Lombardi took over in 1959. The results have been mixed over the years and whether the coach won their first game had little correlation with their ultimate success or failure over the course of their careers. Interim head coaches are not included in this list.

The Packers were just 1-10-1 in 1958 but matched their win total from the previous season in Vince Lombardi’s coaching debut at City Stadium (now Lambeau Field) in Green Bay. Jim Taylor scored the game’s only touchdown midway through the fourth quarter. Jim Ringo set up the score when he recovered a fumble on a Chicago punt return. Dave “Hawg” Hanner added a safety for the Packers in the final minute to clinch the victory. The players carried their new coach off the field on their shoulders. It was the first of Lombardi’s 89 regular season wins in Green Bay and the beginning of a dynasty.

Phil Bengtson had the unenviable task of following Lombardi as head coach in 1968 but he got his tenure off to a successful start with a 30-13 win over the Eagles in Green Bay. Bart Starr completed 14-of-18 passes for 220 yards and two touchdowns while Donny Anderson paced the Packers rushing attack with 92 yards on 12 carries. Boyd Dowler made five catches for 110 yards which included a 55-yard touchdown pass that gave the Pack a 21-6 halftime advantage. The Packers finished the season 6-7-1 and their streak of three consecutive championships ended.

The Devine Era got off to a quick start when Ken Ellis returned a missed field goal 100 yards for a score, but the Giants scored two quick touchdowns in the second quarter just six seconds apart on fumble recoveries to take a 28-7 lead. Devine was forced to leave the game in the fourth quarter when he was hit by a player on the sideline and suffered a broken leg. Donny Anderson rushed for 99 yards and a touchdown while rookie quarterback Scott Hunter came off the bench to throw two TD passes to get the Pack close. The Pack finished the season 4-8-2.

Bart Starr made his coaching debut at Milwaukee’s County Stadium, but it was spoiled by special teams’ mistakes. Punter Steve Broussard had three punts blocked and two of them were returned for touchdowns. Meanwhile, Packers kicker Chester Marcol, who led the league in scoring in 1974, suffered a torn quad and was lost for the season. Defensive lineman Dave Pureifory took over the kicking duties and made one of two PATs in the game. John Brockington rushed for 55 yards and a pair of touchdowns for the Pack who finished the season a disappointing 4-10.

Lynn Dickey threw for one touchdown and ran for another to lead the Packers to a 24-23 win over the Cardinals in Forrest Gregg’s first game as head coach of his former team. James Lofton had a big game with seven catches for 134 yards. The Cardinals had a chance to take the lead with 2:10 left in the game, but kicker Neil O’Donoghue missed a 45-yard field goal. The Packers would lose their next seven games under Gregg before rallying in the second half of the season to finish 8-8.

Faud Reveiz kicked a 25-yard field goal with 4:40 left in overtime to spoil Mike Holmgren’s Packers debut while giving Dennis Green a win in his first game as the Vikings head coach. Don Majkowski threw for two touchdown passes for the Packers while running back Vince Workman ran for 89 yards and caught 12 passes for another 50 yards. Rich Gannon threw a pair of touchdown passes to Hassan Jones to pace the Vikings attack. The Packers would finish Holmgren’s first campaign with a 9-7 record. The season would turn in Week 3 when Majkowski was injured and replaced by the recently acquired Brett Favre. Favre would remain the Packers starter through the end of the 2007 season.

Brett Favre led the Packers to a thrilling 28-24 comeback win over the Raiders in Ray Rhodes’ Packers debut at Lambeau Field. Favre took the Packers 82 yards on 11 plays in just 1:51 that culminated with a one-yard touchdown pass to backup tight end Jeff Thomason with just 11 seconds left. Favre threw for 333 yards and four touchdown passes in the game but also threw three interceptions. Antonio Freeman finished with seven catches for 111 yards. The Pack finished a disappointing 8-8 in Rhodes’ only season as Packers head coach.

The Packers late comeback attempt fell short when Brett Favre was intercepted by the Jets Victor Green with 1:08 left in the game. Favre finished the game with just 152 yards and one touchdown, a four-yard toss to Tyrone Davis in the first quarter. Curtis Martin led the Jets attack with 110 yards on 30 carries. The Packers and Jets both committed 10 penalties in a mistake-filled game. The Packers finished the season 9-7 under Sherman.

The Mike McCarthy era got off to an inauspicious start as the rival Bears blanked the Packers 26-0 at Lambeau Field. The game marked the first time in Brett Favre’s career that the Packers were shut out. Robbie Gould kicked four field goals for the Bears while Favre was just 15-of-29 for 170 yards and two interceptions. Ahman Green provided the Packers with 110 yards rushing on 20 carries and Donald Driver caught seven passes for 96 yards, but three turnovers doomed the Packers efforts. The Pack finished 8-8 in McCarthy’s first season at the helm.

How will Matt LaFleur do in his debut? We will find out Thursday night in Chicago. More importantly, how will LaFleur’s tenure as Packers coach go? That answer will take a lot more than one game to determine.