A Look Back At SummerSlam 1999 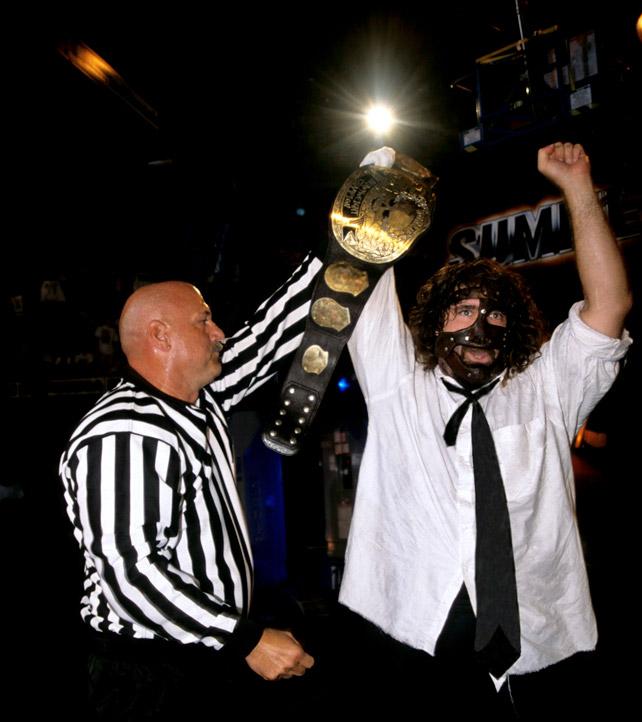 With the 30th installment of The Biggest Party of the Summer just around the corner, join us as we take a look back at the history of SummerSlam. The ups, the downs, the moments, the stars, and the Governor in office in the ring!

At his Hall of Fame induction speech, Mick Foley made reference of the fact that fellow inductee held the WWF Championship for an astonishing 4,040 days between his two reigns with the title. Foley, on the other hand, held the prestigious belt on three separate occasions for a grand total of … … … 47 days. Yep, a month and a half – weird. 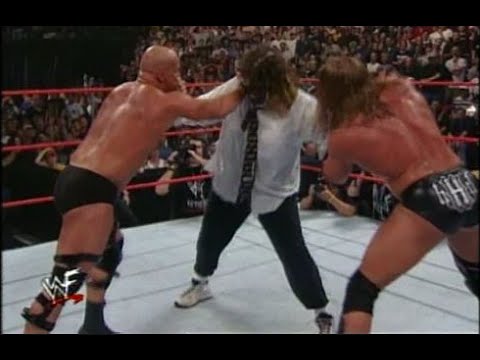 1996, it was finally time for Triple H to show us that we all needed to be ready to play The Game. The call was made for Triple H to hold the strap for the first time in his career. Then, for whatever reason, the call was switched. *cough* *Austin* *cough*

The match was a good one with current Minnesota Governor and WWF legend Jess Ventura wearing the stripes to make the three count. Ventura told the competitors that they could do whatever they wanted but the three count had to be legit. This came to fruition with Triple H used a chair to get the upper hand, made the cover, and Ventura wouldn’t count. It definitely added an added degree of drama you wouldn’t really see in matches that much. Only Jesse!

Mankind would end up getting the pin and become the WWF Champion for the third time. However, Mankind would be goaded into defending the title the next night against Triple H, where The Game would get the win and his first WWF Championship. It happened on Raw instead of the biggest show of the Summer the previous night. Again…weird!

Unfortunately this show gives you plenty of opportunities to move away from the TV without missing anything of importance. It was a very top-heavy show with not a lot of intrigue in the bottom of the card.

Road Dogg made his way to the ring for an impromptu promo for…well…I don’t know, but that’s not the important part. As he was in the ring the now-familiar countdown hit the screen, the pyro hit and out came the recently debuted Chris Jericho making his WWF pay-per-view debut. Jericho would throw jabs at the D-O-Double G showing that he belonged in the big leagues. Then…well then we wouldn’t see Y2J for a while. Though, and feel free to 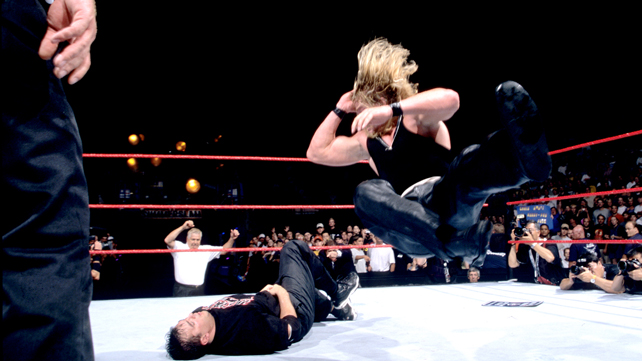 correct me if I’m wrong, things worked out eventually for him.

In what was probably the most drama-filled match of the night was the street fight between Test and Shane McMahon. The stipulation was that if Shane won then Test would not be able to date his sister, Stephanie, anymore. If Test won, then Shane would have to give them his blessing. The match included everything, including appearances from the Mean Street Posse and The Stooges, what else do you need?

How about the very first “Crazy Shane Move.” In an effort to finally put Test out of the picture, The Prodigal Son put his would-be brother-in-law on the announce table and delivered his first now-patented elbow drop from the ring. It wouldn’t be enough though as Test would fight back and win the 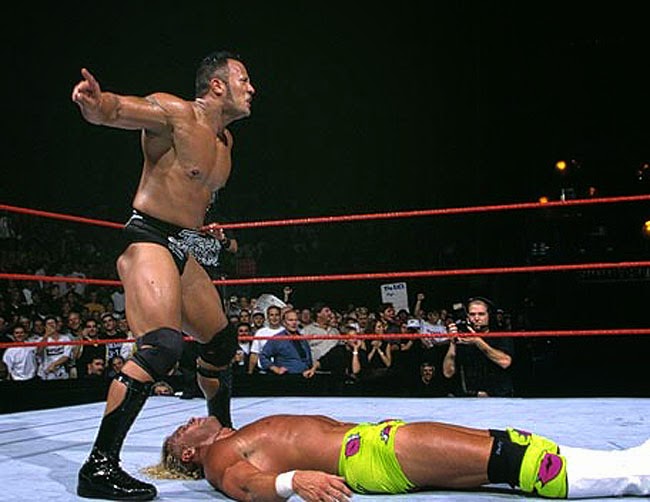 match. Afterwards, Stephanie ran to the ring to hug the love of her life and they lived happily ever after…for a few months.

The Rock vs Billy Gunn in a Kiss My Ass Match

This installment of The Biggest Party of the Summer gave us a few good matches, but as whole, this was a miss. A big percentage of the promotion of the event centered around Governor Ventura in the main event, and rightfully so. Unfortunately it seems like too much focus was put on the one match and not nearly enough on the rest of the show. Hey, they can’t all be winners!