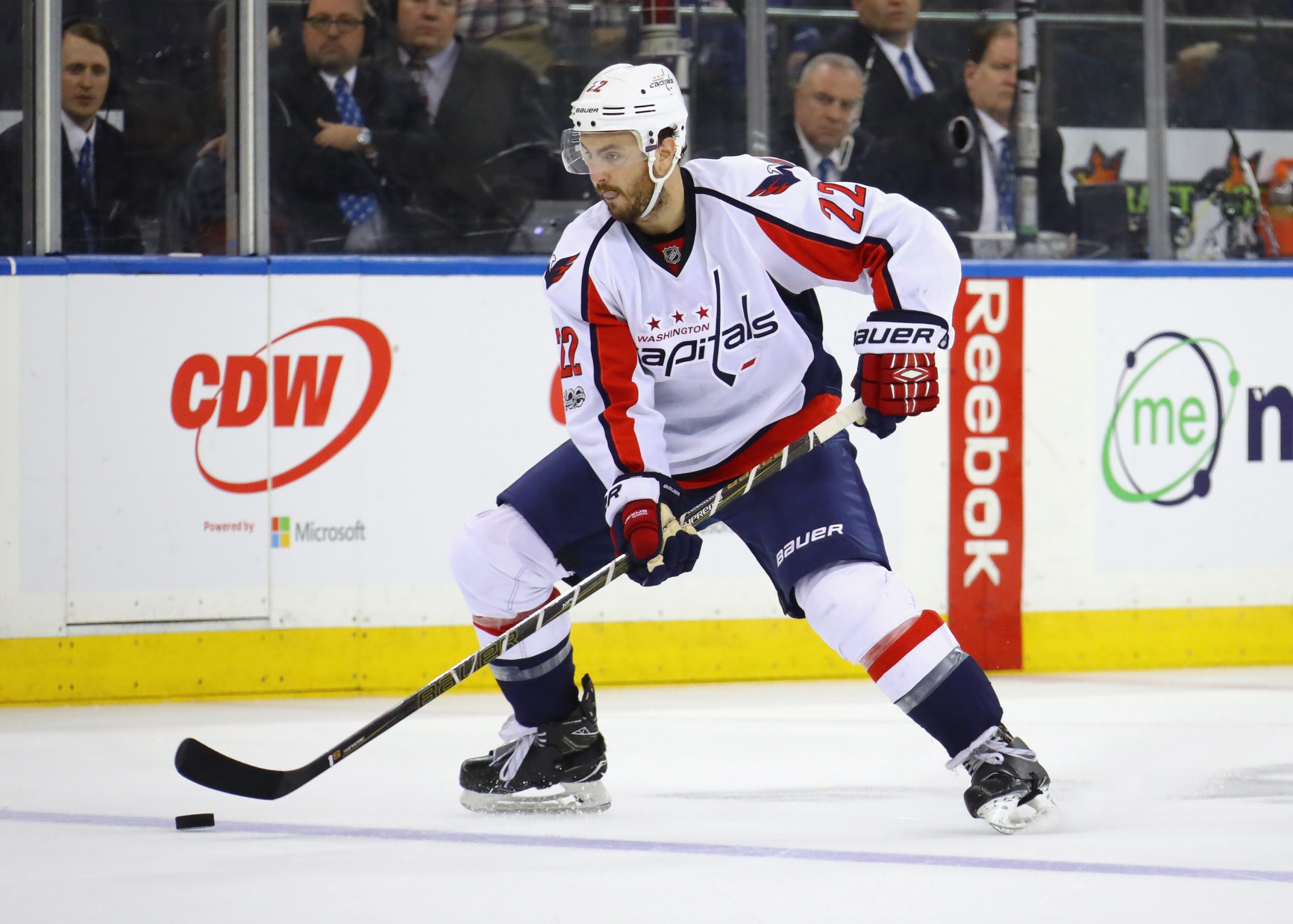 Your erstwhile Buffalowins Sabres blogger has fallen behind a little bit, but not to worry: here are the takes on the new coach, both drafts, and what’s to come in the free agent market.

The Sabres got their man in Housley, a former Sabre who had risen through the coaching ranks in the past decade – from high school hockey in Minnesota to the 2013 US World Junior squad all the way up to the Predators’ assistant coach. Reaction to the hire was almost universally positive, with many hoping that Housley would be able to fix the team’s horrid defense and bring an uptempo style to a club that’s been slooooow for the past five years or so.

I think it’s fine to expect that based on the team that Housley came from – the defensively stout, uptempo Predators – but a little silly to expect it based on the player that Housley was – a smooth skating offensive defenseman. It doesn’t translate like that; Housley can’t coach his players to be the next Phil Housley. Like a lot of people, I don’t have enough knowledge about hockey systems to know exactly what Housley is going to bring to the team, but everything he and GM Jason Botterill so far has seemed to point in the right direction. Color me optimistic.

Losing Carrier and a 6th round pick in the expansion draft, in the grand scheme of things, isn’t the worst thing. Carrier has some useful tools – his speed and puck retrieval – but he was never going to be more than a complementary player on a scoring line. The Sabres are already thin at goalie – and Cal Petersen ain’t signing here – so losing Carrier to protect Linus Ullmark is a price Botterill was likely happy to pay. I was happy to see the Sabres expose Moulson, Bogosian and Georges – getting out of one of those contracts would’ve been a boon – but less psyched to see Tyler Ennis get protected. I’m frankly tired of the Tyler Ennis narrative cycle; he had a good season when he was the only offensive option on the tank team (next to Cody Hodgson) and since then hasn’t shown much, whether due to injury or his style of play.

How many times are we going to project a bounceback for Ennis instead of just accepting that he is what he is? He’s a 15 goal guy on a good team – if he can play a full season – and one who turns the puck over far too often and isn’t all that good defensively. Only people wearing One Buffalo branded glasses are expecting improvement under, as I saw on twitter when the expansion lists came out, “Housley’s fast-paced system.” We don’t have to play this game every offseason. I would’ve exposed him and seen if Vegas wanted to take a chance on him, seeing as they’d have the ice-time needed for him to really produce.

Anyway, it’s all sour grapes now. Carrier is gone, likely to be replaced by any one of the depth wings that the Sabres have their organization – Bailey, Baptiste, Fasching, etc – and Ennis gets another chance.

The Sabres went forward at 8, drafting Minnesota’s Mr.Hockey Casey Middlestadt, likely frustrating a lot of fans who thought they’d surely go for a defenseman. With defensemen Miro Heiskanen and Cale Makar off the board, Botterill either couldn’t find a trade down partner for the right price or didn’t think any of the remaining defensemen were worth the 8th pick.  While defense is still the most pressing need on the roster, the prospect pipeline was thin across all positions, so I can see the logic in taking Middlestadt, a highly skilled pivot who just needs to get stronger to elevate his game to the next level. He’s heading to Minnesota this fall to play for the Gophers, and hopefully a college strength program and competing against mostly older players will up his game. While there were many other forwards Botterill could’ve taken, Middlestadt’s high-end skating and offensive creativity probably tipped the scales for him. In a relatively weak draft, I’m fine with taking a bet on Middlestadt’s skill translating to the next level. It may take a bit, though.

Once the second round rolled around, Buffalo once again skipped the D and picked a forward, Marcus Davidsson, and a goalie with a tremendous name, Ukko-Pekka Luukkonen, Davidsson profiles as a solid two way forward, and Luukkonen was the top ranked European goalie prospect this year. While one could quibble with another forward pick, it’s clear that Botterill wants a deep group to pick from to fill the depth of the team, which has been a problem for the Sabres as they’ve transitioned out of the tank roster. Davidsson has been praised for his hockey sense and skating, and projects to be a high floor guy that can do a little bit of everything for you. As for the goalie, the Sabres needed to grab another top-end goalie prospect after losing Cal Petersen, and Lukkonnen looks to be Botterill’s first shot at finding his guy in net.

Botterill addressed the defensive prospect depth by drafting two smaller, puck moving defensemen with his third and fourth round picks. Oskari Laaksonen, the earlier pick of the two, was not on many scouts’ radars, but the team’s scouts apparently saw enough to lock him up. Jacob Bryson, the later pick, finished his first year at Providence college, and though undersized, has been praised for his puck moving and offense initiation. While I would’ve preferred the Sabres take a defensemen earlier, they took two shots here to find someone who can eventually join the big club and give the team more and more options.

At the end of the draft, the Sabres took Linus Weissbach, a 5’9’’ winger with speed and creativity. At that point in the draft, it’s a crap shoot, so why not bet on scoring?

Botterill, overall, favored speed and puck moving, aping the model that has made the Penguins so successful these past two years – well, the model besides having Crosby and Malkin. He was able to significantly bolster his forward prospect pool, and hopefully will spend the next couple of drafts building up his defensive prospects, just as the Penguins have done in recent drafts. It’s impossible to get a full sense of how well Botterill drafted, but I do like the clear direction he’s taken in collecting assets.

It’s a lot to expect Botterill to shape this team into a playoff contender in year 1.  On the plus side, the Sabres have an enviable center duo of Eichel and O’Reilly, and good top 6 contributors in Kane, Reinhart and Okposo. He’s already added to the defense, but it still ain’t pretty: Ristolainen is an iffy top pairing defenseman, McCabe is solid, and Nathan Beaulieu can give you solid bottom 4 minutes, and that’s about it. Viktor Antipin and Brendan Guhle aren’t sure things at this point, and Bogosian and Georges should be getting bottom pair minutes on a good team if they aren’t a healthy scratch. What Botterill does this offseason is a crucial first step towards contention – he needs to continue to improve the defense and build up the forward depth.

Even with the trade for Beaulieu and the signing of Antipin, the Sabres defense is still crying out for a top 4 talent, preferably on the right side. Elliotte Friedman reported that the Sabres are in on Kevin Shattenkirk, who, despite a disappointing playoff run with the Capitals, is the top UFA defenseman on the market. At the right price – somewhere around 5 and a half million – it would be a great pickup for the Sabres. Shattenkirk can run a PP, outlet the puck effectively, and would ease Ristolainen’s minute load. He’s not the best defensive defenseman, but with a solid partner, he’d do wonders for the overall team structure. It would also push Bogosian further down the depth chart, which would be better for both Bogosian and the team as a whole.

Another intriguing option is sniffing around on Florida Panthers defenseman Jason Demers, who is apparently available for trade after the Panthers left him exposed in the expansion draft.  He’s a right shot defenseman signed to a reasonable contract for a couple more years, and would bring a game comparable to Shattenkirk’s for a better contract value. While he doesn’t have the point potential of Shattenkirk, he might give you a little more in his own zone – although his Corsi numbers from last season weren’t great, he also wasn’t on the best team. I’m not sure what’s happening in Florida, but if they’re not asking for anything crazy, I’d take the plunge.

In the more speculative realm, the Sabres could try trading a young forward – Evander Kane or Sam Reinhart, most likely – for a young defenseman from a team with a surplus on the backend. The Carolina Hurricanes could be open to moving a guy like Noah Hanifin or Justin Faulk, or teams like the Ducks and Wild could look to move one of their many young guys. While the cost would be high, the Sabres would be exchanging one (relative) strength to build up the weakest part of their roster. While losing Reinhart, and, to a certain extent, Kane, would be rough, grabbing someone like Hanifin would make up for it in the long run.

On the forward side, the Sabres, like nearly all teams, could use depth and speed. I wouldn’t expect them to make a big splash like they did last year in signing Okposo, but bringing someone like Nick Bonino in on a shorter deal to drive play on the 3rd line would be a solid addition. With contracts coming up for Eichel and Reinhart coming up, I don’t think Botterill will stretch for a big name at forward – not that any are really left with TJ Oshie off of the market, but the point remains. If they’re spending anywhere, it’s on defense, and they may be more likely to pick someone up in the trade market.