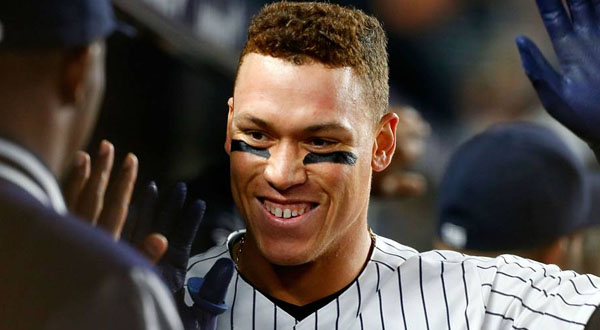 If you blinked…you missed it.

During this past weekend’s series between the Boston Red Sox and New York Yankees, some eagle-eyed fans noticed Aaron Judge stepping to the plate with a little Asian-inspired flair.

The Bombers super rookie broke out a new elbow guard that said, of all things, “Super Rookie Judge”. While there’s no story out there (yet) about the “how” and “why” surrounding Judge’s new gear, speculation among some fans is that the piece of body armor might be a gift from his brother. You see, the slugger’s adopted older brother John actually lives in South Korea as an English teacher.