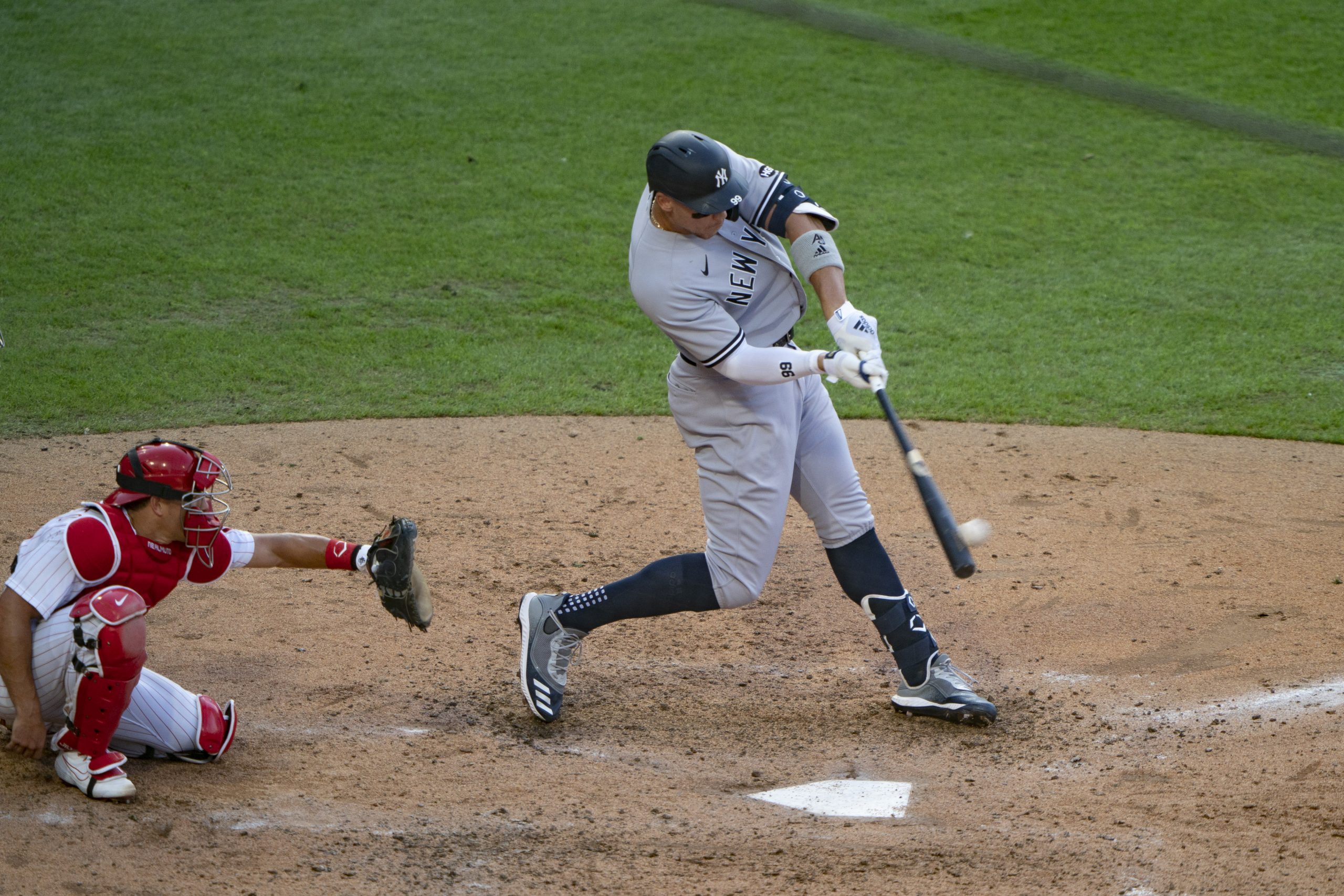 Yankees slugger Aaron Judge clearly used the extra time off that preceded the late start to the MLB season to get healthy and work on his swing, because he’s been on an absolute tear to begin his 2020 campaign.

The Yankees have really benefited, leveraging Judge’s home run prowess to an 8-2 record and first place in the AL East. And given all the other star power they have in their lineup, it’s no surprise that they’re off to a red-hot start with Judge crushing the ball like he is.

He hit his seventh home run in only 10 games during Wednesday’s (first) game against the Phillies sending a pitch from Austin Davis into the left-field stands.

That dinger tied A-Rod’s record (seven) for the most in a 10-game span.