After losing Brandon Brooks, what’s next for the Eagles? 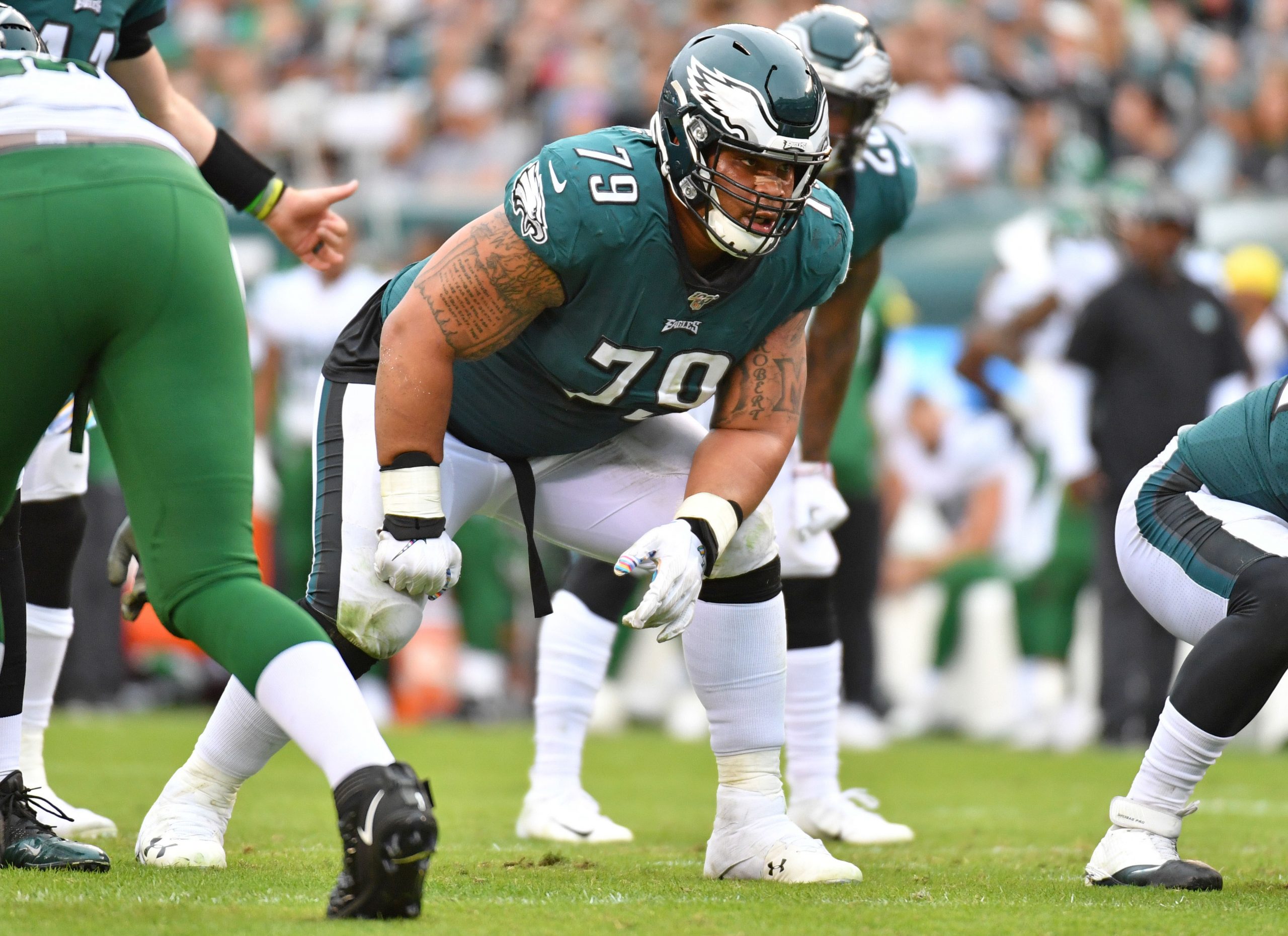 Earlier this week, the Philadelphia Eagles were rocked with the stunning news that Pro Bowl and All-Pro right guard Brandon Brooks suffered a torn left Achilles.

This is the second time in as many years that the 30-year-old offensive line has torn his Achilles. The first time happened in the 2018 NFC Divisional playoff game against the New Orleans Saints.

So I guess now that news is out yes I tore my other Achilles but when life gives you lemons you make lemonade. I’ll be back and better than ever. Appreciate the love ✊🏽

I’ve noticed a lot of ppl wondering how it happened so let me be clear. I was doing 60 yard shuttles and on 7/8 I went to touch the line push off and POP. That being said the work doesnt stop because of an injury the direction I’ll continue to move is forward. All love ✊🏽

With Brooks likely to miss the entire 2020 season, the Eagles now have a dilemma at the right guard position.

The first option for them is to stay in-house to fill the void left by Brooks. Head coach Doug Pederson echoed this sentiment in a virtual press conference a couple of days ago.

“As far as the plan moving forward, at this point, we’re still looking at a lot of options obviously, starting with our own roster and the guys that we have competing for those backup spots and possibly those starting spots. We obviously haven’t made any decisions,” he said (h/t CBS Philly).

If the Eagles decide to take this route, two players who could compete for the starting job are 25-year-old Matt Pryor and rookie offensive lineman Jack Driscoll.

Pryor, a TCU alum, started every game his senior year in 2017 with eight of them coming at right guard. Over his short NFL career, he has appeared in 12 games and started in place of Brandon Brooks in the NFC wild-card game against the Seattle Seahawks last season.

Driscoll was drafted on Day 3 of the 2020 NFL Draft and is a versatile athlete who started every game for Auburn in 2018 and 2019. However, that came at right tackle. Even though a majority of his starts were at right tackle, many analysts believe Driscoll can make the adjustment to guard in the NFL.

Outside of Pryor and Driscoll, another possibility for Philadelphia would be to bring back longtime All-Pro left tackle Jason Peters.

Peters is currently a free agent and has expressed interest in coming back to the Eagles. However, the question that Peters would have to answer is if he would be willing to move to the guard position.

The Eagles have been pretty adamant about having second-year offensive lineman Andre Dillard start at left tackle this season, so Peters would have to be willing to slide to guard for a potential reunion.

Additionally, the Eagles could also look for help via a trade, which from past history General Manager Howie Roseman has shown he is not afraid to make a move early in the year.

In his latest mailbag, Albert Breer of Sports Illustrated spoke about this idea and brought up New England Patriots All-Pro guard Joe Thuney as a possible trade option for the Eagles. Breer adds that the Eagles would at least explore it, but that depends on how Driscoll, Pryor, and Nate Herbig fare in training camp.

Finally, there are some veterans on the free-agent market such as Ronald Leary, Larry Warford, and Josh Kline, who could also be solid replacements for Brooks.