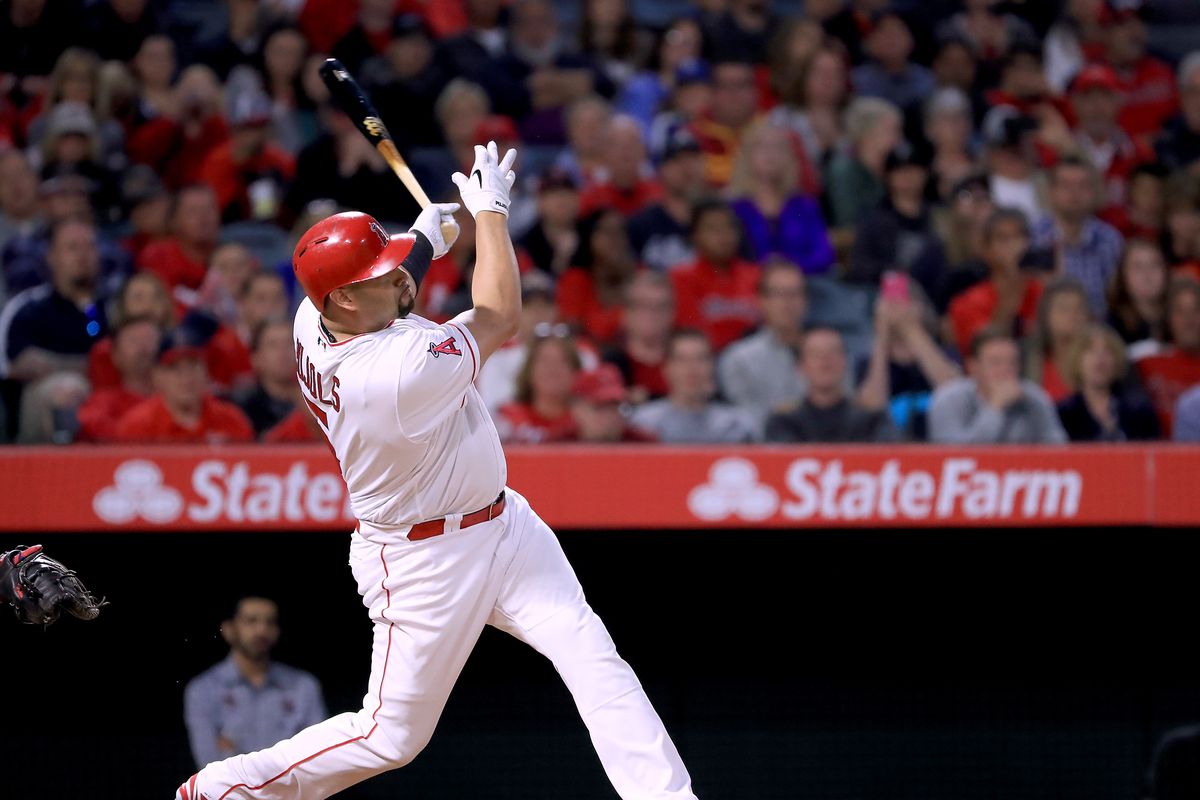 As of this post, the team averages 35,780 paid fans per game, good for 7th in MLB. Only a thousand or so less than the Yankees despite the fact that the team is already arrears in excess of 10 games for the division lead.

I really don’t want this to come across as seeming that Angels fans aren’t good.

This was the scene Tuesday night when Albert Pujols hit home run 599:

I couldn’t help but notice this cut-away shot of the crowd as Mr. Pujols became only the 9th player in the history of the sport to round 3rd base on a home run for the 599th time: Not to be insensitive, but when your dude does something that only 8 other people have done (that 19,006 people have tried)… doesn’t it deserve a standing ovation? Assuming that the 11 people I spotted in their seats are all able to stand and I’m not being a jerk, of course.

A couple of days ago, Awful Announcing had the following article:

Albert Pujols is about to reach 600 homers, and no one seems to care https://t.co/e0flsn63b9 pic.twitter.com/20VyudxrWf

And, dang, was it depressing.

This is a player that will be among the inner-circle greats of the Hall of Fame some day and one of his signature accomplishments is being met with a collective yawn from two different fan bases.

Worse – I can understand the apathy on both sides.

He left the Cardinals for more money. Totally his right, but Cardinals fans have moved on and most have only seen some highlights of him off and on for the past 5 years, if at all.

He’s played pretty OK-ish for the Angels, but they’ve only appeared in 3 playoff games since he arrived (0-3) and his massive contract is becoming a heavy weight for the team to carry as they try to build a serviceable team around Mike Trout. The fans don’t really have a moment where they can say ‘remember when Albert did (insert play here) in (insert big game here)’.

Who’s left to be excited?

Those Angels fans up above, firmly planted in their seats, treating home run 599 like it’s a sausage race or a particularly spicy kiss-cam bit? That’s the perfect image for this moment.

Somehow an all-time feat in baseball history has been reduced to a think-piece starter instead of a ruckus celebration.

History, hopefully, will be more kind.