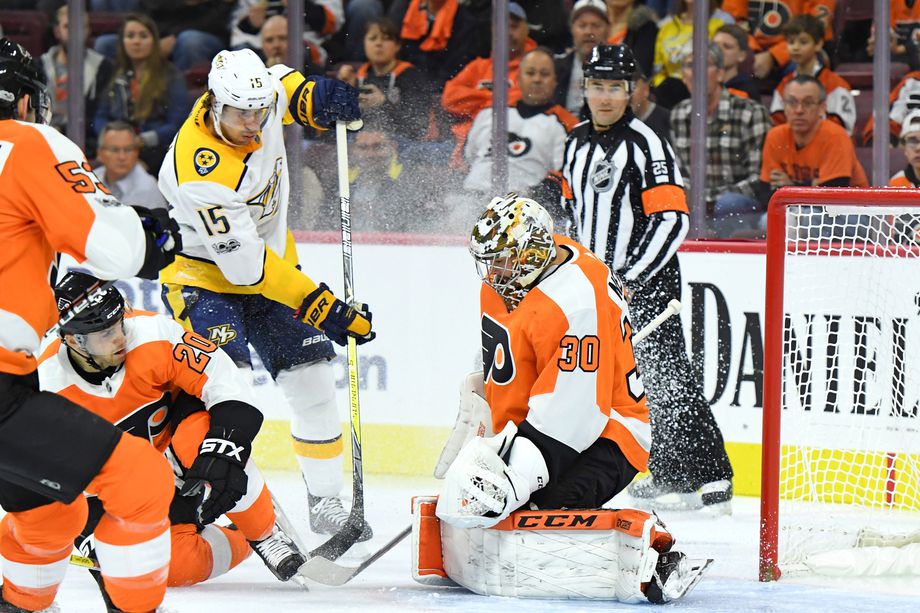 5 Takeaways from Flyers vs Predators

It is obviously Pekka Rinne who stopped all 28 of the Flyers shots. It’s his first shutout against the Flyers in his career.

A crucial turnover from Andrew MacDonald lead to a 2-on-1 breakaway with Colton Sissons and Kevin Fiala leading to the 1st and only goal of the game.

The Flyers face the Edmonton Oilers on Saturday at 1 p.m. where we get another look at Manning vs McDavid. I still do not know how Manning will be able to affect McDavid that much because McDavid currently looks unstoppable. But that’s a matchup Flyers fans are waiting for, and after McDavid blamed Manning for his season-ending injury two years ago, Flyers fans love to hate him.