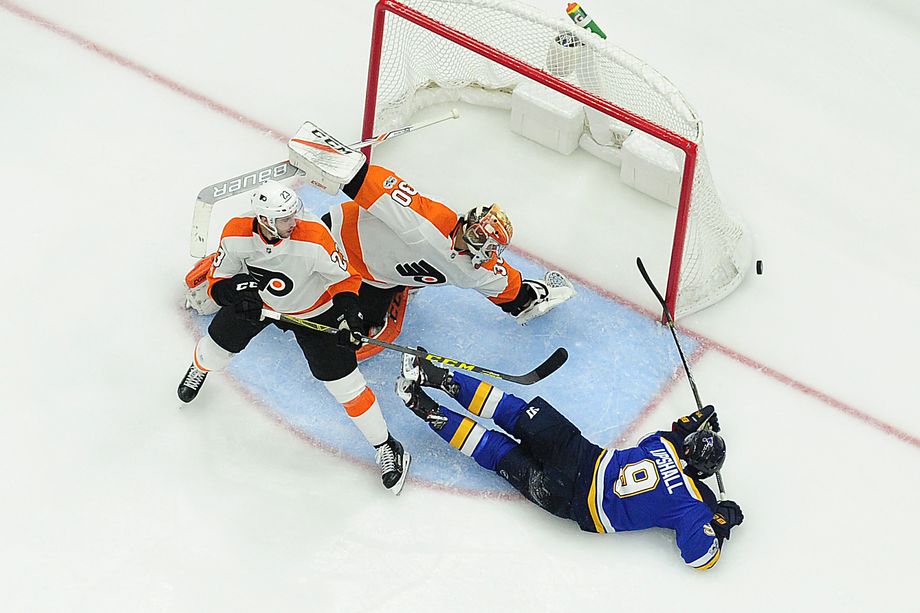 On the second night of a back-to-back, a night where the Flyers were down another big defenseman, the Flyers did something remarkable. Not only did they beat one of the best teams currently in the NHL, they SHUT. THEM. OUT. Wow. Here’s 5 Takeaways from the Flyers big win over the Blues.

5 Takeaways from Blues vs Flyers

It’s Neuvy. Plain and simple. I expect him to get the start on Saturday.

I don’t have a flub of the game in this one, unless you want to call the referee’s two minute interference penalty call a flub. It’s controversial. But nevertheless, it is still a dirty hit on Couturier, and it has led to way more concussions. The NHL needs to start cracking down on it.

The Flyers return to the friendly confines of the Wells Fargo Center for three games starting Saturday with the Colorado Avalanche.